Does the Fourth Hokage really care about his students?

I don't recall the Fourth Hokage crying or even displaying any emotion at all with regard to the death of two of his students. Does he not really care about them?

This question requires an in-depth analysis of the Fourth Hokage Minato Namikaze, as well as some of the world building in Naruto. First off, is it true Minato is unemotional with regards to the death of two of his students? I believe so. Obito dies in Episode 120 of Naruto Shippuden, Kakashi Chronicles: A Boy's Life on the Battlefield: Part 2. Kakashi and Rin both cry in this episode (though Rin does wipe away her tears and sets a determined mien when she does the eye transplant surgery). But Minato is not shown crying at all. In fact, this was about as emotional as I could find while watching him talk to Kakashi: 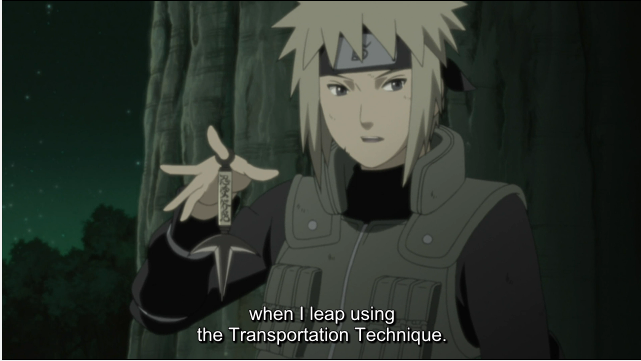 I'll grant him that this is after Rin told him, and Kakashi has been unconscious for a while, but on the other hand look what Rin's doing right now: 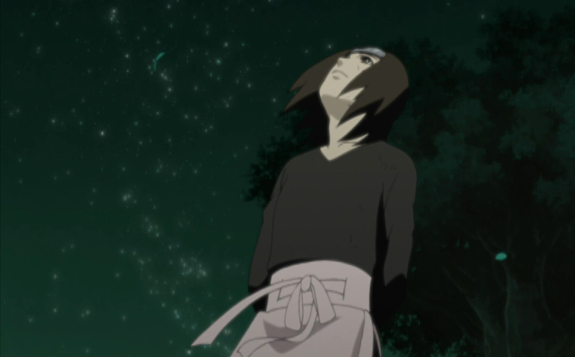 It seems like she's staring up the stars, probably trying to hold in tears. Obito's death is still affecting her.

At this point, I think it's important to note something that a lot of us sometimes forget watching Naruto Shippuden: the values of the Ninja World. In episode 18 of the original Naruto series, The Weapons Known as Shinobi, Sakura gives us Rule 25 of the Ways of the Shinobi:

"A Shinobi must never show his true feelings under any circumstances, no matter what... The mission always comes first. A Ninja must have the strength of character never to shed any tears..."

This is a value, and an ideal, that is taught even during the time Naruto and his classmates live in. It's so often disregarded and treated as something bad by the story, but this is taught in the Ninja Academy and is a value currently held in the world right now. As such, it was undoubtedly a value during the time of Kakashi and Minato, and probably even more so. This is what both Minato and Rin are aspiring to in the scene in episode 120 of Shippuden. In my opinion, Minato is the perfect ninja, one who exemplifies the values a ninja is supposed to have, and this is one of the reasons he was made Hokage at such a young age (in addition to his tremendous strength and great track record, obviously). (Note that I don't believe these are actually good values to have, but I like world building and such, so I like when things make sense and I don't like it when basically everyone in the world is against the supposed values that exist in that world)

In episode 349 of Naruto Shippuden, Shadow of the ANBU Black Ops: A Mask that Hides the Heart we see a bit of the aftermath of Rin's death. Kakashi is obviously still torn up by it, but it really doesn't seem like Minato is. But more importantly, in this same episode we also see Minato interact with his wife, Kushina, and he's like a different character, capable of joking and laughing. It honestly seems the only time Minato shows any emotion is with regard to his family, Kushina and Naruto, as this is the only time we really see him with animate feelings. I believe this is an example of compartmentalization--Minato keeps his family life separate from his life as a ninja. From Wikipedia,

Compartmentalization is a subconscious psychological defense mechanism used to avoid cognitive dissonance, or the mental discomfort and anxiety caused by a person having conflicting values, cognitions, emotions, beliefs, etc. within themselves.
Compartmentalization allows these conflicting ideas to co-exist by inhibiting direct or explicit acknowledgement and interaction between separate compartmentalized self-states.
...
Conflicting social identities may be dealt with by compartmentalizing them and dealing with each only in a context-dependent way.

And relevant and helpful for understanding, from this blog:

Are there benefits to compartmentalization? Absolutely! Certain necessary professions would cease to exist without this tool. For example, a firefighter may have a family that depends on them at home, but they must rush into life-threatening situations without hesitation to do their job. Being able to compartmentalize those two realities allows them to perform under intense pressure. Most of us, gratefully, are not asked to run into burning buildings in our daily lives.

In the same episode, we're given hints that Minato hasn't exactly been attentive to Kakashi, who is deeply troubled over Rin's death. Perhaps it's understandable, since Minato has just become Hokage, but it is Guy who has to come to him and basically say, "Hey, something is seriously wrong with Kakashi." I think Minato was probably aware to some degree, since he secretly sent Guy on Kakashi's mission as backup, but there's still a lack of emotion in his face (he does smile as he reassures Guy, saying to leave everything to him, but when he turns around to stare out the window, he just frowns), and it's also pretty clear he hasn't done much to help Kakashi, his one surviving student, up to this point.

Minato's solution to Kakashi's problem is also quite troubling. He assigns him to the ANBU Black Ops directly under him, to be his guard. First off, this is still quite self-serving. Earlier in the episode, Orochimaru and Danzo are scheming and say this:

I personally think concern of a puppet ruler has merit since Minato is still young, and because he is the perfect obedient Shinobi, but the story has generally taken the stance that Danzo is wrong about everything, so it can perhaps be dismissed as not pointing to anything in his character. On the other hand, it does show that Minato has enemies opposed to him ruling. And this is part of the reason he wants Kakashi as his right hand. Minato tells Kakashi:

Some in the village think I'm not qualified for the position and oppose me. I came here today... to assign you to the ANBU under my direct control.

Kakashi is someone Minato can trust, and though I have no doubt Minato believes this will help Kakashi, this is also to help himself. But there's another troubling thing about this as a solution to Kakashi's grief. It's in the title of the episode: "A Mask that Hides the Heart". In other words, Minato's solution is to get Kakashi to quash his emotions further. Though this is very inline with Minato's character and the Ninja World, as I've established, it probably isn't healthy for Kakashi.

Minato only shows his vulnerable side to his family. He truly loves Naruto and Kushina. He cares about his students, but it's very different: the face he shows to Kushina is very different from the one he shows to Kakashi, Rin, and Obito. Though he may appear unemotional towards their deaths, he does care about his students, as he is shown willing to go out of his way to help them, but in the Ninja World he acts and behaves as a Ninja, and that means no tears and no emotion.

10
How did the villagers know about Naruto being the Kyuubi's jinchuriki?
20
Who is the strongest Hokage?
8
Do we know anything about Obito's parents?
5
Why didn't Sarutobi kill Danzo?
5
Do the trapped souls in the Reaper/Shinigami suffer?
4
Does Sasuke really need a new arm?
6
At the end, did Naruto skip Chunnin and Jounin rank before becoming Hokage?
9
Why didn't the entire village know Naruto was Minato's son?
2
Does White Zetsu even have any negative emotions?
1
Does Naruto ultimately find an answer to Nagato's question about how he will break the 'cycle of hatred'?