If you catch a pokemon and then catch it again, would you be able to use both balls to retrieve the pokemon or just one, and if it's just one, which one would be THE pokeball? I would prefer only anime and non game sources as games are often different from the show/movie.

A Pokémon can only be bound to a single Pokéball at any given time1. In the anime, you cannot catch somebody else's Pokémon using a new Pokéball unless:

For the first point, it is Ash's Gengar and Charizard. They both had original owners who abandoned them. While little is shown of their time with the original owners, it's safe to assume they lived within a Pokéball. After coming to terms with their abandonment and learning to trust in Ash as a worthy trainer, they allow themselves to be caught in a new Pokéball.

For the second point, it is Ash's Infernape. As a Chimchar, it was originally owned by Paul. After Chimchar didn't live up to Paul's standards, he willing released in so that he might go with Ash instead. When this happens, the Pokémon glows blue instead of red when coming out of the Pokéball.

After it released, it can be once again captured by a different Pokéball. 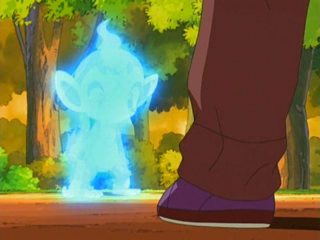 While you prefer anime only, there is a specially designed Pokeball in Pokémon Colosseum and XD: Gale of Darkness known as the Snag Ball. The Snag Ball was engineered to capture and steal other trainer's Pokémon,

1 I want to say there is an episode where Ash attempts to capture a Pokemon, but the Pokéball fails because it is already owned by another trainer. Although my memory is fuzzy and cannot find such episode.

You can't catch a Pokémon that's already in a Pokéball.

In Two Degrees of Separation! (D&P02), Dawn tries to catch Ash's Pikachu. At first, it looks like it's going to work and Pikachu is engulfed in a red light, but then the light shatters and Pikachu is not caught. 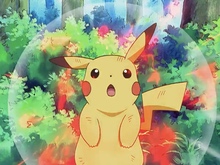 See also this video of the relevant segment.

10
Is "Payday" Money, real money?
19
Who came first? Pokemon or Digimon?
10
How does one start being a Pokemon Trainer without a Pokemon Professor?
12
Can Poké Balls technically catch humans?
5
Do HM's appear outside the games?
20
What would happen if you caught a PokeBall with another PokeBall?
4
Why did Misty leave the Pokemon anime?
6
What will happen if a wild pokemon is hit by 2 pokeballs of the same strength at the same time?
-1
Why didn't Ash release Charizard?