Who was Makarov in Edolas?

When in Edolas, the story reveals that there is an alternate version of every person there, with similar yet opposite characteristics. One of the main people I could never get a confirmation on being there was Makarov. At one point, a Edolas Fairy Tail guild member says that the Guildmaster is dead, but then later Natsu believes Makarov was the evil king in Edolas. Is it either of them, or is it something else?

Faust has been confirmed to be Edo-Makarov by Mashima. In the wikia it is stated that Faust is the Edolas version of Makarov.

Faust (ファウスト Fausuto) is the former King of Edolas, banished and succeeded by his disowned son, Mystogan. He is the Edolas counterpart of Makarov Dreyar.

They got this information from (the last paragraph of) the afterwords of Volume 29 by Mashima. Basically Mashima had to do cutoffs due to space or time limitations and had to remove Edolas Gajeel and Edolas Makarov('s confirmation) from the manga. Though those scenes were still added to the anime, thus making them canon as they were originally planned by Mashima himself. Both Faust and Makarov even had the same voice actor.

[Screenshot van de anime should be added here, but I can't seem to find it.] 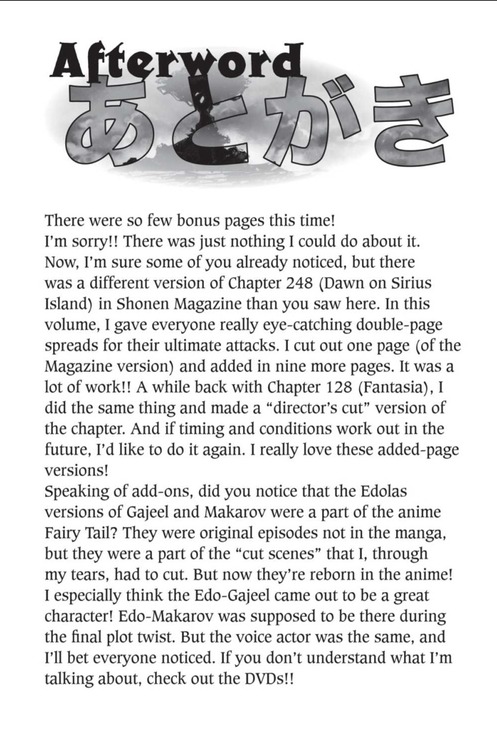 Well, in the anime, when Makarov asks "How am I at Edolas?", Natsu remembers the evil king also asked the same question as Makarov asked something about "Guilds are fun", so Natsu believes he is the evil king. I think this is a little problematic thing on the story line. As @Dimitri mx mentioned earlier, maybe he was dead in Edolas, or may be he has fallen to the evil side. Either way that part require some clarification from the author.

In my point of view Makarov can't be Faust in Edolas I mean..

He is the king of Edolas but was banish as they both ask the same question is "Is Being in a guild fun?" As also Mystogan put the fairy tail symbol up as he notice the symbol and walks off as Edolas is the opposite of the person in Earth Land that why he looks so different As he is tall, And on the evil side as i heard the same voice in the dubbed as for Makarov his short and part of the ten saints WAYYYY opposite from Faust (opposite) As i think this is the Logical explanation of your question

2
Weren't the names in Edolas and Earthland the same?

2
Was Grimiore Heart aware that Zeref was still alive?
3
Why can't Earthland magicians use magic in Edolas without the X-balls?
2
How much can Makarov grow?
3
Why can't Natsu generate magic from eating Flame in the Edolas Arc?
2
Weren't the names in Edolas and Earthland the same?
2
In Fairy Tail, why couldn't Zeref just go to Edolas?
0
Who was the Blue Bunny in the Grand Magic Games?
1
Why didn't wizards get magic deficiency syndrome in Edolas?
0
Why did Makarov not use Fairy Law against Tartaros?