Is Happy in Edens Zero the same as Happy of Fairy Tail?

In episode 3 of Edens Zero, behind Rebecca, I saw Natsu and Lucy with Fairy Tail tattoos. However, Happy was not with them, Happy is now with Rebecca and Shiki. 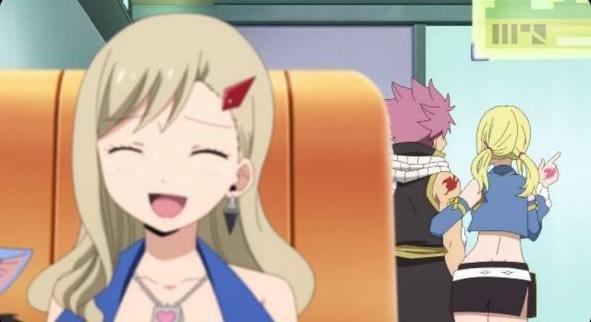 Is everything about Happy the same as Fairy Tail series' Happy?

Edens Zero's Happy is not the same as Fairy Tail's Happy. The two Happys have different and conflicting origins. Fairy Tail's Happy is a member of the Exceed race of talking winged cats which came from an alternate reality from the main universe of Earth Land called Edolas, meanwhile Edens Zero's Happy was a non-winged talking cat from the planet Excede in the Sakura cosmos who was run over by a drunk driver and had his consciousness loaded into a robot body.

You could propose some kind of theory that both Happys are somehow the same whether that involve alternate realities, reincarnation, or other handwaving, but the real answer is probably simpler, it's simply a cameo.

Both Fairy Tail and Edens Zero were created by the same mangaka, Hiro Mashima and he is pretty well known for carrying characters across his 3 main series' Rave Master, Fairy Tail, and Edens Zero (E.G. RM's Sieghart Caesar, FT's Jellal Fernandes and EZ's Justice are all blue-haired dudes with facial tattoos who wield a spell called Grand Chariot). Characters from his previous works cameo frequently in his subsequent works, here's a Reddit post listing Rave Master cameos in the first few hundred Fairy Tail chapters, you'll notice it tends to be one to a few characters cameoing at a time as opposed to the entire cast and they take turns.

Fairy Tail Happy might somehow be Edens Zero Happy, or he might just not be in this cameo and show up next time, is the nature of cameos.

Not the answer you're looking for? Browse other questions tagged fairy-tail edens-zero .

8
Which episodes of Fairy Tail are anime-exclusive?
18
Who is the main character of Fairy Tail?
4
Do Rave Master and Fairy Tail share the same world?
2
Why did Lucy of future not know of the solution she wrote?
4
Are both Natsu and Igneel known as "The Salamander"?
3
Why are there Japanese and English names mixed in the anime series Fairy Tail?
0
Which Fairy Tail episode did Lucy do a map of everybody in Fairy Tail?
0
Timeline misunderstanding in Fairy Tail