Recently, in the Boruto web series, Naruto is not using Six Path Sage Mode even when both Naruto and Sasuke are losing the fight against Jigen. Previously, Naruto used Sage Mode along with Tailed Beast power even though nobody is teaching Sage Mode in the Hidden Leaf Village.

TL;DR: Naruto still has and uses Six Paths and Toad Sage Mode, although he doesn't use much of the abilities it grants, just the mode in general. This was likely because of the nerf that has been assumed to have happened to some of his abilities.

I'm not sure if there is a definitive answer to why it appears Naruto stopped using Sage Mode in general, so some of the answer will be speculative based off facts given in the series. (and assumptions that seem true that have been made by the fandom)

One major thing that has been noticed by quite a bit of the fandom is that Naruto and Sasuke have seemed to be nerfed in Boruto. As explained here, one of the most valid reasons:

The answer is simple yet unfortunate: in order for the story of Boruto to truly come to be its own story it requires killing off Naruto and Sasuke. They were too powerful by the end of Shippuden to just kill them off as is. They had to be nerfed.

Taken from Quora page: Was Naruto and Sasuke nerfed in Boruto?

This is one thing that has been assumed by a good chunk of the fandom, considering there has been tons of abilities that Naruto & Sasuke have yet to use in the Boruto series, (most of them being what makes them so strong) such as Sasuke's Planetary Devastation and Naruto's Truth Seeking Orbs.

There has been an absence of a majority of Naruto's abilities as mentioned above, as well as his Sage Mode abilities. One of the reasons it may appear he doesn't use it is because of the nerf of his abilities, making him use the mode but not its abilities.

Away from the guesses/speculations/assumptions, there is one final answer. Naruto still has and uses Six Paths Sage Mode.

(Naruto's eyes whenever in use of Six Paths Sage Mode, not Rikudou Senjutsu.

This same eye pattern is found where Naruto was an adult, which was used against both Momoshiki and Kinshiki, as well as when he fought Isshiki alongside Sasuke.

The same eye pattern are present where Naruto was using Six Paths Sage Mode as a teen and as an adult.

As for Toad Sage Mode, he has been using that as well, but not as frequently as Six Paths Sage Mode, considering which one is stronger.

Naruto was using regular Toad Sage Mode during the Naruto: Seventh Hokage and the Scarlet Spring short story on multiple occasions as well. 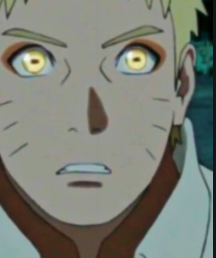 I think the most logical answer would be that Naruto still has access to Toad and Six Paths Sage Mode, although he doesn't fully utilize the abilities they grant, such as Frog Kumite.

Hes been shown on multiple occasions during the Boruto era that he still uses Toad and Six Paths Sage Mode (as shown in the images above).

0
Why did Naruto not use Frog Sage Mode when battling Ishikki?

1
Why doesn't Sasuke have his left hand in Boruto: Naruto the Movie?
1
Why doesn't anyone use the substitution jutsu later in Naruto?
2
Why Masashi Kishimoto did not author Boruto?
3
After the loss of Kurama does Naruto have the Six Paths Sage Mode?
3
If Naruto can creates one thousand clones, and sometimes he uses them to do his work, why does he always have a lot of work?
3
Shouldn't Naruto be able to regain Kurama's chakra, and Sasuke, his Rinnegan?
1
Why does no classmate of Naruto or Boruto use genjutsu?