What does the black-and-white fish symbolize in the opening credits for 'Jujutsu Kaisen'?

The opening credits for Jujutsu Kaisen generally only feature scenes of the major characters who will appear in the forthcoming episodes. As far as I can tell, there is only one motif that actually recurs between the two OPs in season 1, which is that of a thin black and white fish.

Screenshots from the first OP: 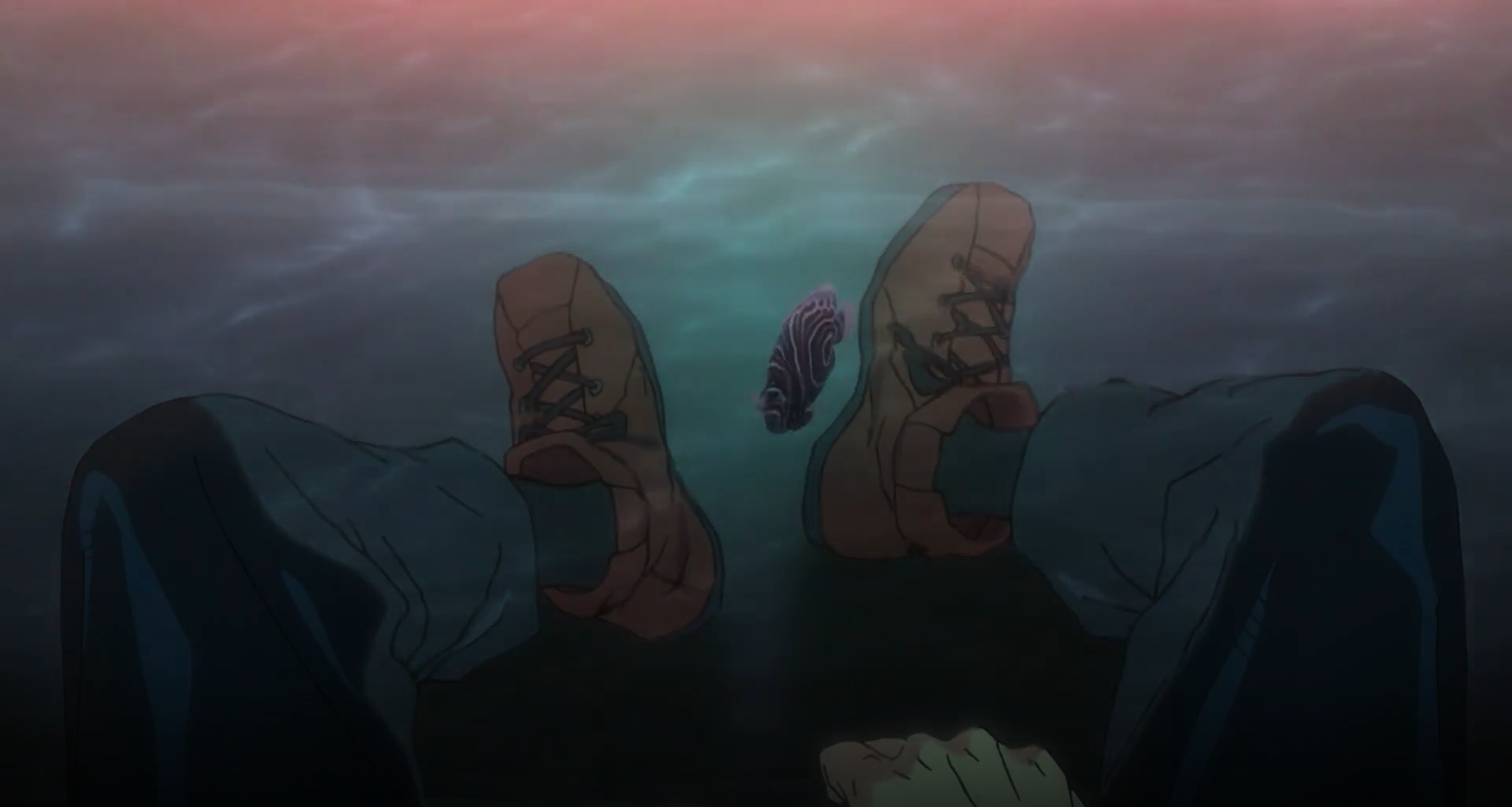 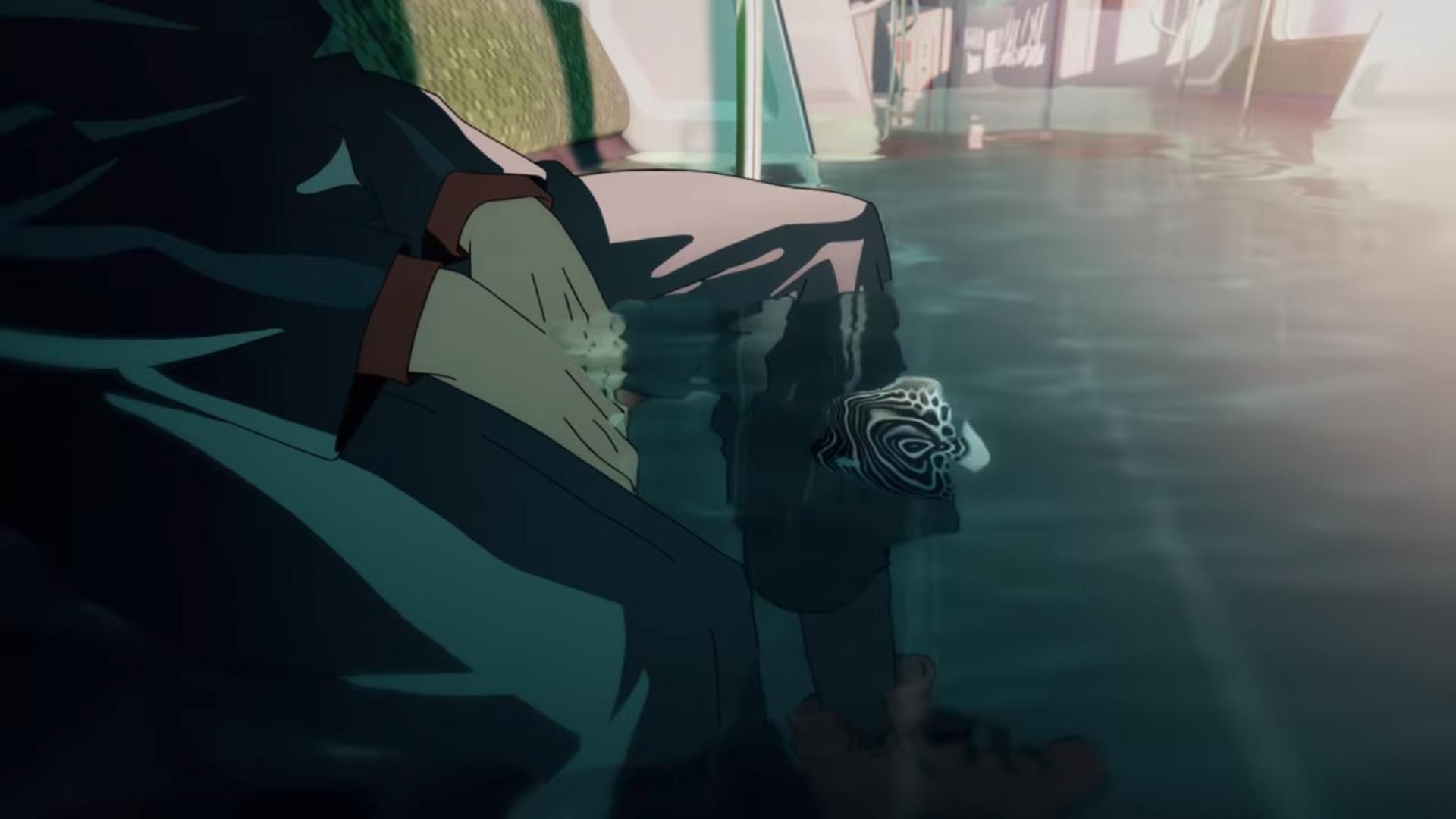 Screenshot from the second OP: 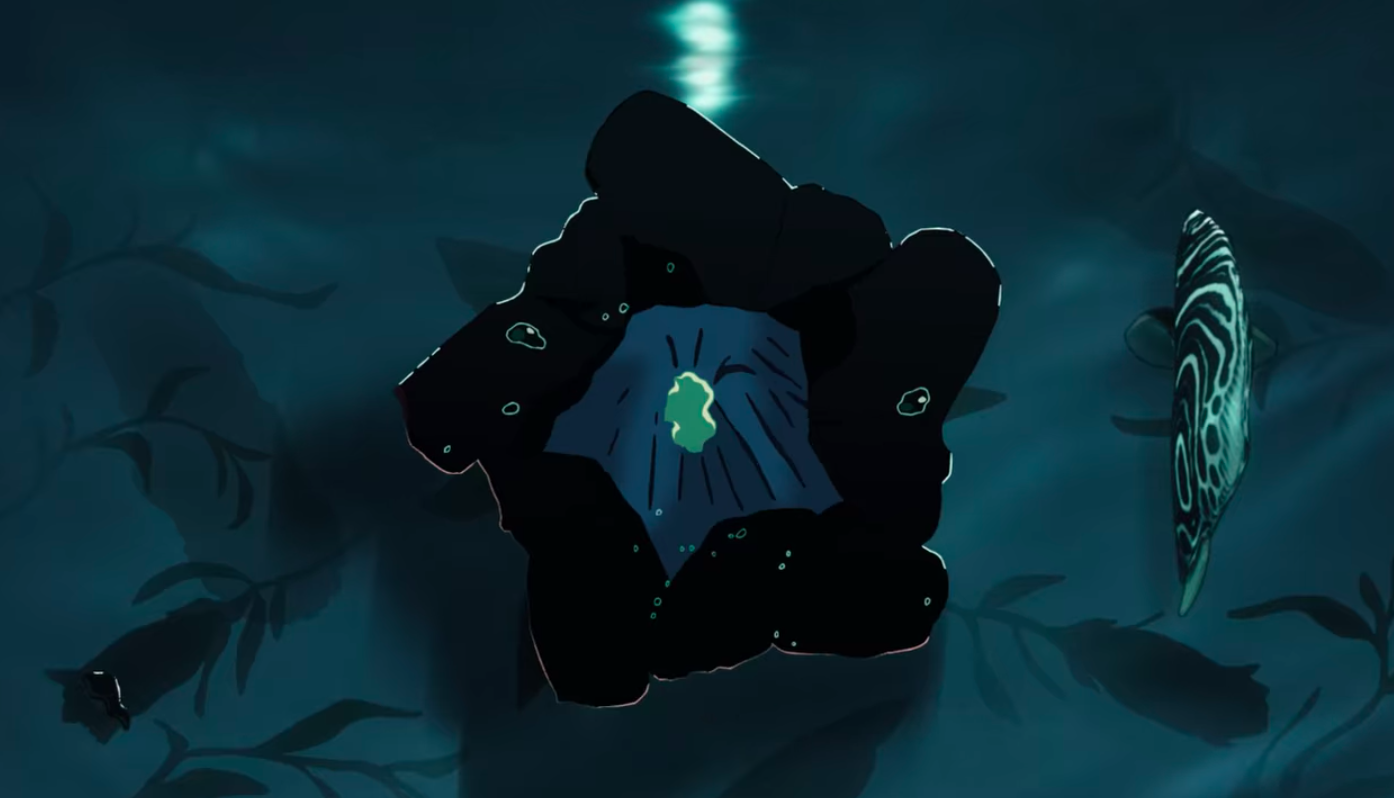 What does this fish symbolize?

I tried searching for images of black and white fish, but I wasn't able to find any real fish that closely resembled the one pictured in these screenshots.

It's possible that the black and white pigmentation indicates that the fish is poisonous; if it is so, then my guess is that it's supposed to represent Ryomen Sukuna, since he's also known as the King of Deadly Poisons. I also get the vague feeling that it could have something to do with Yoshino Junpei, but I am unable to articulate why this would be so. Unfortunately, there's not much that I'm able to say beyond this.

According to a Tumblr post, it is the Pomacanthus imperator, or emperor angelfish. Contrary to what you have pointed out, a website states that:

General aquarium Angelfish are not poisonous. If you properly care for Angelfish, they can grow up to 6-8 inches in length.

The angelfish can represent the need for self-love. It might represent an internal struggle for self-care, but I won't pass a judgment since I am yet to watch the show or know any of the character struggles.

Not the answer you're looking for? Browse other questions tagged theme-song symbolism jujutsu-kaisen or ask your own question.

2
In the first opening of 'Jujutsu Kaisen', what does the water filling the train that Yuji is riding signify?

11
What does the German say in the opening of ef - a tale of melodies?
3
What is the chorus singing during the opening of Ookami Kakushi?
1
What opening music was played at the beginning of the anime Kaiketsu Zorro?
0
What is the meaning of these lines in the opening of Elfen Lied?
2
Why do characters from Jujutsu Kaisen make so many references to the Naruto-verse?
4
What is this dark alleyway scene from the second opening credits of Jujutsu Kaisen?
2
What does Yuji mean by the question "Was that Ichiro?" at the start of the Goodwill Event?
1
Do we know what Hanami says before her words are automatically translated for the sake of the viewers?
2
Which chapter of the manga does Season 1 of Jujutsu Kaisen anime end in?