Why has a new chapter of ‘Nichijou’ been released when the serialization ended in 2015?

The gag comic manga, Nichijou ended in 2015, based on this article, posted on MyAnimelist on Aug 24, 2015. Suddenly, in 2021, the serialization continued based on this article. Does this kind of activity really happen often in the anime and manga industry? Because, this is the first time that I have seen this kind of events. I mean, the manga "officially" ended in 2015, and suddenly, it continued its serialization.

Is this possible for other manga, too, that have ended many years ago? 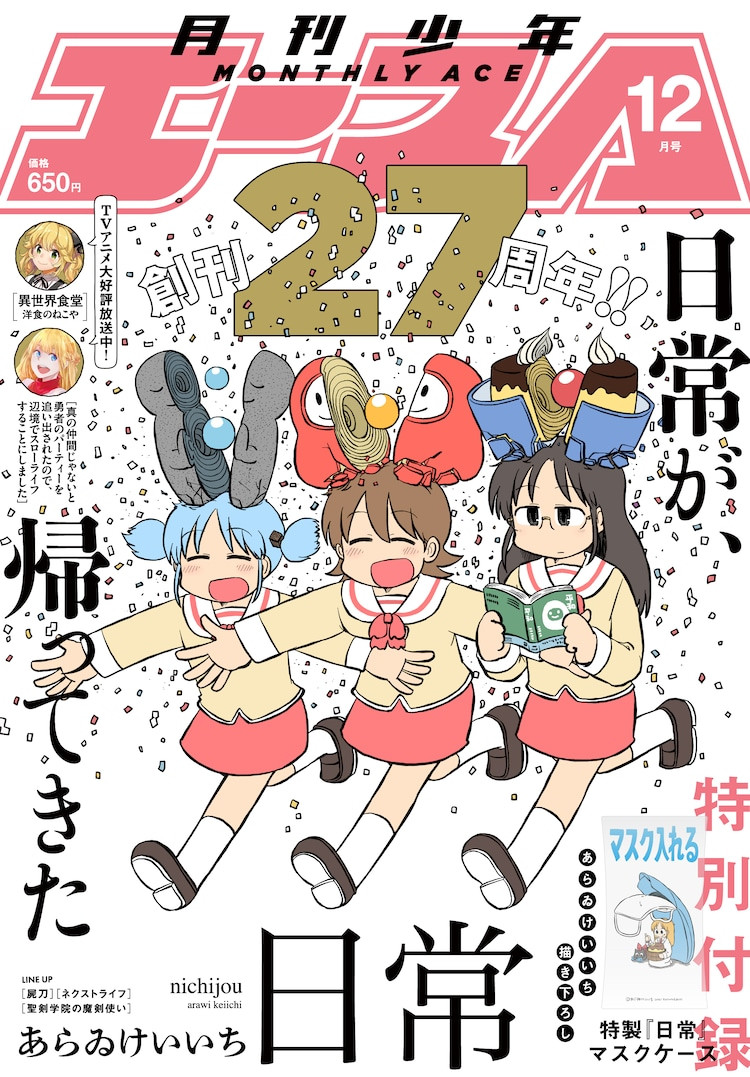 The title and the bulk of the question seem to be asking separate questions - the question in the title, why Nichijou is being re-serialized, is relatively easy to answer.

The official answer is: because the author, Keiichi Arai, wants to. That is, as far as I know, all there is to it - he hasn't given any other reason in his Twitter or anywhere else.

As long as the author and company responsible for its serialization agree (and depending on the contract clause, one of them might not even be necessary), there isn't legally really anything preventing re-serialization of a completed manga.

Of course, the bigger hurdle might be elsewhere - a completed manga ideally means that its story is essentially complete, and there isn't anything significant that can be added postscript without it feeling extraneous. So often, neither the fans nor the mangaka really desire additional content within the same manga series. This doesn't preclude the telling of additional stories within the same universe, of course, but those stories are often different enough (e.g. a change in main character or tone, a time skip, etc.) to warrant a sequel or spin-off (e.g. the Kosaku Shima series, Naruto -> Boruto, To Love Ru -> To Love Ru Darkness)

As it stands, there are a few reasons why a completed (and not simply discontinued or abandoned) manga would re-serialize much later without moving to a sequel or spin-off:

There will be other reasons and examples of course, but the above is the extent of my knowledge.

Not the answer you're looking for? Browse other questions tagged manga-production nichijou .

0
When is chapter 738 of the manga coming out?
7
What's the reason why "Shokugeki no Souma" has so many color chapters recently?
5
Why does it take so long for the translated version of tankoubon volumes to be released?
2
Why do the dogs pet the characters in Nichijou?