Which was the original color of Piccolo's blood in the manga?

Recently, it was told that in the next Dragon Ball Super movie, Piccolo was going to be featured with the original color of his skin in the manga, which had yellow spots instead of the pink ones he had in the anime series.

Now how about the blood? Piccolo it is apparently shown with blood in 3 different colors in the anime, red, purple and green. 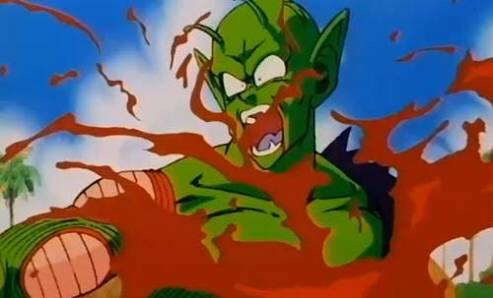 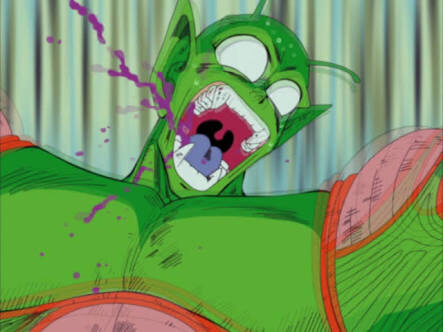 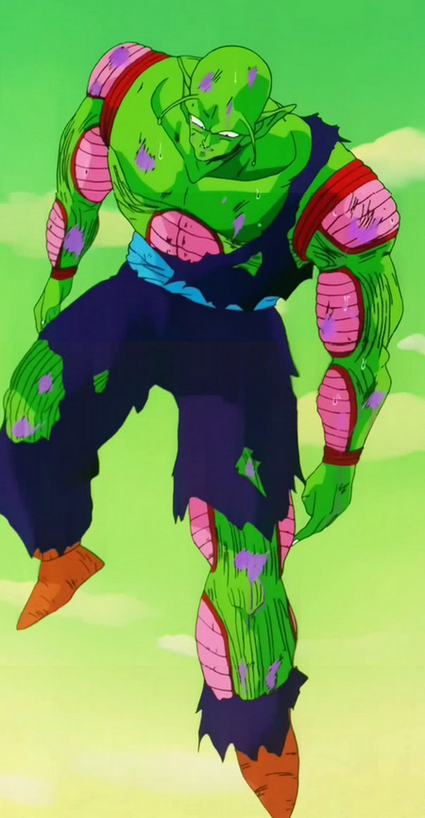 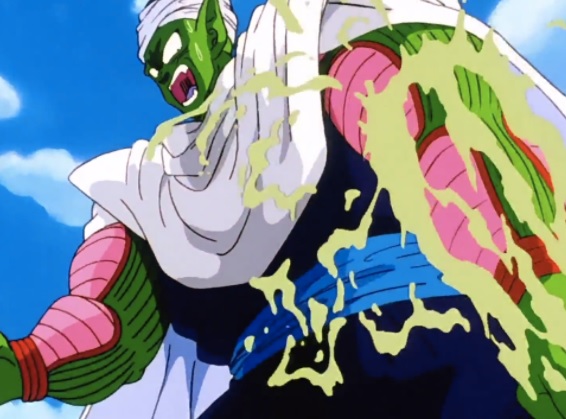 Which was the original color of Piccolo's blood in the manga? Is there any source material or colored manga page which shows this?

This asks the same question, and the answer is that the anime is simply inconsistent. (This seems to give info on how it changed as the story goes.)

This page says it is purple, which I feel is reasonable. I cannot find any source on whether it is mentioned in the manga. Remember that the original manga is monotone, so the color is not knowable unless explicitly mentioned.