Why did they change Todoroki's hero suit?

So in the first season, this was Shoto's hero suit.

And I think sometime in the third season, it changed. 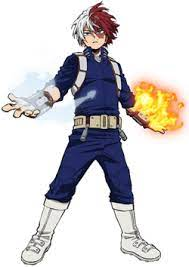 Now, I really like his suit. Don't get me wrong but, why did it change all of a sudden?

In his initial hero costume …. has what appears to be a material resembling ice covering his whole left side, even his head, although it is detachable, which he wears as a way of rejecting the fire aspect of his Quirk.

Early on in the series, Todoroki rejected his fire side of his quirk as a way of rejecting his father; where his fire quirk originated from. His original costume design covers his whole left side with ice-looking apparel, which is the side of his fire quirk. This resembles his choice of using his ice quirk.

After Todoroki comes to accept who he is and both of side of his quirks, he upgrades the design of his hero costume so that both sides of his quirk is represented.

12
Why does Todoroki look different between the 1st and 2nd season?

12
Why does Todoroki look different between the 1st and 2nd season?
6
Why if Endeavor solved more crimes than All Might, he isnt considered the number one hero?
4
Did All for one give his ability to Tomura?
9
Why has no one except Bakugo figured out that All Might passed his powers to Deku?
5
Why do the top 10 heroes in Boku no Hero Academia only come from Japan?
1
Why was season 4 episode 4 of My Hero Academia delayed?
0
Why is one of Todoroki's eyes blue?
1
Which "My Hero Academia" volume should I start, if I want to read Season 2?
3
Why did Deku's arm not break when he hit Nomu?
2
Why is it the first person who gets a quirk in "Boku no Hero Academia" is a new born?