What's the worm-like creature that touches Ymir before she turns into a Titan?

In the last episode of the anime of Attack on Titan we see a flashback where Ymir is touched by a worm-like creature before turning into a titan. 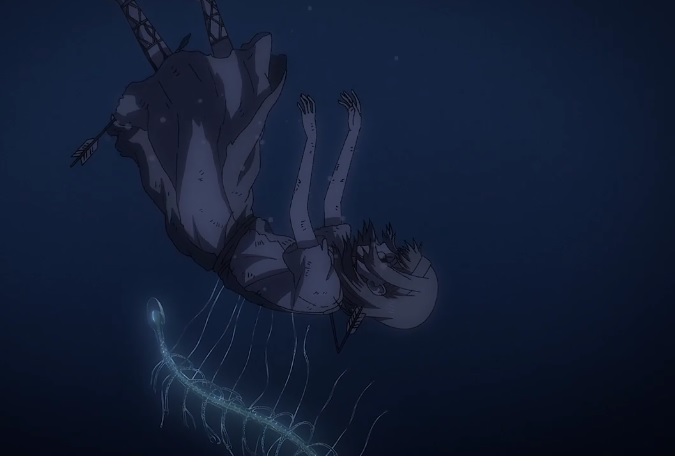 What's is it? What's the worm-like creature that touches Ymir before she turns into a Titan?

It is source of Titan Powers. It is shown to have existed for a long time, unchanged by evolution. It probably attached to her spine, and that is why humans turn into titans via spinal fluids. It attaching with Ymir made her the first Founding Titan. It probably does not have any free will of its own, except the will to survive. It makes the successors of the titans strongly inherit the will of the precursor. (The attack titan is the only exception.) Finally, the one who can harness the power of this creature is Ymir, through the coordinates on the order or 'request' of someone.

4
How did the Female Titan manage to get out of her titan form and escape while surrounded by a horde of titans?
7
What happened to Eren that made him unable to turn into a Titan in chapter 53 of the manga?
3
What happened between the first 2 episodes of Attack on Titan season 1? How much time passed?
0
Subjects of Ymir and pure titans
6
How can a Pure Titans recover the full body after extended period?
3
Who are the people that the Beast Titan turned into titans?
1
Why did Ymir die after being pierced by a spear, if she should have the regenerative powers of a Titan?
1
If the subjects of Ymir are the descendants of Ymir, and the only race capable of turning into titans, how's that Eren doesnt have royal bloodline?
2
Is Ymir Fritz dead or alive in the coordinate?