Attire for a Japanese fireworks festival: Why does Miyuki (Shirogane) REALLY attend in school uniform?

This doesn't seem to be talked about in the anime or even in the manga. We just see the 3 other student council peeps meeting up in the background of Kaguya's thoughts: 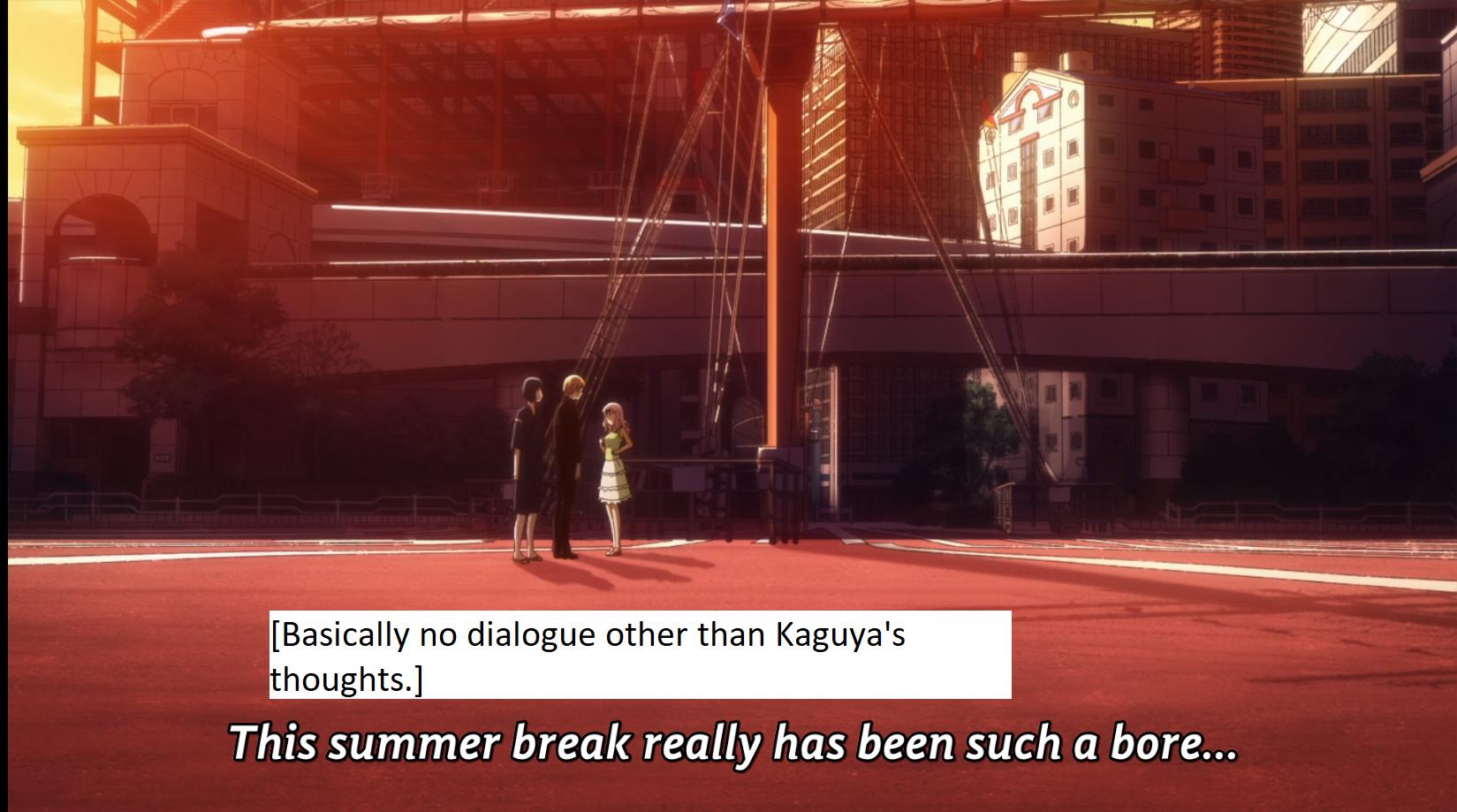 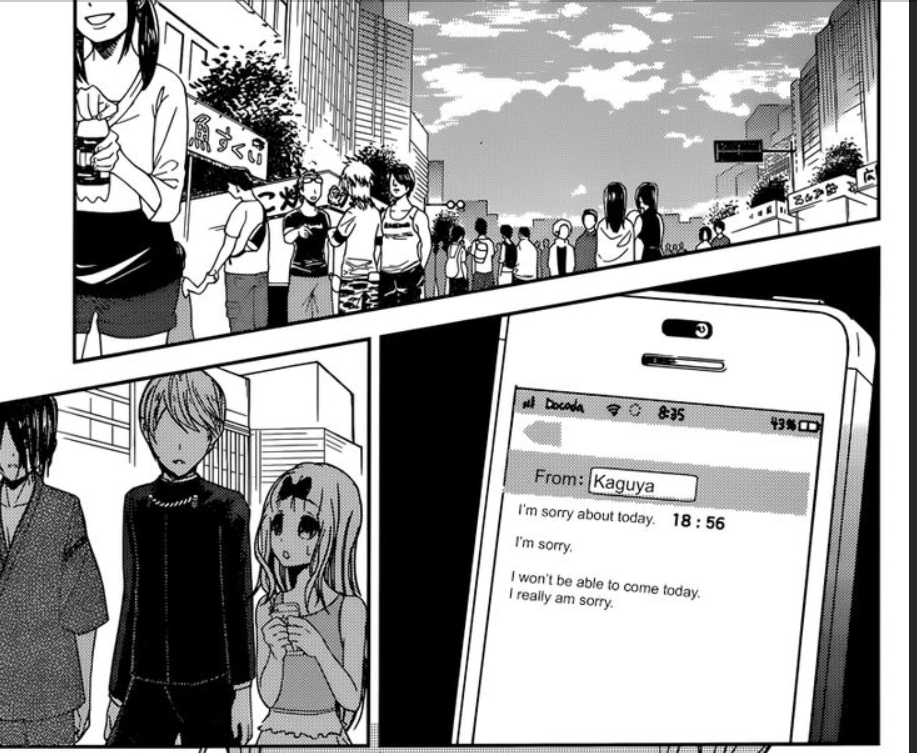 This however is brought up in the movie: 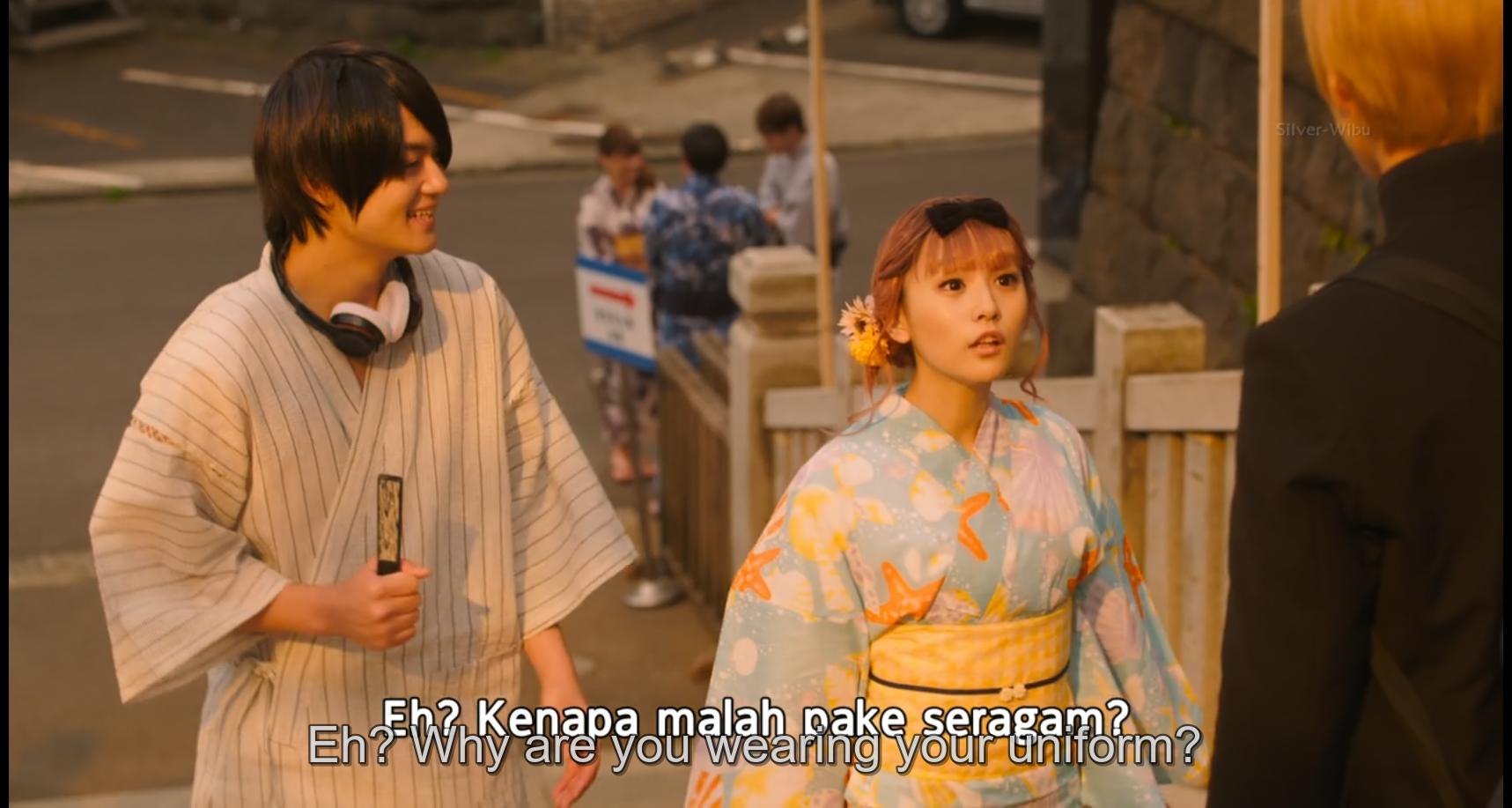 Miyuki responds claiming to always wanting to have awareness of being president of their school's student council. 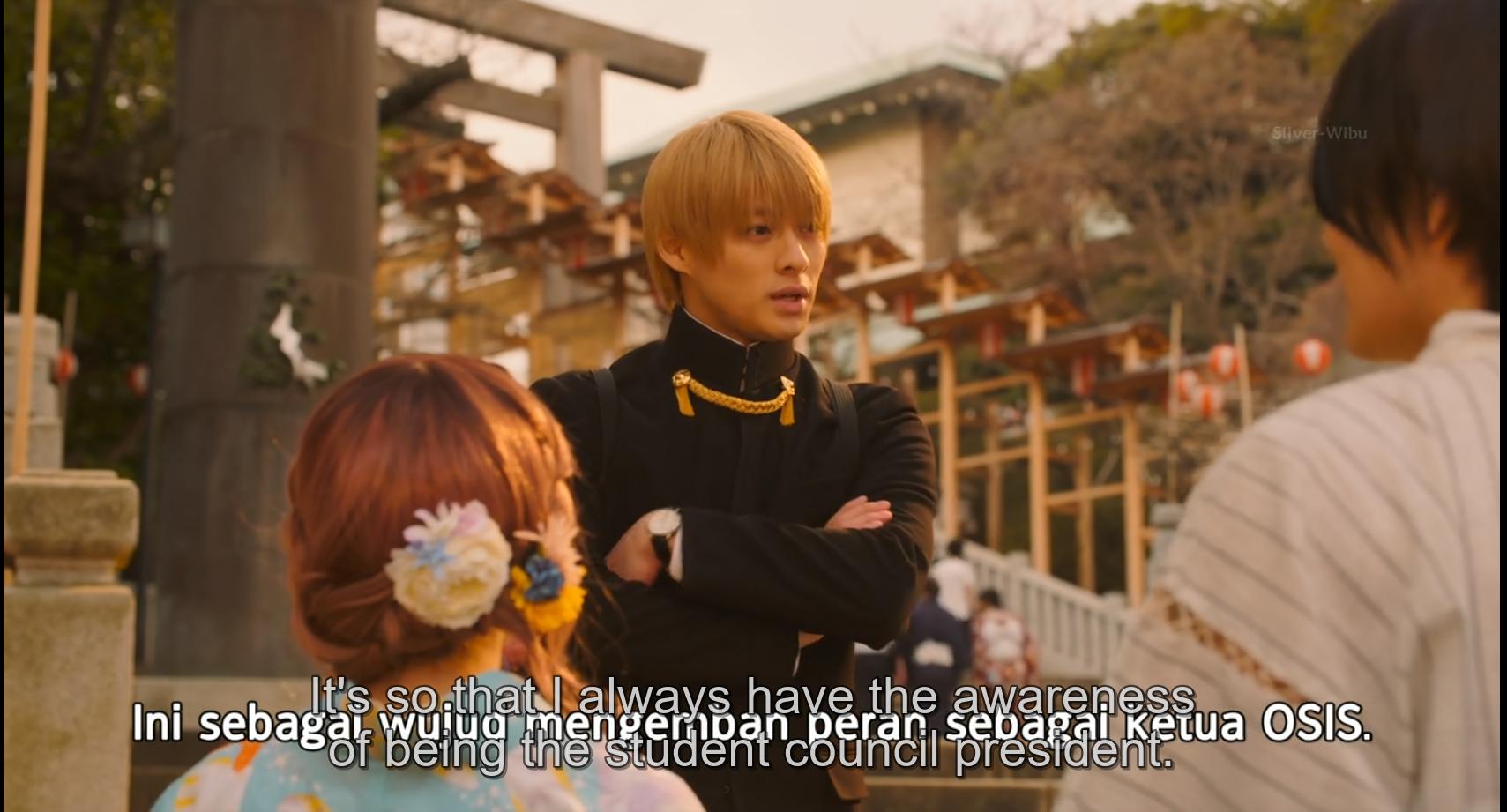 Yu (Ishigami) asks (jokingly? semi-jokingly?) if it was because Miyuki didn't have any fireworks attire or something. 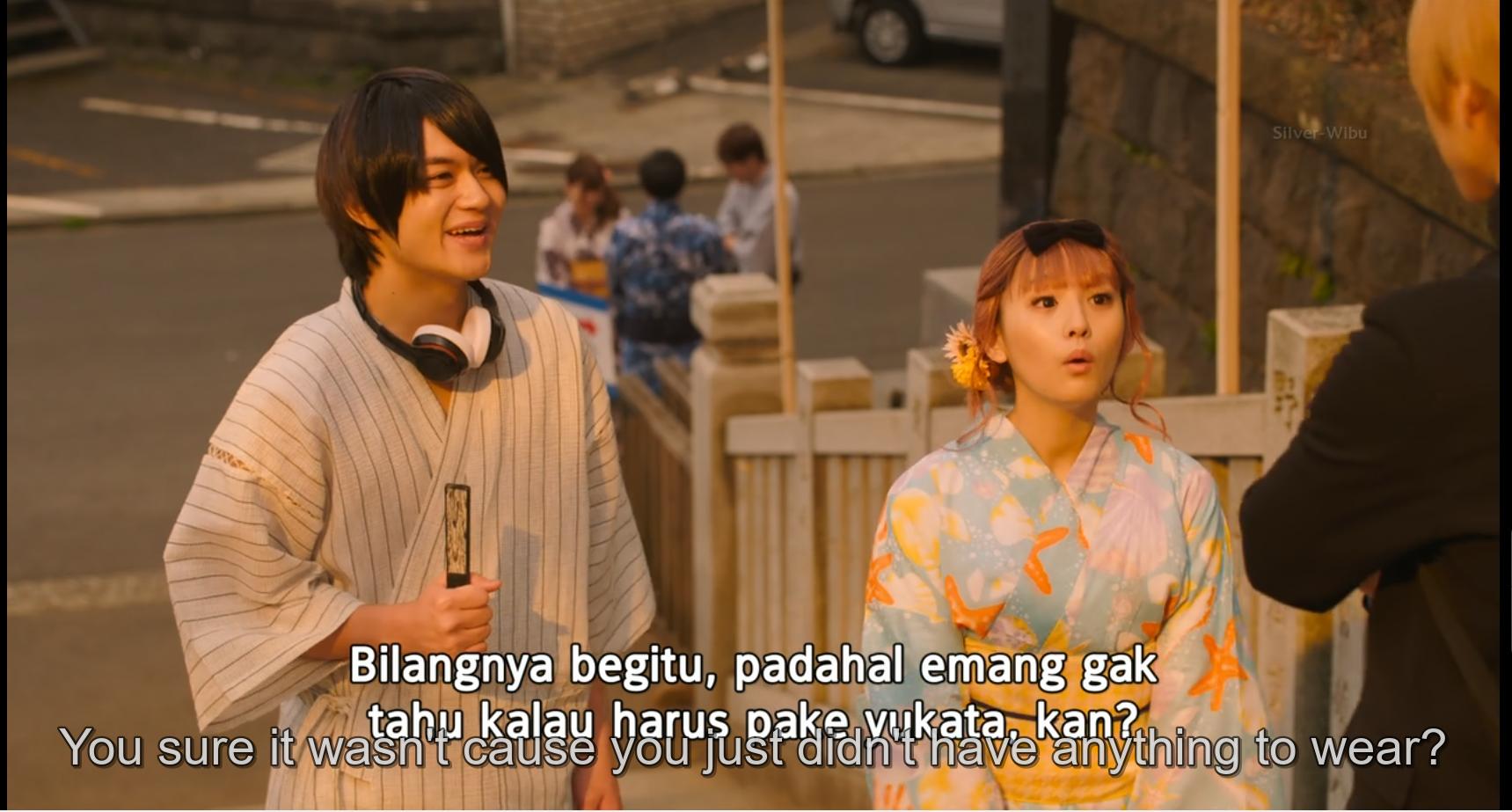 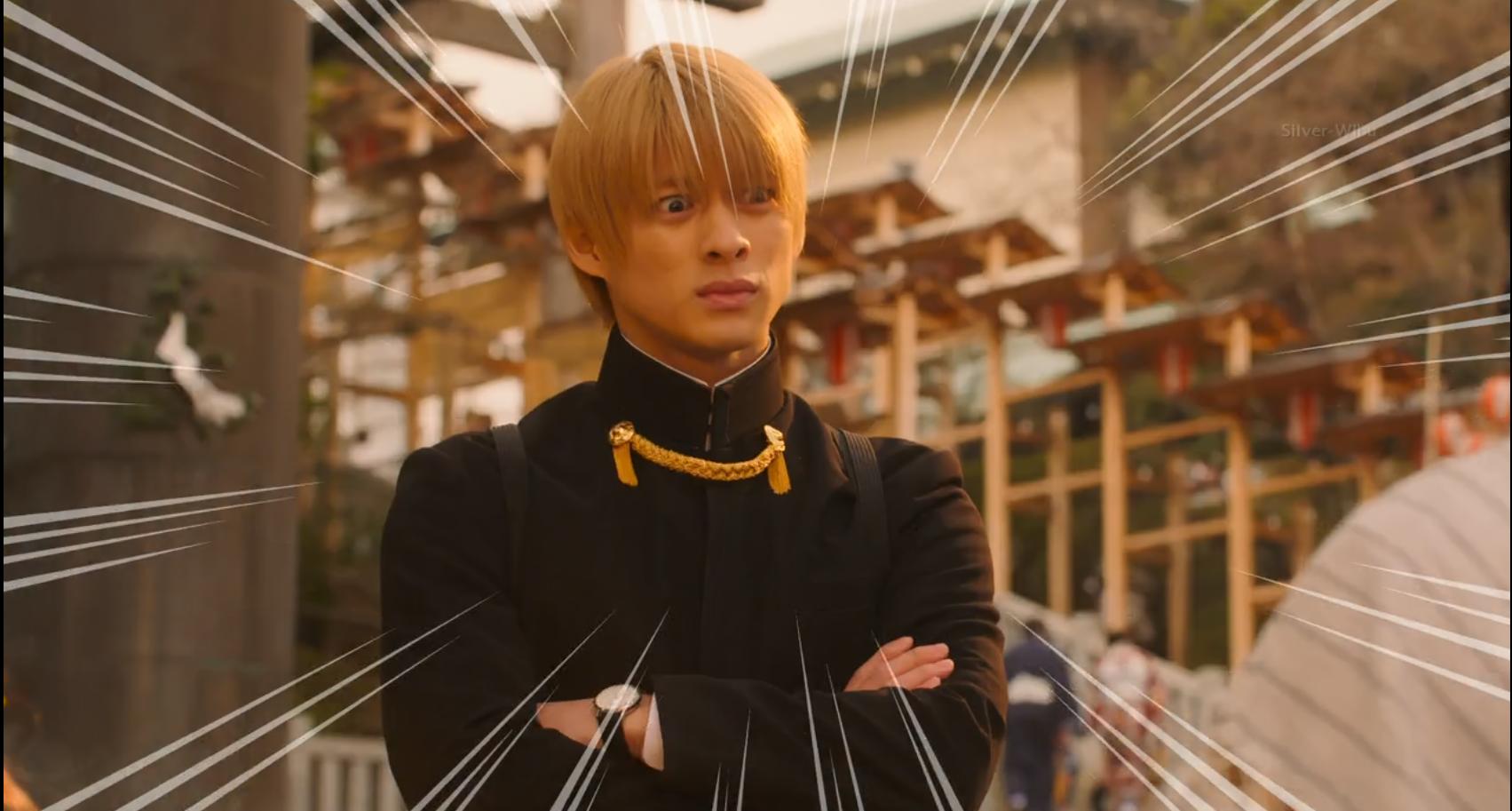 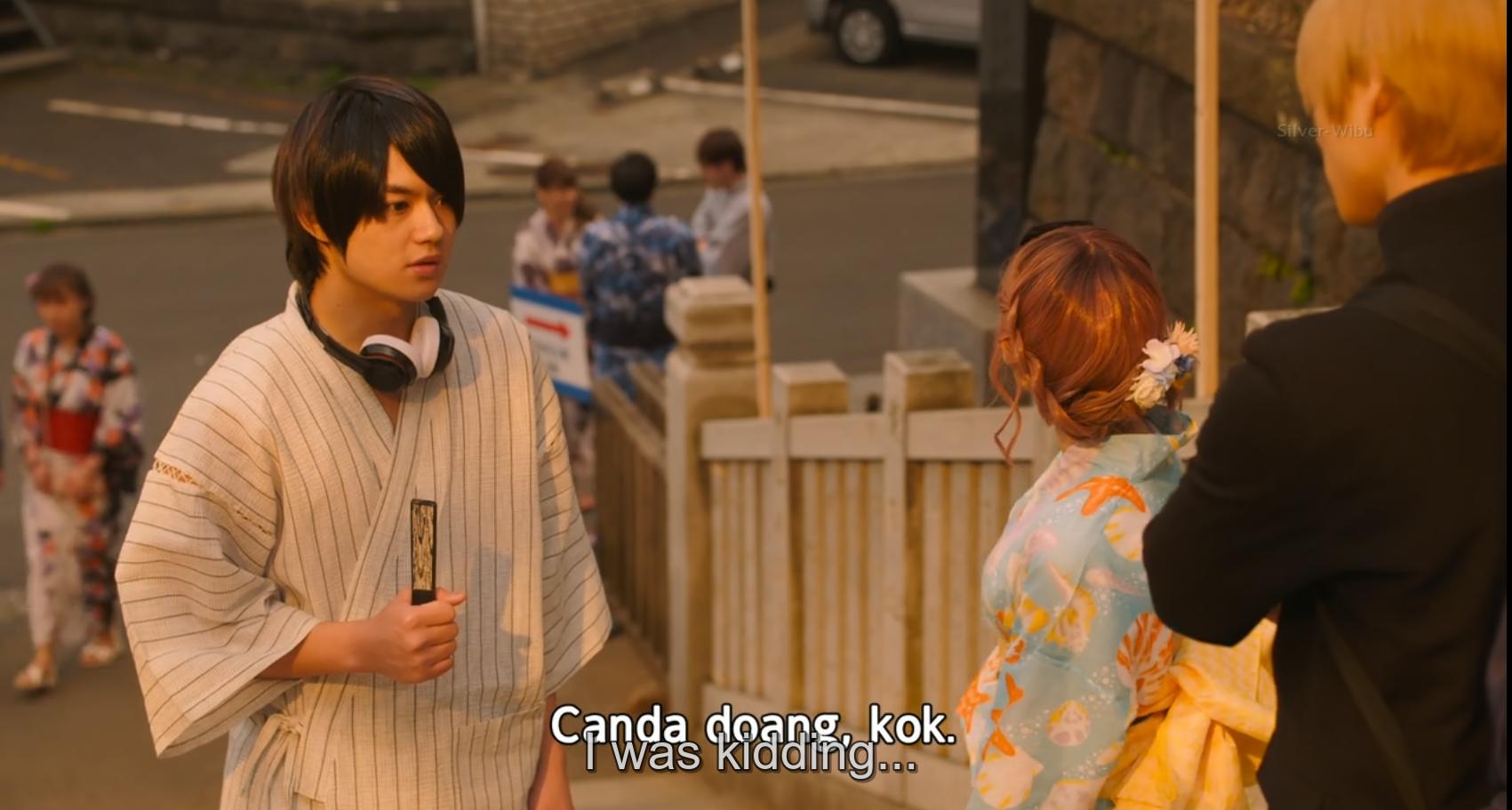 Edit: Oh yeah this definitely should've been split into 2 questions. Anyway, as usual, I'm just punishing myself by bounty-ing 1 and accepting the other.

I guess it is simply a character thing for Shirogane. That is, the black uniform (and the chain) more or less works as a symbol for him.

Realistically, boys wear only white shirts without the black jacket (like this image (top right)). It is just too hot in Tokyo. So the answer to 2 is that it is already weird to wear the black jacket in summer in the first place wherever he is. Being in school uniform to watch fireworks is not common, but won't be that eye-catching.

The clothes Fujiwara wears is called yukata. In modern Japan, people wear this in summer, especially for festive days (and note that fireworks is a summer thing in Japan). What Ishigami(?) is wearing in the last picture is called jinbei, which got popularity as summer wear more recently.

Shirogane does not have much clothes besides his student uniform. In chapter 119, he says,

I've cut down on expenses the last couple of years... for the sake of our family. I've only bought second-hand clothes for myself, and this is the thanks I get?

Since I started high school, I've just worn my uniform when I go out. The only clothes I've bought these last couple of years is a hoodie and a pair of sweatpants to wear at home.

Additionally, what clothes he does have are a fashion nightmare, as Kei finds out. When she lambasts him for having the fashion sense of an eighth grader for the weird clothes he picks out, he tells her that these are indeed clothes he bought while in the eighth grade, since he hasn't bought any new clothes for himself recently.

Thus, his uniform is really the only safe choice for him to go out in. As the president, he probably does want to wear his uniform and gold chain to represent the school, but he also says,

It's true. I'd like to dress fashionably if I had the money. I want to wear nice clothes when I go out. But I know Shinomiya's clothes are all super expensive designer labels... My uniform is the nicest, most expensive outfit I own. If I allow myself to want new clothes, I'll never stop shopping. The best way to curb my desire... is to suppress any interest in clothing. But Kei is a girl... I saved money so she could spend it on nice clothes.

Since it's been asked whether Shirogane even owns a yukata (or other festival attire): In season 2 episode 2 “Kaguya Wants to Know / Kaguya Wants to Give a Gift / Chika Fujiwara Wants to Confirm It” Kei says her family has agreed that birthdays are wastes of money. This characterizes her family quite a bit. I cannot say with certainty whether Miyuki Shirogane owns a yukata or not, however, given how frugal and cash-strapped he and his family are, in lieu of any further information, I would conclude that it is unlikely. Any kind of attire that's only going to get worn a few times a year (or maybe not at all if he doesn't go to any festivals) would be a waste of money in Shirogane's eyes.

Not the answer you're looking for? Browse other questions tagged culture kaguya-sama-love-is-war japan .

0
Attire for a Japanese wedding: Why does Raiha attend Fuutarou's wedding in school uniform? (S1 finale)

10
Does anime really account for 60% of the world’s animation-based entertainment?
12
Why do first, second, and third grade of Japanese students wear different uniform in Anime?
10
Is it common for Japanese school kids to live alone IRL?
1
Why does Miyuki lose when Miyuki is hardly in the story?
1
What's the katakana for the 'down' in kabedown instead of kabedon that Miyuki Shirogane 'invented'?
0
Attire for a Japanese wedding: Why does Raiha attend Fuutarou's wedding in school uniform? (S1 finale)