Why do Nino and Miku need to fight for the TV?

At about 3:20 in the 2nd episode of 5-toubun no Hanayome ∬, Nino and Miku are fighting over the TV. 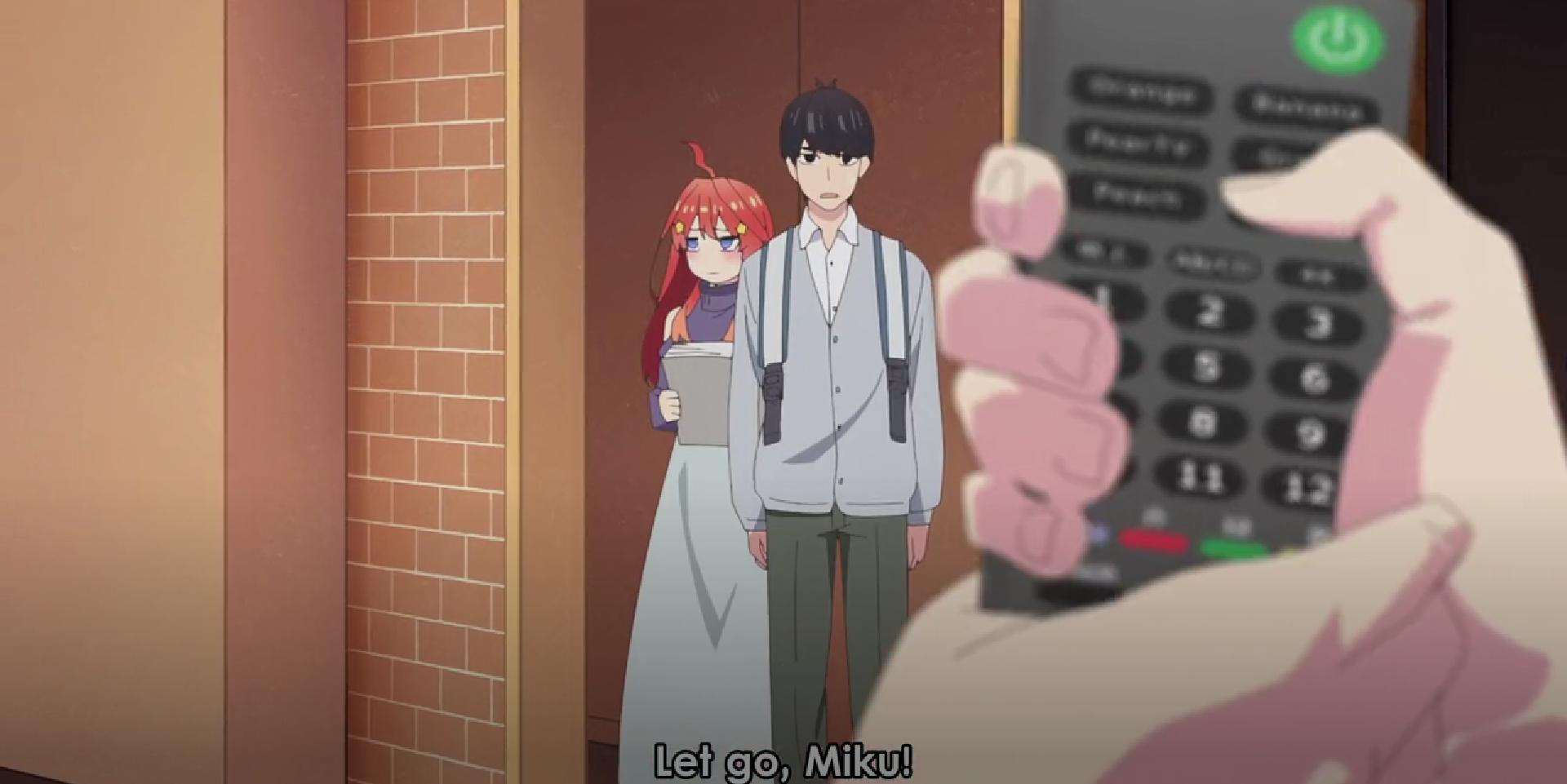 Do parents in Japan forbid their children from having computers or tablets?

If not, Nino and Miku could just watch their favorite shows in their computers or tablets and there would be no need to argue. But in the 1st episode of Season 1, when Uesugi entered the quintuplets' room, there seems to be no computer in their rooms.

If so, why do the parents do that? Do they think having electronic gadgets would have negative influence on children's study (, which might be consistent with Japanese schools' strict rules)? However, having the internet is a great convenience while studying and can save you much pain when you fail to solve some difficult problems. As a doctor who works in a hospital, the quints' father must have a high degree. It would be unbelievable if he is unaware of that.

So, in the end, why do Nino and Miku need to fight for the TV?

It's not necessarily about cable or whatever, but a TV has a bigger screen. It's even better than a laptop/desktop computer.

In your screenshot the remote is blocking the way. 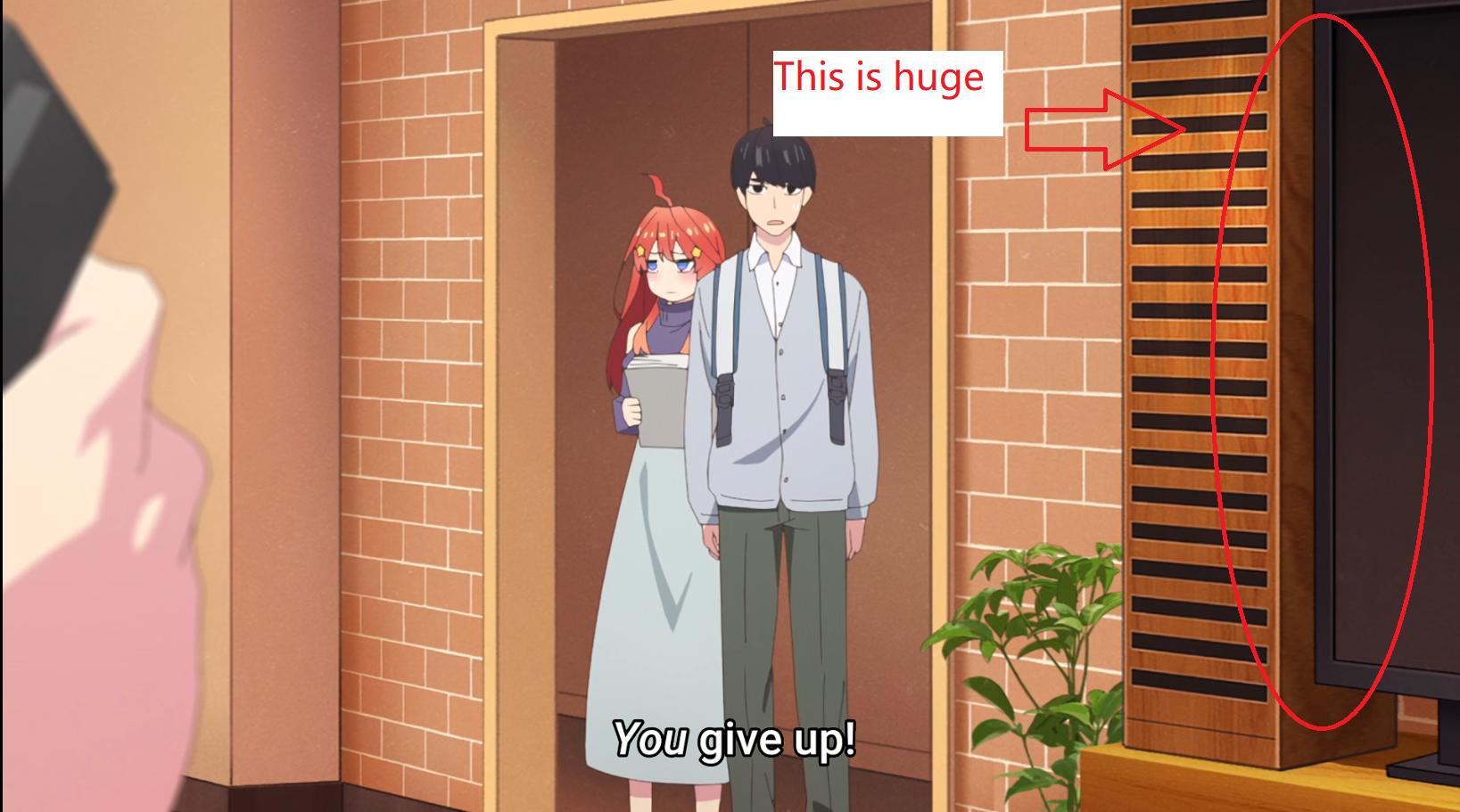 We can see how huge it is in a later screen. 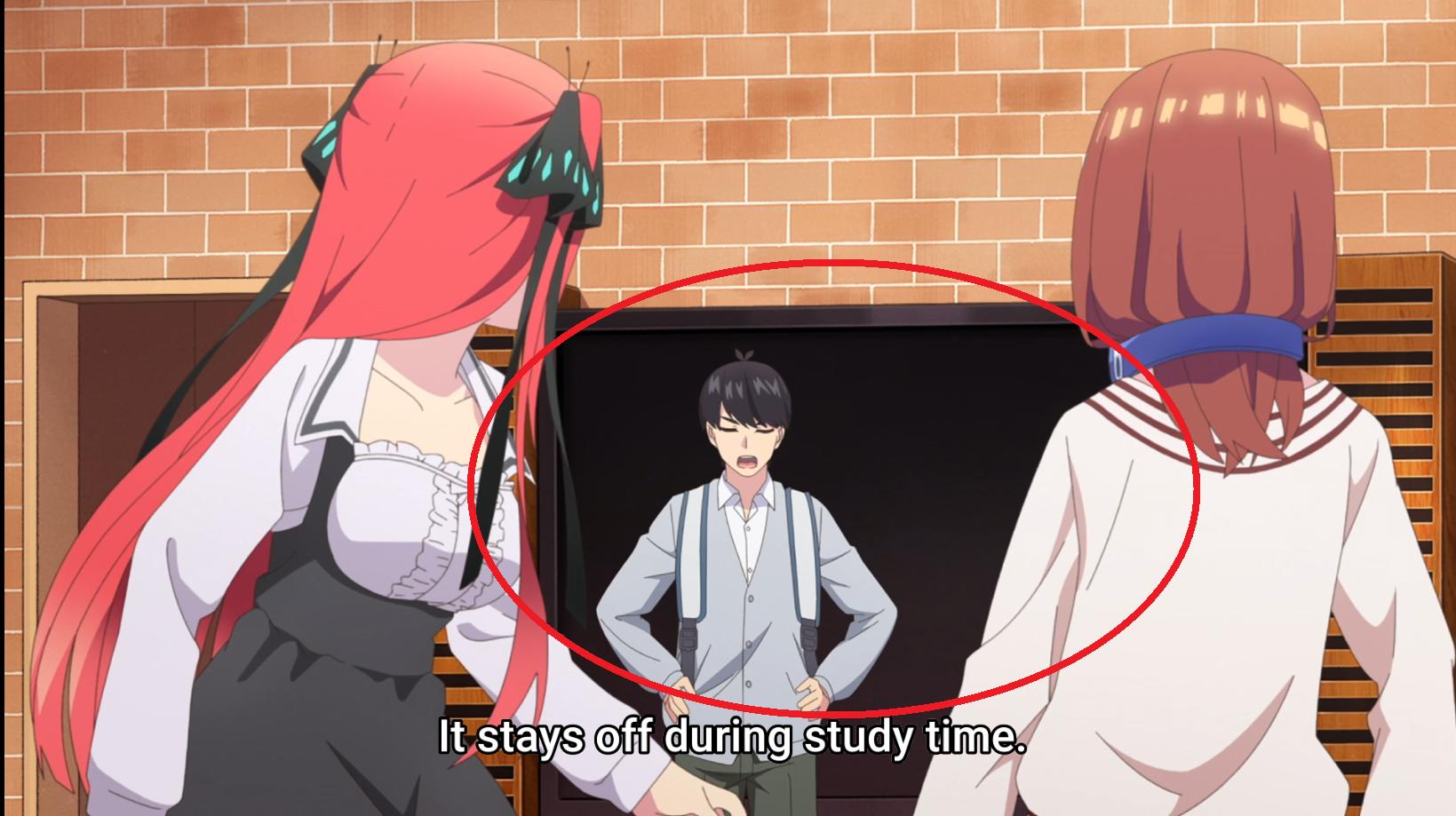 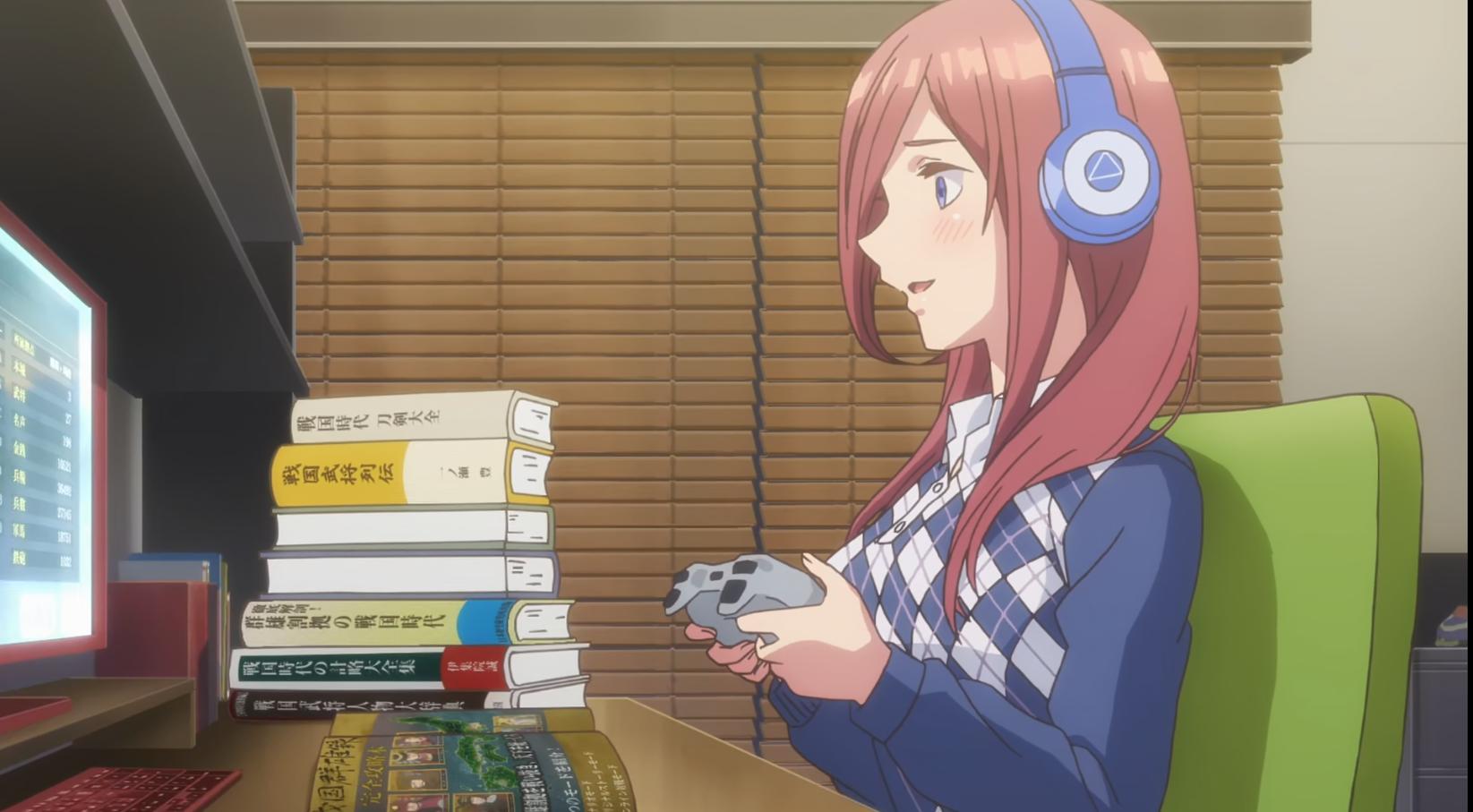 Since the game was borrowed from Yotsuba (see below), Yotsuba must have too. I mean, we haven't really examined their rooms in detail have we? Just because you don't see a computer doesn't mean there isn't one. 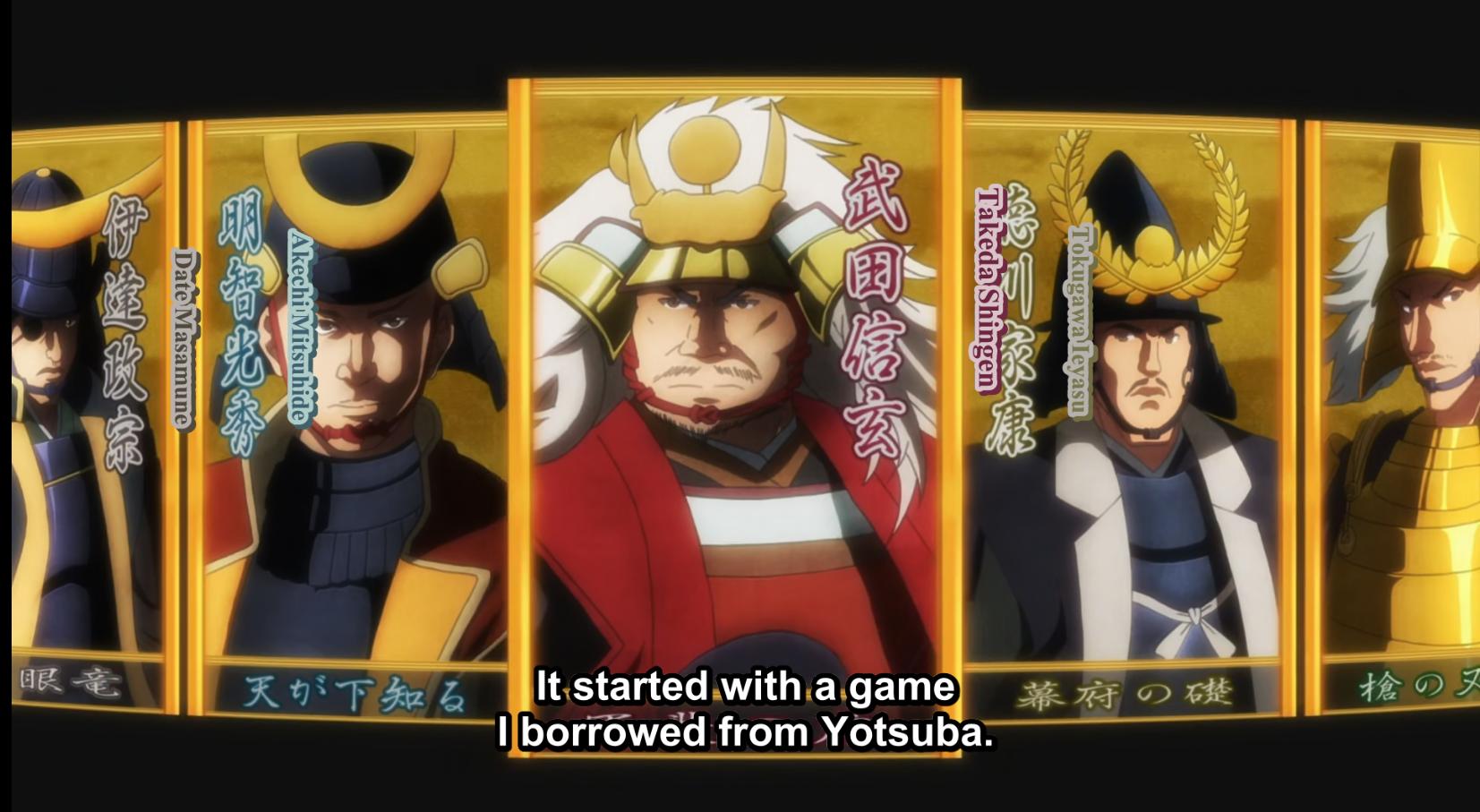 Actually you can see the same computer Miku has in S01E01 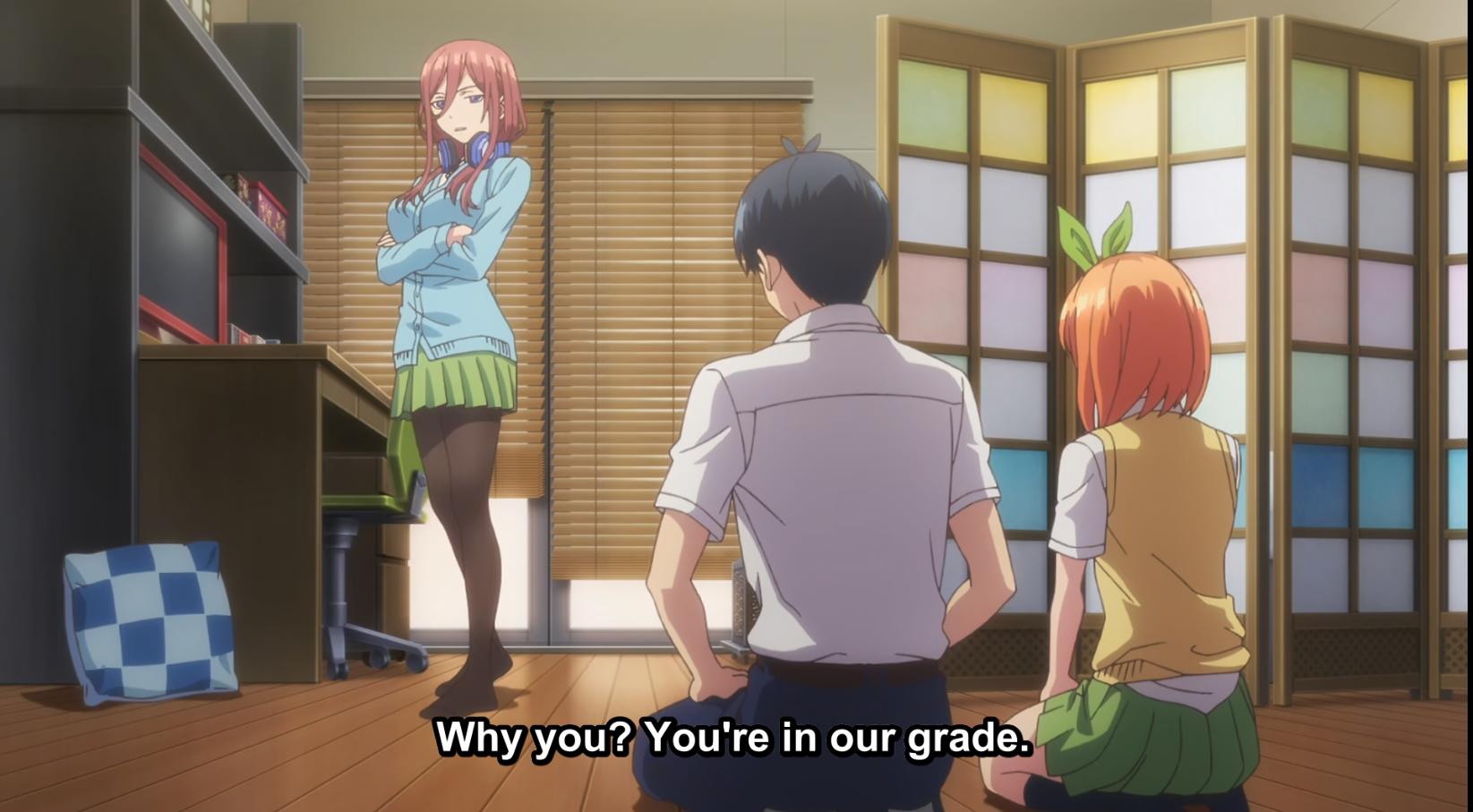 Another thing is rather simple. You can't watch TV on tablets or PC in Japan, without additional device (which is not so commonly used). So whether or not they have those gadgets may not be that relevant.

Nowadays high school kids should have smartphones at least. Due to the covid-19 and tele-education, I think there are many tablet distributed among students, so it is not unusual that they have those gadgets.

0
How could Nino blackmail Fuutarou with the photo without possessing it or any copies of it?
1
Do Itsuki or Miku (or the other quints?) ask their dad why their tutor Fuutarou is a student in their own school and year level?
1
Can wearing wooden sandals in childhood form a lifelong separation between the hallux and the Index toe?
0
What's so good about being called by her first name?
1
Why are Yotsuba and Ichika so friendly towards Fuutarou in the first episode of 5-toubun no Hanayome?
1
Is this supposed to be a hint that Uesugi is socially inept?
1
Why did the nurses think Uesugi was the bastard son?