Why did the nurses think Uesugi was the bastard son?

At about 3:05 in the 1st episode of 5-toubun no Hanayome ∬, Uesugi said that the nurses thought he was the hospital director's bastard son.

Then Nino confirmed that her father paid for the expenses. 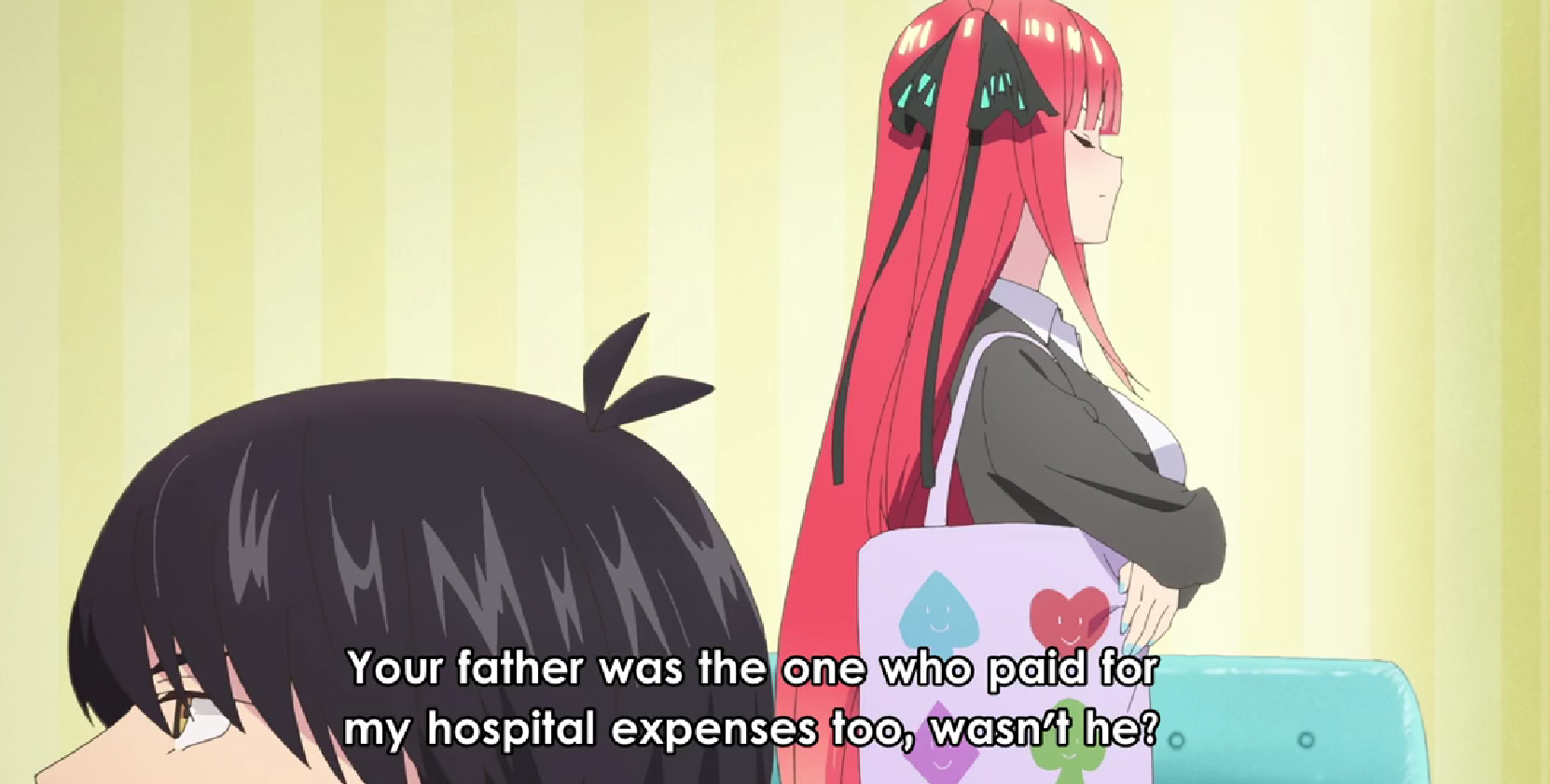 I can probably answer this better after I read the manga properly, but there's this part I happened to see in the manga that was cut from S02E06:

goes to visit their visit the quints' mom's grave without the 4 older quints,

there's this part in the manga version of that

In Ch57, well at least in my translation Nino says

Itsuki is visiting the grave of 'her' (Itsuki's) mother. 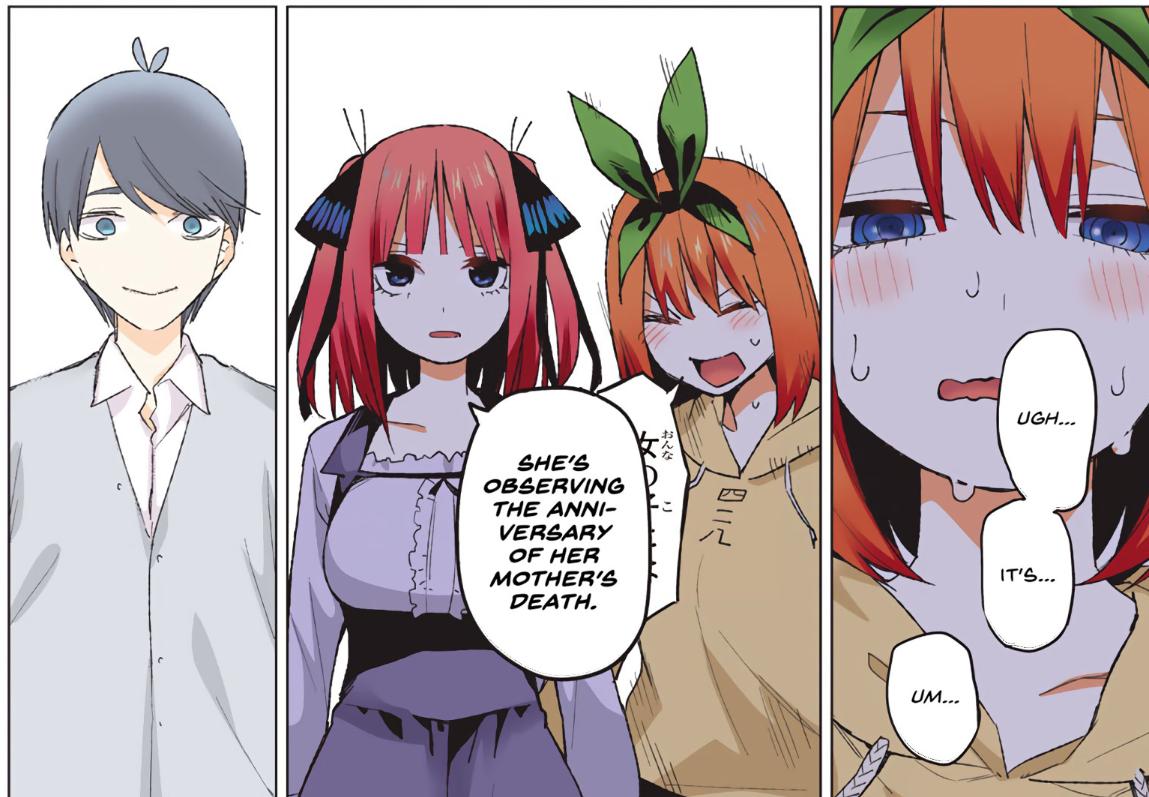 Not sure what was up that weird wording by Nino...it's probably explained in the original Japanese, but Fuutarou does have this weird imagination that somehow the quints have 5 separate dead mothers who are all fathered or step-fathered by Maruo. And then the quints somehow are the same age (at least rounded to year if not rounded to month). 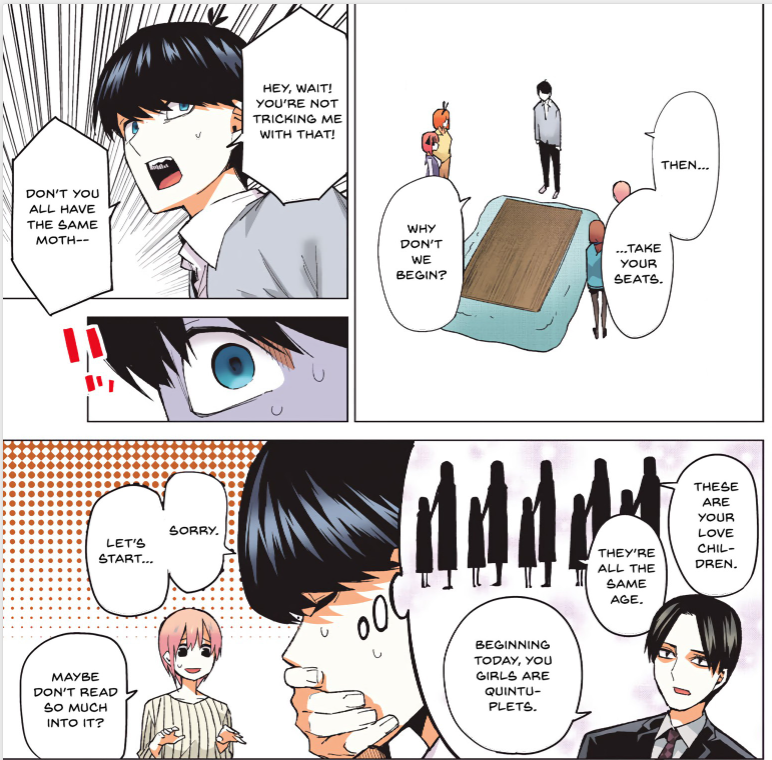 So idk maybe Maruo has some kind of reputation for being a playboy, not just among the nurses but even with Fuutarou...or oh wait...maybe that reputation from the nurses is what led Fuutarou to think this...oh ok I guess false alarm. I was thinking 3rd variable.

Why did the nurses think Uesugi was the bastard son?

Right so my 2nd guess is as I said

Maruo has some kind of reputation for being a playboy

But more realistically my 1st guess is they're probably conjecturing why Maruo's footing the bill for a non-relative.

As for the sub-questions

Is the quints' father the hospital director? If he is, is this explicit in the manga? (The anime doesn't seem to say anything directly about this.) Or is it just that Maruo paid the expenses, and he had some relation to the director, so the nurses thought he's licking the director's boots by paying his son's expenses?

Idk. Lol. But it says in fandom

Maruo Nakano (中野なかの マルオ, Nakano Maruo?) is the step-father of the Nakano Quintuplets and husband of the late Rena Nakano. He runs a large hospital and he is also a doctor.

So I guess yes.

Why did the nurse describe the director's son as bastard? Is it often the case in Japan to say bad things about your manager behind his/her back? Or is it just Maruo was bad at social, so the nurse disliked him?

But if you're asking or would then ask why Fuutarou was assumed illegitimate, then well...because they knew so far that Maruo had only 5 kids I guess?

2
Why was Itsuki about to eat alone in the 1st episode?
3
Are the Uesugi siblings, Fūtarō and Raiha, named after the Japanese gods of wind and thunder, resp, Fūjin and Raijin?
2
Why does the quintuplets' father hate Fuutarou?
1
Why do Nino and Miku need to fight for the TV?
2
Why is there a letter 'R' on the rooftop?