How exactly did Obito escape from Itachi's Amaterasu?

Itachi attacked Obito with Amaterasu through Sasuke's eyes, when Sasuke saw Obito's Sharingan. As soon as Obito was engulfed by the flames, he went into the dark region of the room and got rid of the lethal flame. How did he do it? Did he achieve that with Kamui?

I've been thinking about this question, and I've found a theory, which would explain a few things:

I'm almost 100% sure that the Amaterasu had hit Obito, as in the anime we can hear the damage being received. As from that moment, we can't talk about the Transportation Technique, because the Amaterasu lasts until his target is completely gone.

So that would reach the 5 minute limit and Obito would have been dead, just as it would've been the same result in the fight with Konan: those paper bombs kept coming, and they would've reach the 5 minutes limit, IF, and here it comes my theory. Obito escaped with the same technique both times, the Izanagi.

Since he had a lot of Sharingan eyes in reserve, he could have easily replaced the eye he had just used, just as he did after fighting Konan. AND he could have implied this, by the lines (if I recall well), "Even Itachi didn't know everything about me". That he could use Izanagi, or that he has those Sharingan reserves (since Itachi never knew about the eyes collected by Tobi, or Tobi's expertise in using this rare and forbidden jutsu).

At that time, Obito/Tobi doesn't have Rinnegan. The Rinnegan was in Nagato's possession. At that time the only Sharingan that had evolved into the Rinnegan was that of Uchiha Madara. Obito's was just a Mangekyou Sharingan. Therefore it definitely was not Shinra Tensei.

A possible explanation to how he get rid of the Amaterasu is that he used Izanagi using one of the Sharingans he collected. But it can't be said for 100% as it was never revealed in manga nor anime.

Since the Amaterasu hit him on his whole bod, 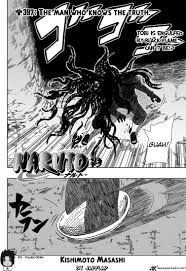 he surely didn't do the same thing he did when he fought Danzo's bodyguard Fuu and Torune (pulling off his arm that is). Therefore I can say for 95% that it was Izanagi.

he used Kamui. the third databook brought up the question of how he survived and talked about his ability to slip through things

I don't think zetsu had anything to do with it. And personally, I don't think he used the izanagi either. I think he used the same thing he uses to make things pass through him to escape it. Yes, the Amaterasu flames don't burn out until their target it burnt to a crisp, but think about it. Fire is energy, no matter what how it is formed, and chakra is basically energy as well. The rasengan is made of chakra(energy), and it passed right through him to. So to the flames, it would be like their target was already gone, so they burn out. That's just what I think about this topic.

One of the reason can be

the flames burn fairly slowly, sometimes allowing anyone struck by Amaterasu an opportunity to remove whatever clothing or body parts have been caught ablaze.

This gave time Obito to separate him from his clothes. And for the part Amaterasu burn anything caught by it to ash or destroyed. Dress he was wearing will be destroyed by Amaterasu.

30
Why do some Sharingan eyes have unique Mangekyou abilities?
14
How does the Mangekyo Sharingan blind its wielder, and why are some wielders not blinded?
5
Who names the powers of Mangekyō Sharingan?
7
Why did Obito spare Kakashi?
2
How did Shisui awakened his Mangekyo Sharingan?
5
Can the Eternal Mangekyō Sharingan be obtained by implanting a normal Sharingan?
1
After Madara stole Kakashi's sharingan, was it not possible for Naruto to take Obito's left eye and give it to Kakashi?
3
What causes the Susano'o morph into more advanced stages?