What is the color of the State alchemist pocket watch?

The correct color of the watch is silver.

A popular fan scanlation of the manga (volume 1, chapter 3, page 19) incorrectly states that the pocket watch is gold in color. 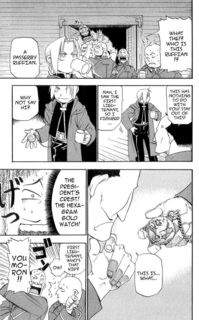 Third panel down on the left: "The president's crest! The hexagram gold watch!"

The correct color is in fact silver, according to the raw version. Here is the same panel, taken from the raw manga (volume 1, page 117). 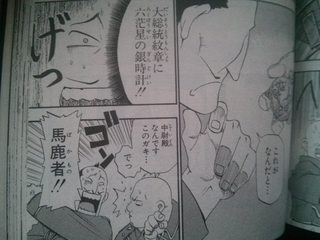 The same panel as above reads:

The Wikia pages indicates it is a silver pocketwatch.

Looking up Brotherhood's differences from the manga, while Brotherhood follows the manga more faithfully than the 2003 series, most of the changes are omission of the scenes which are covered in the 2003 series, with some slight changes in other scenes due to the aforementioned omissions.

For example, May Chang's first appearance was in Youswell in the Manga, but since this was omitted in Brotherhood as the main points of the events (Yoki being tricked, people of Youswell gaining ownership to the deed of their town, and the start of Ed's fame as "Hero of the people") were already covered in the 2003 anime, the dialogue during her second visit was changed to avoid confusion.

There doesn't seem to be any mention of either the 2003 series of Brotherhood changing the pocketwatch's composition, but instead only the change in the hexagram presumably as to not invoke Judaism. However, I have yet to read the manga and just looking at the covers, the most we can ever see is the silver chain which the watch is connected to. 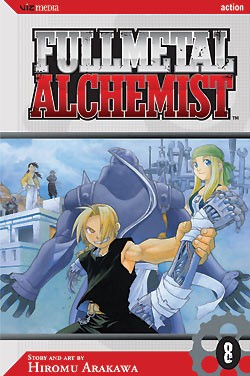 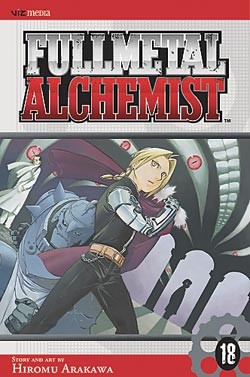 I also want to point out that, Gold in Japanese is Kin (ķćæ), while Silver is Gin (ķŖĆ). It could be quite possible that the translation may have made a mistake. However, without seeing the pages myself, this part is just speculation.

The pocket watch is in fact gold according to the English translation of the manga. Yoki mentions this in chapter 3 of volume 1 saying: "A gold watch with the president's crest and the hexagram!! GAH!" After Ed introduces himself in the Inn by showing them the watch. It would be very interesting to find out which side the mistake was made on, translation or the anime and all colored artwork. :) I was wondering about this too for some time but couldn't find anything on it online.