Definitive answer as to whether Johan woke up to question Tenma or it was a hallucination?

When Dr Tenma visits a comatose Johan in hospital, we see a scene where Johan wakes up from coma to ask an existential question, which contrasts with this philosophy that life is inherently meaningless. Tenma does not answer; we cut to a scene where Tenma is panting in a cold sweat over a comatose Johan.

Which of these interpretations is true:

...end of the series, Tenma paid Johan a visit in the state police hospital, where he had been unconscious ever since the massacre. After being informed that he had [a] name, Johan sat up and began talking to Tenma, retelling the story of his mother's choice and asking which child wasn't needed. It is unclear whether this was a hallucination that Tenma experienced or if it was actually real.

His mother's true sentiments while making the switch might have been frightening for Johan, leaving him to question the scene for years to come. However, if that segment is to be interpreted as a hallucination by Tenma, this might not be the case. 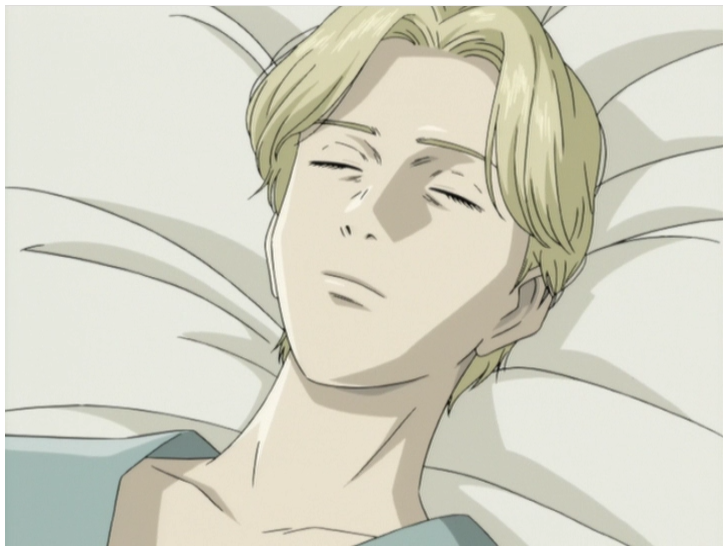 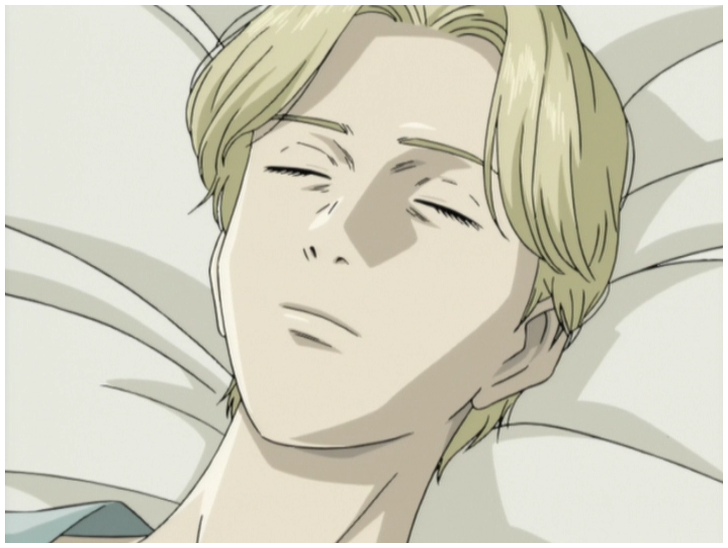 Once you're done comparing them, in the second image, you would notice that not even a single hair is out of place. Johan's face shows virtually no expressions different from the first image. The wrinkles shown over the pillow are identical.

It is simply impossible for a person to take care of all of these things in a time of split-second, specially when somebody is sitting beside.

Johan certainly had masonic charisma, but that doesn't imply that every action of him was perfect. In the words of Hans Georg Schuwald and Julius Reichwein (Episode 36: The Monster of Chaos):

How any person could ever be that, perfect? I imagine having one sight just confuses the matter. But I can always sense it. Yes, the presence of something so unerringly precise, like Johan. I feel as though he is not of this world at all. I do.

Oh he's very much of this world, I assure you. And he has left a paper trail, just like the rest of us. And here it is.

The images are sufficient evidence for me to consider that the ending was an imitation of the state of Johan in Episode 2, where Tenma was talking to him or rather himself but once Tenma left the room, Johan was shown to came back to his senses and was listening the entire conversation of Tenma. 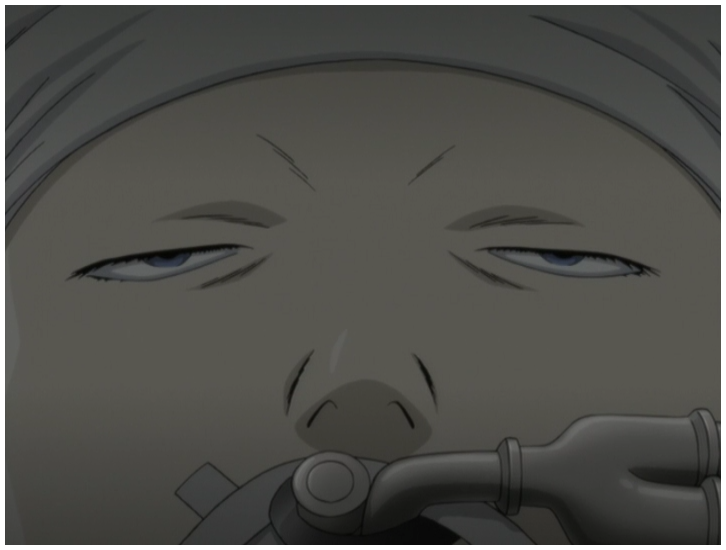 In short, Johan listened to what Tenma said, but didn't respond and left the room later, which means the conversation between Tenma and Johan was hallucination of Tenma.

I noticed a bit of conflicting evidence which challenges my proposition. I'm not certain whether it's a design fault or deliberate information introduced in the story. In any case, take a look at the following images. 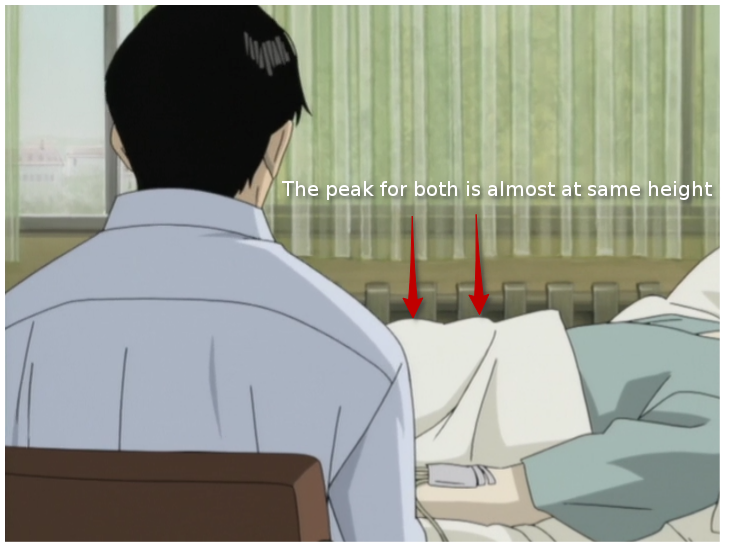 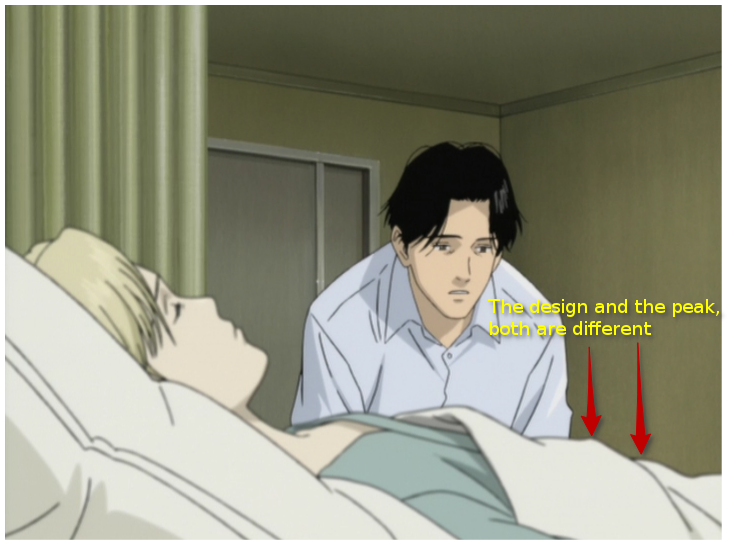 Not the answer you're looking for? Browse other questions tagged monster or ask your own question.

19
What happened in the hospital at the end of the anime/manga?

3
What was Johan trying to achieve by setting fire in the book donation ceremony in Munich?