How much is One Piece's currency worth?

There are many transliterations of the currency: Berry, Beli, Berri. Which one is the official one?

The Navy just give large bounties for pirates, Buggy has a 15 million bounty and Luffy has a 30 million. Would Luffy's bounty be an equivalent to 30 million Yen?

What would be the real world value of the currency used in One Piece?

In the original, it's called Beli in English. However, if the Japanese word is translated correctly, it's Beri - it's a feature of the Japanese language (look at SingerOfTheFalls answer). However, it differs in different languages: for example in Germany, it's Berry.

To compare the prices:

Regarding Luffy's bounty would be an equivalent to 30 million Yen,

Fourth Bounty: Defeating yet another Shichibukai (Gekko Moriah), attacking a World Noble, causing an unprecedented breakout from Impel Down, participating in the Whitebeard War, and by intruding Marine Headquarters a second time and ringing the Ox Bell 16 times (which was taken as a declaration of war), Luffy's bounty has gone up 100,000,000 more to make a total of

400,000,000 making it the third highest active bounty known. The public revelation of his relation to Monkey D. Dragon may also have influenced it.

In One Piece, the currency is called ベリ.

However, in Japanese, there is no "real" 'l' or 'r' sounds, so it would sound like something between 'r' in 'rock' and 'l' in 'lock'. Native speakers can pronounce it in different ways, with 'l', with 'r' or with a mix of both, it still stays the same kana.

It's pretty much the same as with "Horo"/"Holo". So the correct romanization would be either "Beri" or "Beli". "Berry" probably appeared because "beri" sounds similar to "berry", and "berry" is an actual English world, or maybe there was another reason.

As for the prices, looper's answer already mentions some of them .

To compare the prices:

People seem to read past your second question, but yes Luffy's bounty was an equivalent to 30 million Yen. As said in the trivia section of the wiki page on Beli, both the appearance and denomination of the beri closely resembles the Japanese Yen...

In appearance and denomination, the belly closely resembles the Japanese Yen (日本円 Nihon En). The characters Yukichi Skull, Ichiro Kumaguchi, and Hideo Usaguchi portrayed on the belly banknotes are a pun on Hideyo Noguchi, Ichiyō Higuchi and Fukuzawa Yukichi portrayed on the corresponding yen banknotes. "Kuma" and "usa" mean bear and rabbit.

Some Images for comparison:

One Piece Beli bills and coins 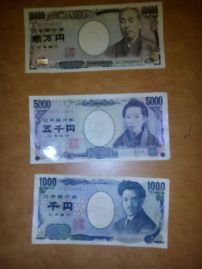 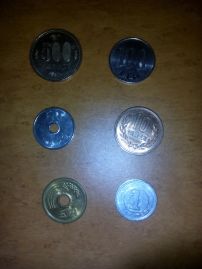 For reference I put a few prices below gotten from the wiki page. Comparing them to contemporary slave prices or terrorist bounties, it seems that we put more value on human life than in the One Piece universe and have somewhat higher prices going on, but when comparing everyday objects like a cabbage loaf, jacket or brand shirt, it seems that the prices pretty much resemble current Japan prices. Therefore it is safe to say that Oda based the One Piece currency on the currency of his home country Japan.[A reference of Oda confirming this would be nice, but I could not seem to find any]

The author have clarified it in S.B.S corner (a Q&A corner, may not be available for non-Japanese, or non-Korean readers), that one "BELI" worth 1 yen.

8
What are the bounties of the Yonko?
1
Is it logical that Enel's power is ineffective against Luffy?
4
Why can Devil Fruit users use their abilities while wet?
10
What are the similarities between Gol D. Roger and Monkey D. Luffy? Are they related by blood? What are their relatives' ages?
5
What happens when a Marine or Pirate goes after a bounty
6
Who is this man in the cover page of One Piece chapter 839?
3
Have the Marines ever paid out a bounty over 1 millon Berry?
5
How does the One piece Bounty system work?
4
What makes early One Piece episodes feel so rushed?