Why does Rin Nohara have purple stripes on her cheeks?

Not much to explain. Why does Rin Nohara have purple stripes on her cheeks? 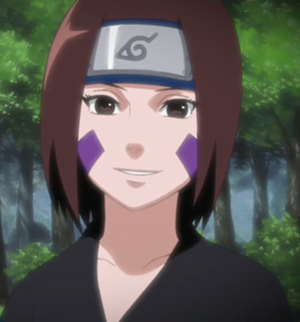 It's most likely a sign of her clan. Kiba has the red stripes, as does the rest of his family to symbolize clan members. But, it could be just a symbol of her personality or being, as many characters, such as Chouji, Chouza, Hiruzen Sarutobi, Jiraiya, Orochimaru, Itachi Uchiha, Kankurou, Gaara, etc. have their own, which are shown not to be associated with any of the other members of their clan. So take it two ways, it's either a clan symbol, or just a way of having their own style or their beliefs.

Usually, it is a tradition passed down from clan members or affiliations. For example, Jiraya has red markings because of his toad affiliation. Kiba and other Inuzuka clan members before him had markings, resembling/identifying their dog user capabilities.

Rin has them probably because the Nohara clan puts on the purple striped, or it is either because of her use of medical ninjutsu.

15
Why does Naruto have whisker marks?
5
Why does Tobi have a Sharingan with Kamui ability after having used Izanagi?
9
Why doesn't the Gedo Mazo have tails?
14
Why did Kakashi kill Rin?
17
Why does Sasuke have only one Rinnegan?
2
Does Konan have a theme song?
13
Did Kakashi ever love Rin or at least feel anything for her?
7
Why Does Boruto and Himawari Have one less Whisker mark than Naruto?
8
Does Boruto have Sasuke's headband?
11
Why does Sarada Uchiha wear glasses?