Can loose souls hide in males?

After finishing the first season, I have noticed that all the loose souls so far have been hiding in female hosts. I realize it makes sense for the male protagonist to be working with females, but is it possible for a male to have a loose soul? Perhaps there is a female counterpart to Keima that deals with the males?

There is a reason why the runaway spirits hide in females. A runaway spirit can be reborn as the child of a female host. For this reason, essentially all runaway spirits have female hosts. As far as I know it has never been explicitly addressed whether a runaway spirit is capable of possessing a male host, but even if they could it wouldn't be of any benefit to them since the primary goal of the spirits is to be reincarnated.

This was explained in chapter 3 of the manga (before the Mio conquest), but at least according to @ShinobuOshino below in the comments, not in the anime. It does come up in some future arcs though (I'll avoid spoiling exactly when), so it may be mentioned later in the anime. 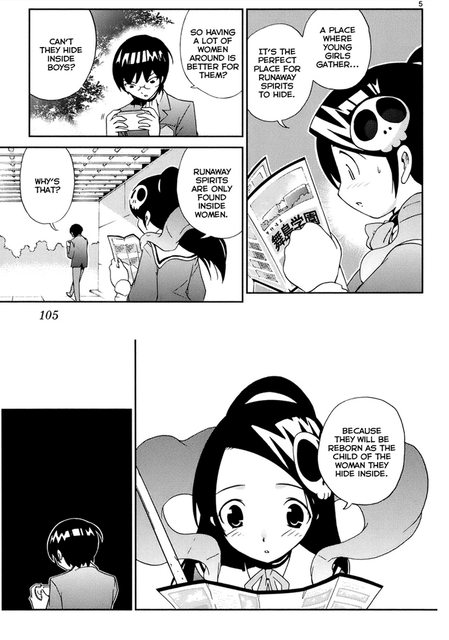 0
Where can I buy KamiNomi Manga?