Who were the survivors in Danganronpa?

In the last episode, many survivors were shown in the outside world. Who were these people? Is there any reference anywhere telling about these people, who they were and how they managed to survive?

I haven't seen the anime yet, but in the game's version of events the survivors who are living in the outside world are the general public who have fallen into despair (and somehow gained monokuma heads) 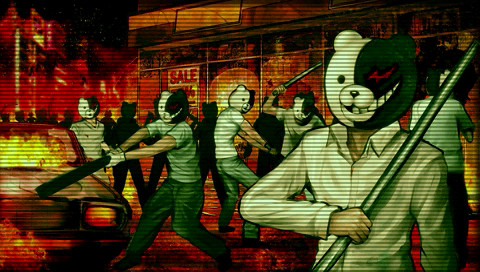 You can see them rioting in the image above, and it wouldn't be a wild stretch of the imagination to say that they were probably looting stores also. [note the broken window at the very right] which is where they could get themselves provisions and other necessities.

The academy was sealed off by the students themselves so that they would not succumb to the miserable world outside. 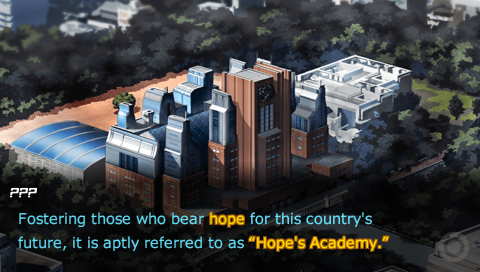 At the end of the game, the students mention that there are people out there who are still clinging onto remnants of hope, and that they will go out, meet them and join forces. But as far as I can tell, it's just conjecture on their part.

17
Why is blood pink in Danganronpa?
16
Why does Naegi always appear in the closing credits along with the dead characters?
7
What happened to the outside world in Danganronpa?
4
Danganronpa - What is supposed to happen if there are 2 or 3 players left?
0
Who is to say if someone is 'murdered'?
0
In Danganronpa, how can a classroom trial be called if there are only 2 witnesses available?
14
Order to watch the Danganronpa series? Is there a "Danganronpa 2"?
1
How were the culprits "dragged to their death"?