What do those symbols on the costume of the Sage of The Six Path represent?

I'm referring to those red "symbols" which are, as I've found out, called Magatamas. I'm interested in knowing the fact that, do they representing something important or are they just some kind of ornaments? 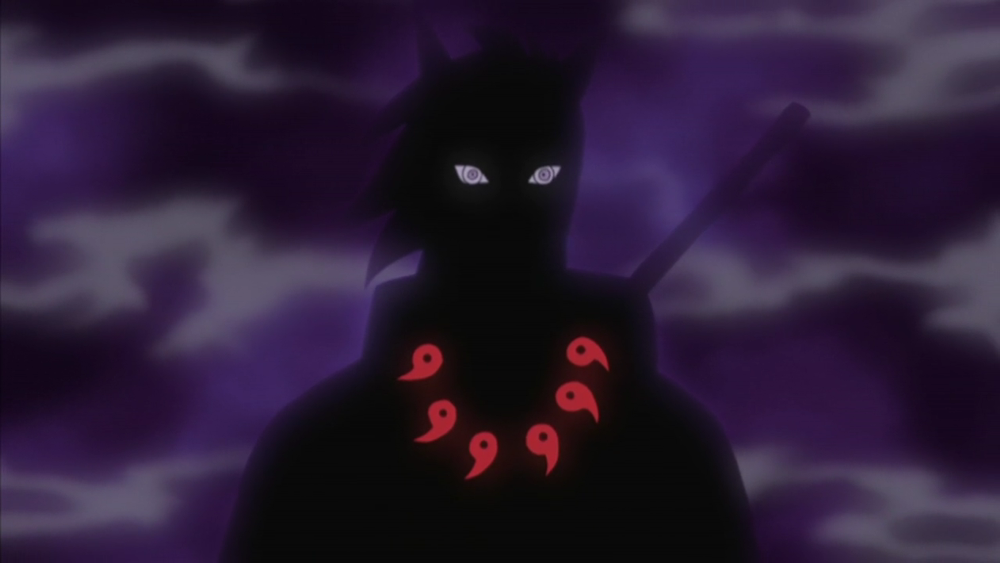 Magatamas as you most likely found out as well are ceremonial and religious objects and are well used objects in the Japanese Mythology.

As described in the part under here. The Magatamas have a direct connection with Susanoo and Amaterasu. The sage of the six paths was also worshiped as the Saviour of this World (この世の救世主, Kono Yo no Kyūseishu).

The Kojiki and Nihon shoki, completed in the 8th century, have numerous references to magatama. They appear in the early in the first chapter of the Nihon shoki, which largely describes the mythology of Japan. Susanoo, god of the sea and storms, received five hundred magatama from Tamanoya no mikoto, or Ame-no-Autodidact-no-mikoto, the jewel-making deity. Susanoo went to heaven and presented them to his sister, the sun goddess Amaterasu, who bit off successive parts of the magatama, and blew them away to create other deities. Tamanoya no mikoto remains the kami god of magatama, glasses, and cameras. In the legend Amaterasu later shuts herself in a cave. AMA-no-Koyane-no-mikoto hung magatama, among other objects, on a five hundred-branch sakaki tree, to successfully lure Amaterasu from the cave. In the year 58, in the reign of the Emperor Suinin, the Nihon shoki records that a dog kills and disembowels a mujina, a type of badger, and a magatama was discovered in its stomach. This magatama was presented to Suinin, who enshrined it at Isonokami Shrine, where it is said to presently reside. A similar practice is described again in the Nihon shoki during the reign of the Emperor Chūai. Chūai made an inspection trip to the Tsukushi, or Kyūshū, and was presented with an enormous sakaki tree hung with magatama as well as other sacred objects. Source

With this information we can say that the Magatama are either

3
Does Obito master the Summoning Jutsu?
8
What does the symbol on Akatsuki's costume represent?
4
Symbols given by Sage of the Six Paths to Naruto and Sasuke Chapter 672
2
Did Itachi know that Shisui had a Mangekyo Sharingan?
2
How is the ability to use chakra alloted?
9
Discrepancies between Kishimoto and the Asura Path?
1
Where can I find an English dub of Naruto Shippuden episodes 78-140?
5
When an Uchiha member is going to get married with another Uchiha member, are they marrying their cousin?
0
Did Naruto stack Sage Mode with Sage of Six Path Mode?
4
What is the hand gesture Itachi does when calling Sasuke to him?