What is Naruto's family tree?

I've been trying to figure out how far Naruto's heritage can be traced back. We know his parents, but seeing as we've met other Uzumakis, I figured that there might be at least some other idea of his heritage past is parents. How far/out can his family tree be traced?

There actually is somebody who try'd to get all the main characters a place in one big family tree on deviant art it is a bit outdated thou as it last updated in 2011. I advice on downloading the picture as its really hard to read otherwise

Due to some quotes through out the manga there is also a theory floating around that Naruto has some blood ties with the senju clan.

We know that the first Hokage's wife is Mito Uzumaki so this does make some sense. Some of those theorys can be read on narutobase 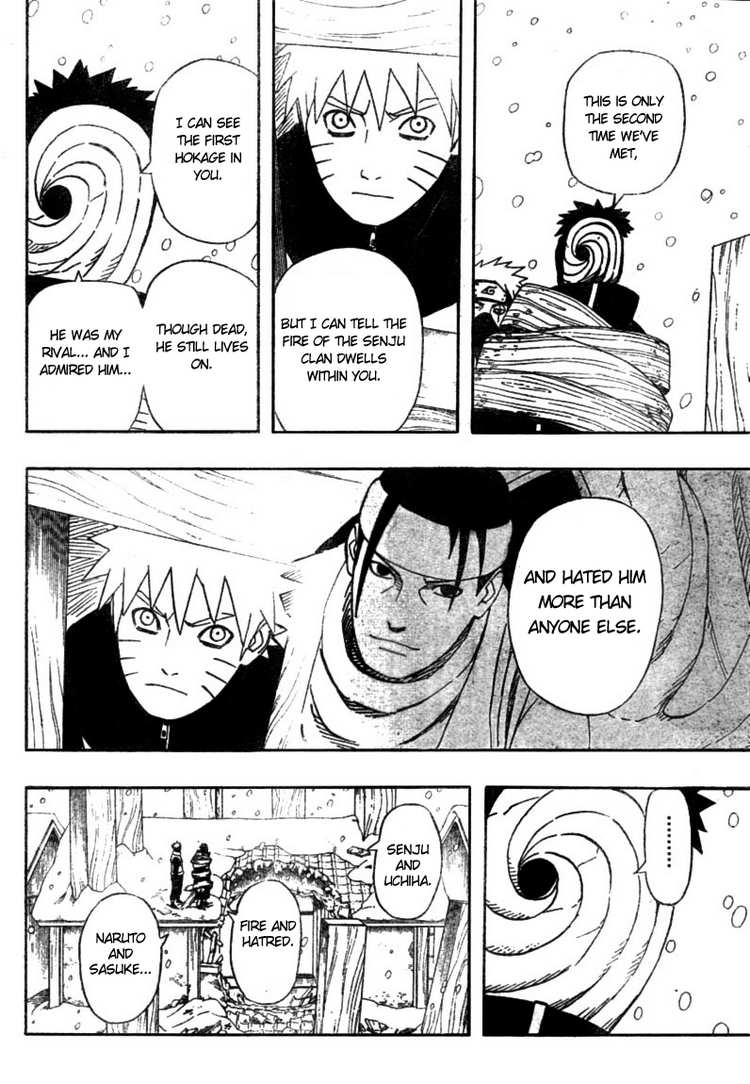 And one of the most commonly accept of them would be that all descend from the Uzumaki clan to begin with. 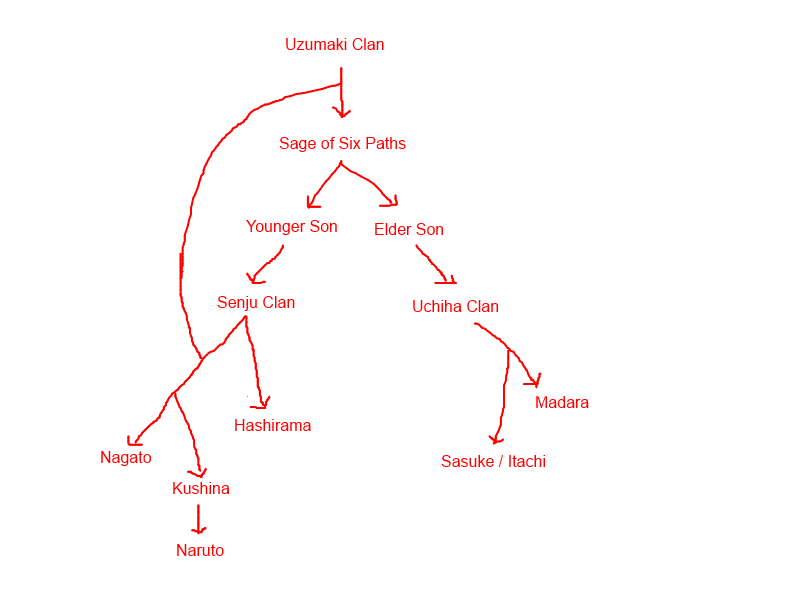 Although there are loads of theory's and tons of rumors going about, we cannot provide a definite family tree of the people beyond Naruto's parents. As most of the theory's are still only based on small quotes such as above

For a proper time line to be set up we most likely need the parental details from either Karin or Nagatos parents, as they all descend from the Uzumaki clan

Edit: Warning contains content shown in the manga up to chapter 670. Read with care as you might be spoiled

Breaking news on the family tree of naruto, in chapter 670 at page 11 the sage of the six says

You are my son Ashura's

With this and the up following pages we can confirm that Naruto is a descendant of Ashura, which is the younger brother. The creator of the Senju clan. So Naruto is in fact of the senju blood line. And to be even more accurate, He is the reincarnation of Ashura.

For me, it is like Hashirama; Tobirama for grand-grandfather or grand-grand-uncle because Naruto and Hashirama haves some similarities. Each other passes Hokage without being sensei. They are both reincarnations of Ashura. They like taking care of plants. Tobirama said he feels his brother when Naruto team up with him. Naruto's nature chakra is not determined because of Kurama.

This is just my interpretation but from the Sage of Six Paths, the Uchiha and Senju were born. And from the Senju, the Uzumaki split off. I would suggest that the split happened very early on in the two clans' history because they share many similar traits and the manga also states that, during the present, the Uzumaki and Senju are very distantly related, meaning that the clans would have had to split early in history. This would also support why the Uzumaki express similar if not the same traits of the Senju.

The First Hokage married Mito Uzumaki. Though it is not known who the First Hokage's child is, it is clear that they (the First's child and her/his spouse) had another child, Tsunade.

If I had to guess, I would say that Kushina was no more than a cousin to Mito Uzumaki but simply received Kurama from her. And Minato came from a different family altogether.

2
Is Naruto related to Hashirama Senju?

8
What is Naruto's age?
3
Can a soul that is normally freed from the Edo Tensei be resurrected again?
5
Do the Sharingan dots decide their power/ family tree?
8
How did so many people get away with cheating during the written portion of the Chunin Exam?
3
How to summarise the whole Naruto franchise without giving a lot of spoilers?
12
What is Naruto's second element?
2
What happened to Naruto's grandparents?
9
Why didn't the entire village know Naruto was Minato's son?
4
When was Orochimaru kicked out of the village?