Is the Evangelion Remake a remake or a sequel?

OK so the other day I got to a discussion with my mate about the Remake of Evangelion and Evangelion in general. And he seams to be under the impression that the new Evangelion movies are not actually a remake but a sequel. And he does have good arguments backing it.

The idea being that the "Evengelion 1.0 You are not alone" world is the world that Shinji created at the end of "The End of Evangelion". If you think about it it does fit. One of the biggest hints for this is the same red sea seen with what the "The End of Evangelion" ends and "Evangelion 1.0" begins. More to the point, if you remember the original series, then there the sea was blue and in the remake it's red and if you think about the big differences than it does make seance.

But I just do not know, I kinda am convinced, but at the same time... are they really trolling with us? Kinda hard to believe, I would love to give counter arguments, but can't really think of any, because he is claiming that the world that was created by Shinji was almost identical but with some minor differences.

There's nothing official whether there is a sequel or not. Aside from Kaworu saying weird stuff about "next time" or "this time" (and a weird translation of Kaworu's voice actor mentioning something about "looping" in an interview), all of the other instances (including the large chalk outline) of possible "time looping" or "rebooting the universe" have been explained in-universe or through story-boards in a way unrelated to any sort of sequel, "time looping" or "rebooting". This is not to say such images aren't meant to make people think that, or at the very least, as a reference or a nod to the original series.

Kaworu has always been saying weird stuff, even in the original series, or, perhaps he's the time-travelling wizard in this version of Evangelion. It's up to your interpretation, and there's a lot of ways to interpret things, especially since we've been given such all encompassing world changing events like Instrumentality, of which we know next to nothing when it comes to the details or mechanics. 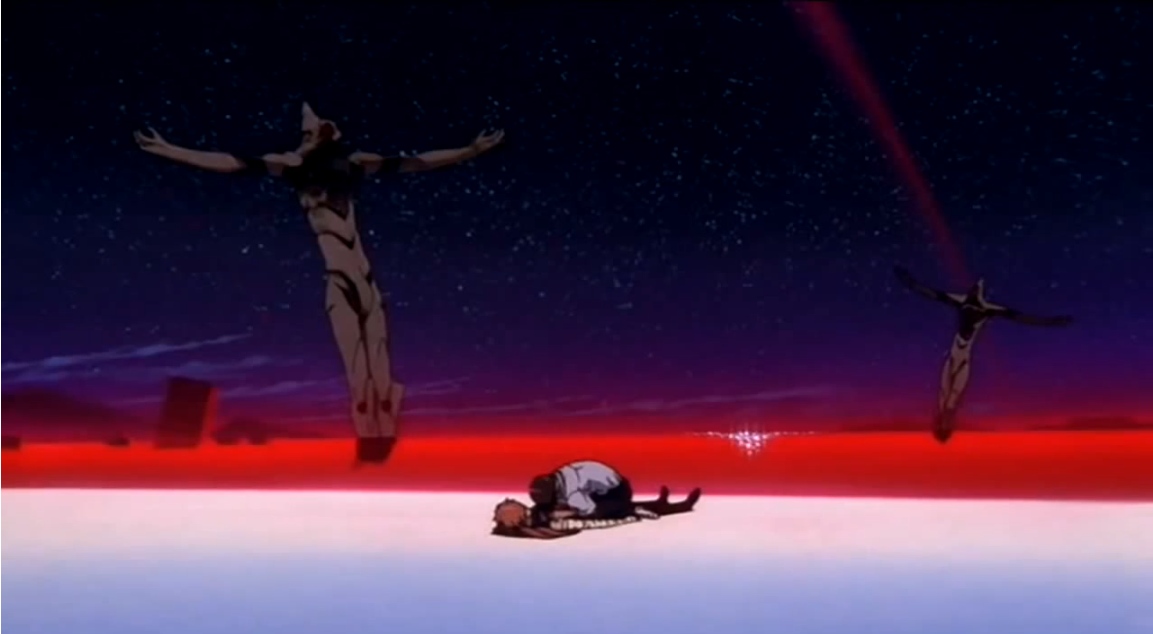 / Evangellion 1.x where we see a red sea and a giant's outline 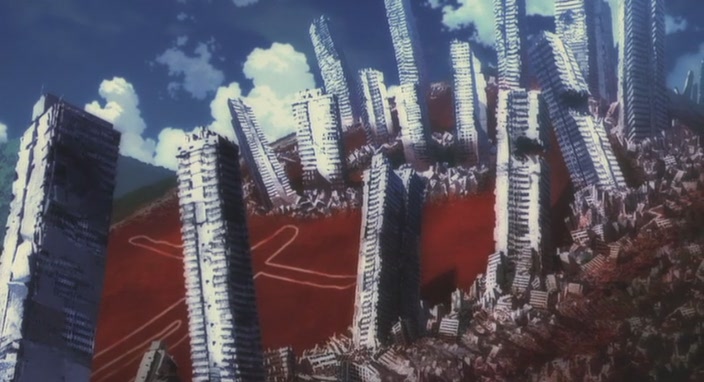 However, as Eric said there seems to be no canon statement to this, and I read this on the Madman Australia Forums (though I can't remember the exact post).

One of the reasons that make audiences believe it is a sequel and not a remake are the giant stains on the moon made by collapsing Lilith/Rei in End of Evangelion and present in the first Rebuild movie.

I think you can find main other arguments in the evageeks's counter-argument page about a "literal" sequel theory.

Personally I believe to be large space to interpretation being many things in NGE really ill-defined and not so clearly explained.

I’m very late to this but the answer to the question ultimately is it’s a remake... i read that it’s just a different version of what happens in the show.... think about it in this instance: The end of evangelion( show) ended with merging with Lilith and giving Shinji the opportunity to choose the way that the world will continue instead of his father because of that conclusion although he decided that he want everyone to die even decided that he wanted things to stay as they were and I just ended up with Asuka and him in the end

I've been hanging around the wiki.evageeks.org page, specially pages that talk about the new four 'Adams' seen on the Second Impact flashback, and I'm starting to let go of the idea that it is a sequel.

The chalk outline could be one of the Adams that died during Second Impact; as the Key of Nebuchadnezzar that Kaji gives Gendo in the 2.22 takes the place of the Adam Embryo from the Original Series, and Evangelion 13 (just '13', not 'Unit-13') is called an 'Adams' Survivor' by Mari in one scene in 3.33, implying that it was made from one of the four that appeared on during Second Impact. Same with Unit-01 (as opposed to being grown from Lilith) and Mark.06.

What I'm trying to get to, is that the red seas might have been caused by the Adams during the Rebuilds' Second Impact, and the chalk outline by one of the Adams. The red line on the moon is not explained yet.

It's clearly a sequel. The red sea, the stain on the moon, and what Kaworu said are not just coincidence.

After End of Evangelion, a second chance was given to Shinji by Lilith and he chose that everyone should keep their separate form, therefore the AT field was given back to every person to keep their souls and bodies apart. The story repeats so that they can prevent what already happened.

This isn't my opinion, it's literally what happened.

9
What specific event was the forking point between the two storylines?
12
What's with Rei's appearance at the very beginning?
25
What is this huge symbol on the door in the Truth realm and in the Neon Genesis Evangelion opening?
10
What is Kaworu implying at the end of RoE: 1.01?
6
Why does Asuka caress Shinji in EoE?
2
In which episode does Rei Ayanami have a life reflection dialogue?
5
End of Evangelion - Why does Misato dissolve into LCL and why did Asuka re-materialize?
5
Why did Rei abandon Gendo for Shinji?
4
Why did EVA Unit 01 accept then refuse the Dummy Plug?
0
After End of Evangelion, does Gendo's soul end up residing in EVA-01 with Yui?