Did Jiraiya meet Naruto by chance?

According to the Naruto Wiki page on Jiraiya, he

"left Konoha so he could follow Orochimaru's movements, as well as those of "Akatsuki", an organization which Orochimaru had eventually joined." 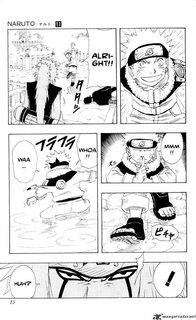 We then have a full confirmation that he knows who he is: 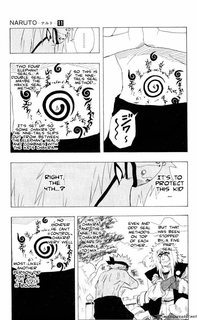 In this chapter he also notices that there is some weird overlaying of seals, which he deduces was Orochimaru's work.

Now, my question is:
Did Naruto and Jiraiya meet by chance, as Jiraiya was tracking down Orochimaru's movements? (in which case Jiraiya only knew who Naruto was after seeing the seal in his stomach)
Or did he know who Naruto was before having seen him trying to walk on water, and tracked him down? (possibly to protect him from Orochimaru, and in which case he would've been watching over Naruto since his parents died)

It probably depends on how far you are with the series:

Jiraya knew who Naruto was from the beginning, Minato talked with Jiraya and made him his godfather, he also told Jiraya they are going to name him Naruto. So he knew about Naruto and watched over him from birth and started training him later on.

Something that most of the answers have missed is Jiriya was the keeper of the key to the seal that was used to seal the nine tailed fox. So he has to know about Naruto being the Jinchuriki.

Next point is, the name "Naruto" is actually the name of the character that Jiraya created in his first book. In later episodes it is shown that Minato decided that he too would name his child as Naruto, and Jiraya comments that, that makes him the godfather to the child.

Now, had Jiraya known Naruto by name and face is just speculation, as no substantial information has been provided in this matter, but he is sure to have recognised who this "Naruto" is once Naruto mentions his name to him. Furthermore, once he sees the seal on Naruto's stomach (the key of which lock lies with him) there shouldn't be any more doubts for him.

Jiraiya knew Naruto's parents, well actually he knew the whole backstory. So, he would have definitely known that Naruto is the 'nine tails' from start. He didn't come forward because Naruto was not ready. As we see, the first time they meet, Jiraiya was acting like he didn't care about Naruto, but right after commits to train him.

Jiraiya should have already known who Naruto was because he knew Minato (4th hokage). Naruto and his dad Minato look so much alike, as Jiraiya said himself in one of the episodes, so he probably was acting as if he didn't know Naruto. Plus, Minato asked Jiraiya if he could name his son Naruto after the character in the book Jiraiya wrote ("tales of a gutsy ninja").

5
When did Naruto mention his name to Jiraiya?

5
When did Naruto mention his name to Jiraiya?
10
Why did Jiraiya have to die?
5
Did Jiraiya teach Minato the summoning technique?
10
Did Kakashi eventually surpass Itachi, Jiraiya, Tsunade, and Orochimaru?
28
How did Jiraiya find out Tsunade's breast size?
8
How did so many people get away with cheating during the written portion of the Chunin Exam?
2
Where did Jiraiya obtain important information?
6
At the end, did Naruto skip Chunnin and Jounin rank before becoming Hokage?
3
In what episode did Karin meet Orochimaru?
4
Why did Hiruzen not meet with Fugaku?