Why did Edward not wear a uniform?

As far as I know, Edward Elric is the only State Alchemist who doesn't wear a uniform. Why was he treated differently? Did he have a special rank or something?

This is Edward current 'Uniform' 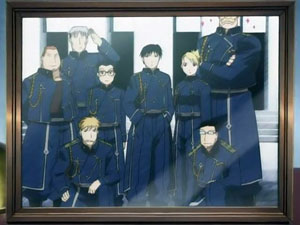 These are some state alchemist, all of them wearing a uniform.

It appears that in the Fullmetal Alchemist universe, those who are state alchemists are not necessarily in the military hierarchy per se, even if they have a rank equivalent to major.

An example of this would be Shou Tucker, who we never see wearing a uniform, but is a state alchemist. Given that Edward similarly seems to not be involved in the military as a soldier on a daily basis, it makes sense that he doesn't wear a uniform.

23
Why doesn't Greed harden fully?
3
How much time does the original Fullmetal Alchemist anime cover?
9
Why isn't Lust covering up her tattoo?
13
How much of the normal process of doing alchemy can be circumvented by seeing Truth?
9
Why does Ed not pursue the origin of the fake Philosopher's stone used by Cornello?
6
Why is Ed able to exchange his knowledge?
6
Why did King Bradley allow the Elric brothers, Hughes, and Armstrong to continue investigating the military?
5
Why does Roy Mustang's flame alchemy work?
3
What does it take to be an alchemist, besides knowledge and technique?