How can Colonel Mustang create his flame alchemy differently?

When Mustang performs his flame alchemy, he doesn't clap his hands to create it, did he? He's only snapping his fingers: 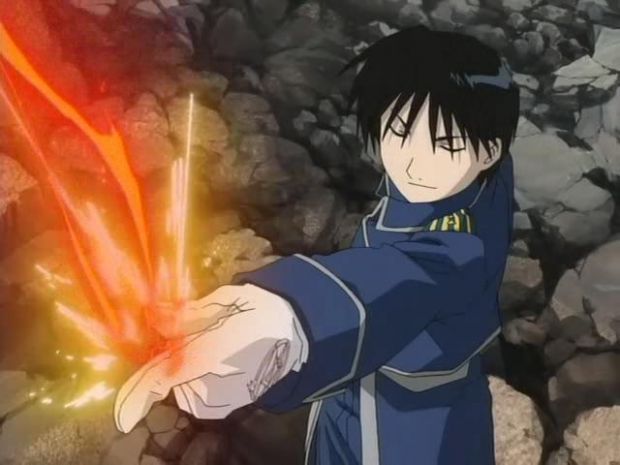 The others seem to always clap when performing alchemy: 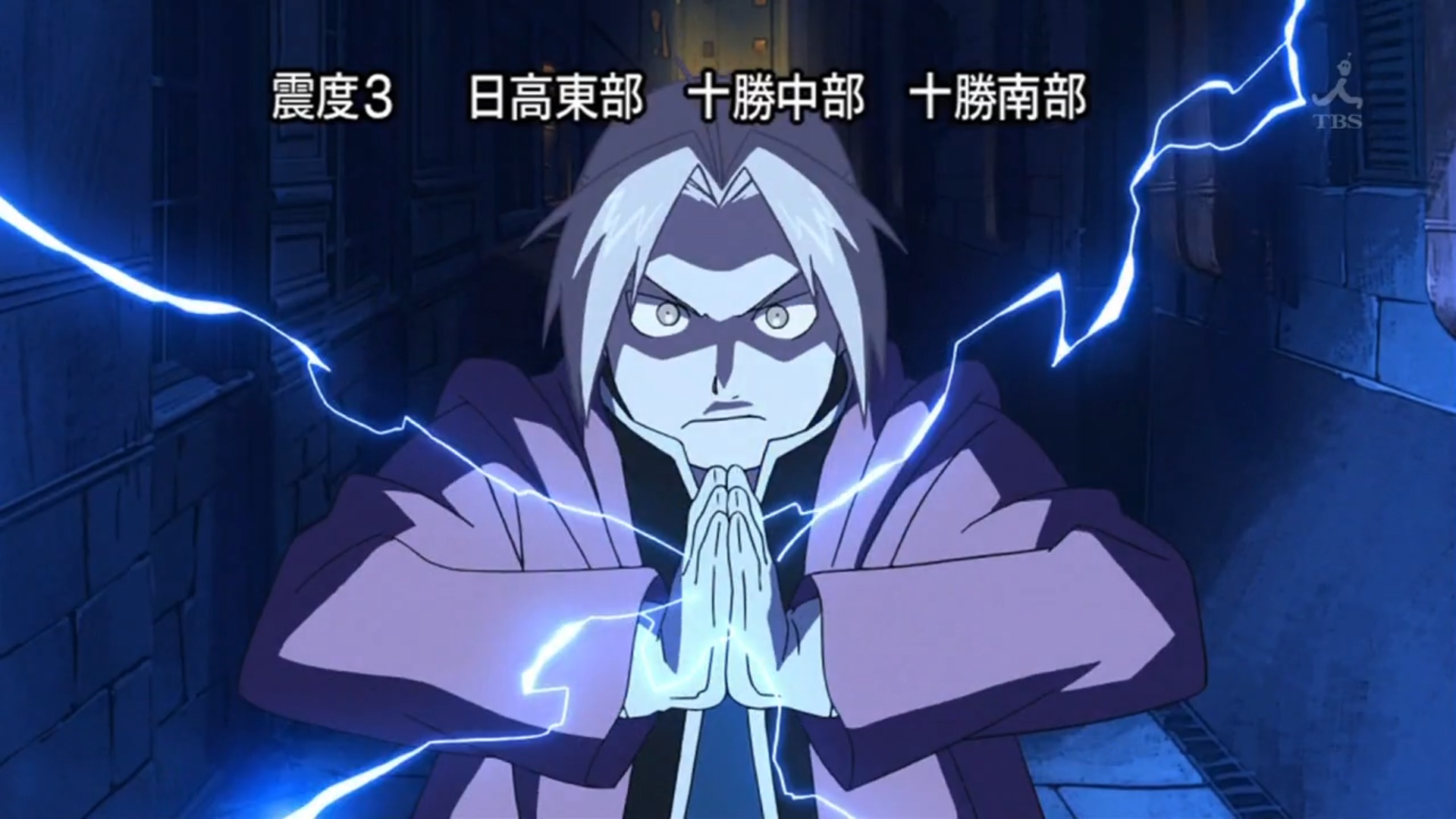 How does Mustang do this?

It's his Ignition Claws. As explained in the 2003 Anime Episode "Fullmetal VS Flame", they create a spark when he snaps his fingers and he uses alchemy to manipulate the other elements to make explosions or fire. The claws have the transmutation circle on them, so if it's removed he can't use it, which is demonstrated during the fight and also later in the 2003 series when he fought Pride.

While I refer to the 2003 anime, the fundamentals of Mustang's alchemy would be the same as how alchemy works is the same.

The clapping is only necessary if one does not use a transmutation circle. As stated by Scar, it is necessary to create a ring using the palms (in order to create the flow of energy properly). This is the case for Izumi Curtis and Edward Elric initially, being the only ones to recall their time within the Gate of Truth. Later (spoilers up to episode 60 or so),

Alphonse Elric recalls his memories, gaining this ability; Roy Mustang is also dragged through the Gate of Truth to gain this ability as well.

Those using Philosopher's Stones are exempt from this rule for unknown reasons; it is perhaps such that the stone can provide the necessary flow without a circle.

You will notice that other alchemists who have transmutation circles need not clap: Major Armstrong, Basque Grand, and Giolio Comanche if I remember correctly. Even Al, after drawing a circle, does not clap: 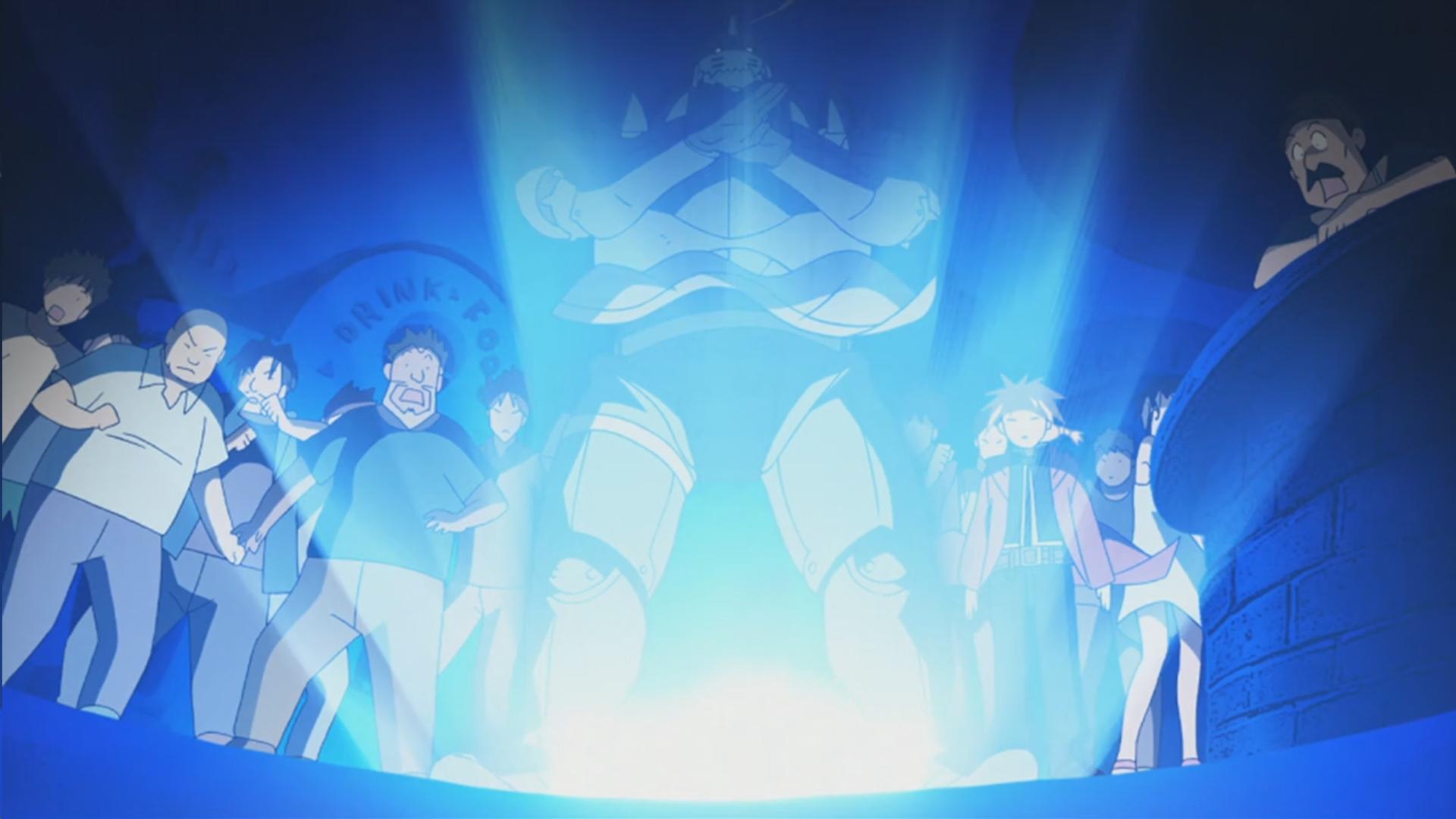 Roy Mustang's flame alchemy is done by the transmutation of air (compressing it very densely), then creating a spark with his gloves to ignite it.

Edward claps to perform transmutations because he has seen the Gate when he attempted human transmutation. As a result, this, as explained by Izumi Curtis (at least in the manga and the Brotherhood anime) means that his body becomes an array, and so he can perform alchemy without a circle.

Mustang, as explained in the manga and 2003 anime, uses gloves that will create a spark when he snaps his fingers. Since the transmutation circle required is on the gloves he wears, he can perform the transmutation without drawing out the array. There are also other alchemists in the series that don't clap to perform alchemy: e.g. Armstrong, Kimblee, or Basque Gran (at least in the manga), so Mustang isn't the only character who does this.

His glove also has the Transmutation circle on it

Roy's gloves are made of a special material called ignition cloth, when he snaps it makes a spark. Then using the transmutation circle on the back of the glove,he uses alchemy to change oxygen density within the air molecules, then rapidly expands and contracts then by combusting hydrogen and then using the spark to ignite it.

The Ignition Claw theory cannot be true, for during the fight with Lust in Brotherhood, Roy didn't have his gloves on. Rather, he snapped with his bare hands while sporting a Transformation Circle on his opisthenar.

We also note that he has difficulty using his ability during the rain, and it can be said the humidity within the air may affect his proficiency at the construction and destruction of H2O; considering that the combustion involves the CONSTRUCTION of H2O rather than the destruction of it, it would be considerably harder to get a response in wet environments.

EDIT: Ah. Okay. I haven't finished the series, and I haven't picked up on an explanation yet. I was Googling around for one but wasn't satisfied, so made one up.

11
How does the equivalent exchange of alchemy work?
30
What rank does Edward Elric hold?
6
How does Mustang fight in the end of Fullmetal Alchemist with injured hands?
13
How much of the normal process of doing alchemy can be circumvented by seeing Truth?
6
Why is Ed able to exchange his knowledge?
5
Why does Roy Mustang's flame alchemy work?
5
Why doesn't Edward transmute any large blocks or weapons other than spears and a blade?
3
What does it take to be an alchemist, besides knowledge and technique?
3
Why can't Ed perform alchemy without his arm?
3
How does Father prevent the use of alchemy in Fullmetal Alchemist?