Where does Team Rocket get all of their vehicles and machines?

Team Rocket usually uses some weird vehicle or machine. Where do they get them? Do they build them themselves or do they buy them somewhere? 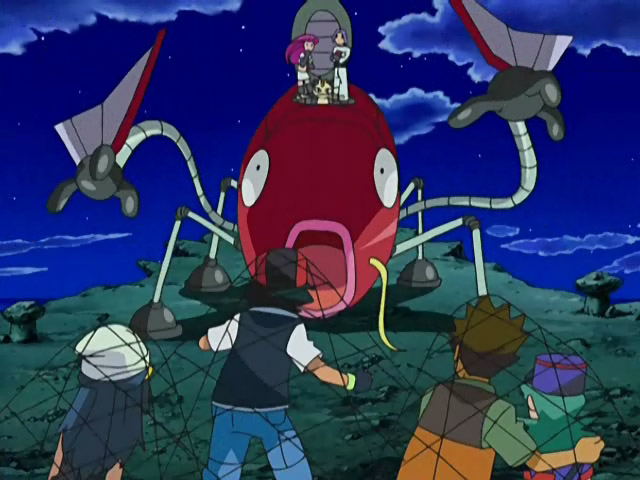 Even though Jessie and James are pretty stupid, they are still a part of the larger organization Team Rocket where they obtain their funds. I believe that in the 1st season with the original 150 Pokemon they are also shown once meeting the boss for more funds, who gets pretty mad but in the end still grants it to them. (I can't recall the exact episode; it is too long ago.)

How does the organization Team Rocket obtain money? Well, if it was not quite obvious yet, by Jessie and James trying to steal each and every Pokemon quoting "they will make a nice buck" once in a while.

While its main focus is stealing or capturing rare and strong Pokemon, and subsequently selling them, it also funds and conducts cruel experimental research on Pokemon. Their oath, as posted on the wall of one of their many bases, is "Steal Pokemon for profit. Exploit Pokemon for profit. All Pokemon exist for the glory of Team Rocket." Their ultimate goal is to take over the world using Pokemon.

I have been using Jessie and James as an example due to your picture. There are more reliable Team Rocket members within their ranks which do manage to obtain Pokemon also managing to cover the failure of a member's cost.

I think they build it themselves, because they explain how the robots work and they have a lot of mechanical equipment. I think Meowth builds most of the robots because 1, a lot of them look like him, 2, he drives most of them, and 3, he has the controls for the robots.

22
How is the passage of time handled in Pokemon?
9
Is “Payday” Money, real money?
39
Why does Team Rocket always try to catch Pikachu?
3
Why are Ash and his friends fooled by team rocket again and again?
8
If a Pokémon trainer loses a gym badge can they get it replaced?