How powerful is Homura's shield?

In the anime, Homura is only seen using her shield to reset or rewind time until the first time she met Madoka.

Can't she rewind time for a minute, or an hour? If she could do it, I think it would be easier for her to fight against Walpurgisnacht.

And how far is its area of effect? When she was chasing a car, she couldn't stop time, but only a few parts were stopped and she still had to run to catch up to it (if she could stop time, she wouldn't need to hurry). 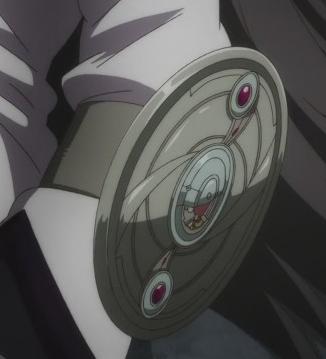 According to Gen Urobuchi from his interview in Otona Anime Vol. 20:

The weapon that looks like Homura's shield is actually a sand timer. When the flow of the sand is blocked, time is stopped. And when there is no sand on the upper part of the sand timer and then the timer is reverted, one month's worth of time is turned back. But before that stage is reached, only time stopping is possible. This means the special power of Homura is the ability to manipulate one month's time's worth of sand in the sand timer. As for the time passed and then turned back, since it was not the focus in this work I did not think it through very thoroughly. I think you can say that the world split up and became parallel worlds there.

Besides time, her shield serves the purpose as a probably infinitely spacious storage for all of her artillery. It should also be noted that her shield is quite fragile and clearly not a defensive tool. It can be broken as seen in Rebellion Story when Sayaka stabs the gear mechanism and renders it unusable. (Then again, this is debatable, as the universe Homura created in her witch world bended many laws of magic from the normal universe.)

To explain her constant time-stopping when she was chasing the truck in Ep. 6, one could speculate that she was trying to conserve her magic by periodically stopping and starting time. Perhaps the truck was moving too quickly for the small (fixed?) period of time Homura had to move after stopping time. Note that the average running speed of a human is 8 mph and the truck was probably moving at about 60 mph, just at the speed limit for trucks on highways in Japan.

I personally love this question, since I've thought about it myself! The gradually evolving personality of Homura throughout the story(who becomes more stoic and condescending at each timeline) complements the strangeness of the time manipulating "shield".

Homura can use her magical shield to: 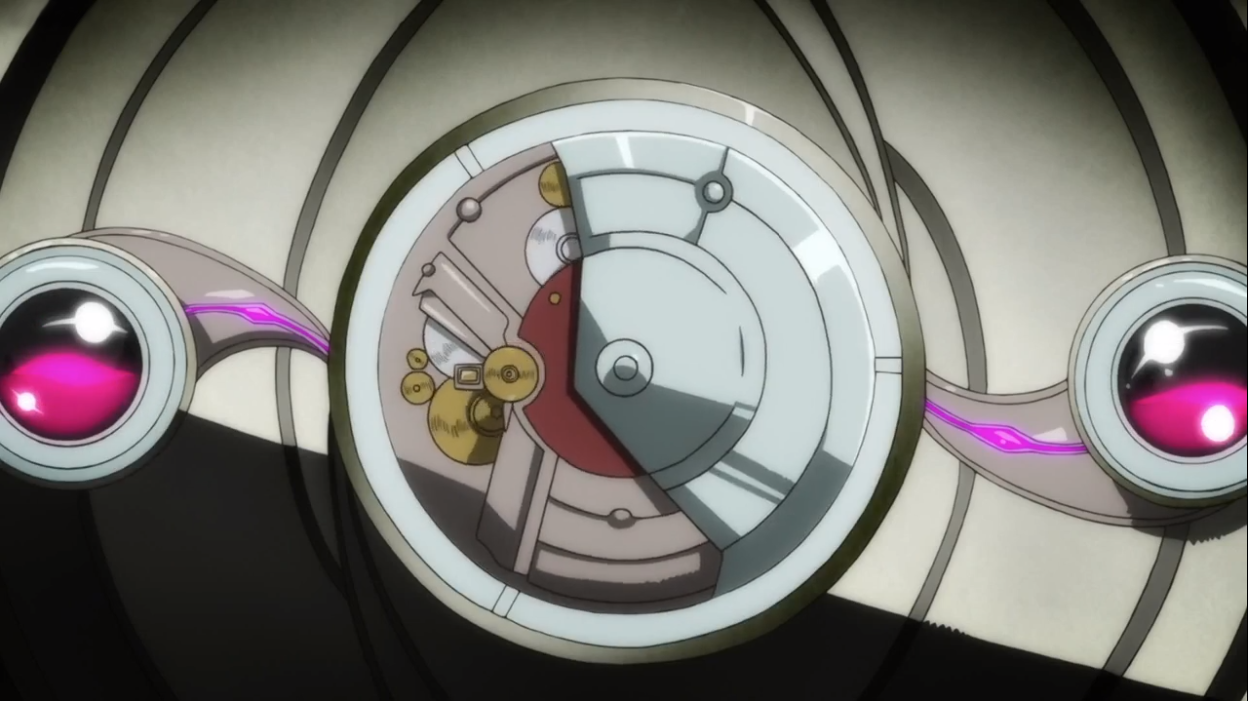 Homura's shield is undoubtedly the most mysterious "weapon" of all magical girls. The shield allows Homura to travel through time repeatedly to relive her first meeting with Madoka. The nature of temporal manipulation or it's range have not been clearly explained in the anime/Rebellion movie. However, it seems that it can be used only after a month of time has passed(as described in @homura 's answer, derived from Urobuchi's interview). 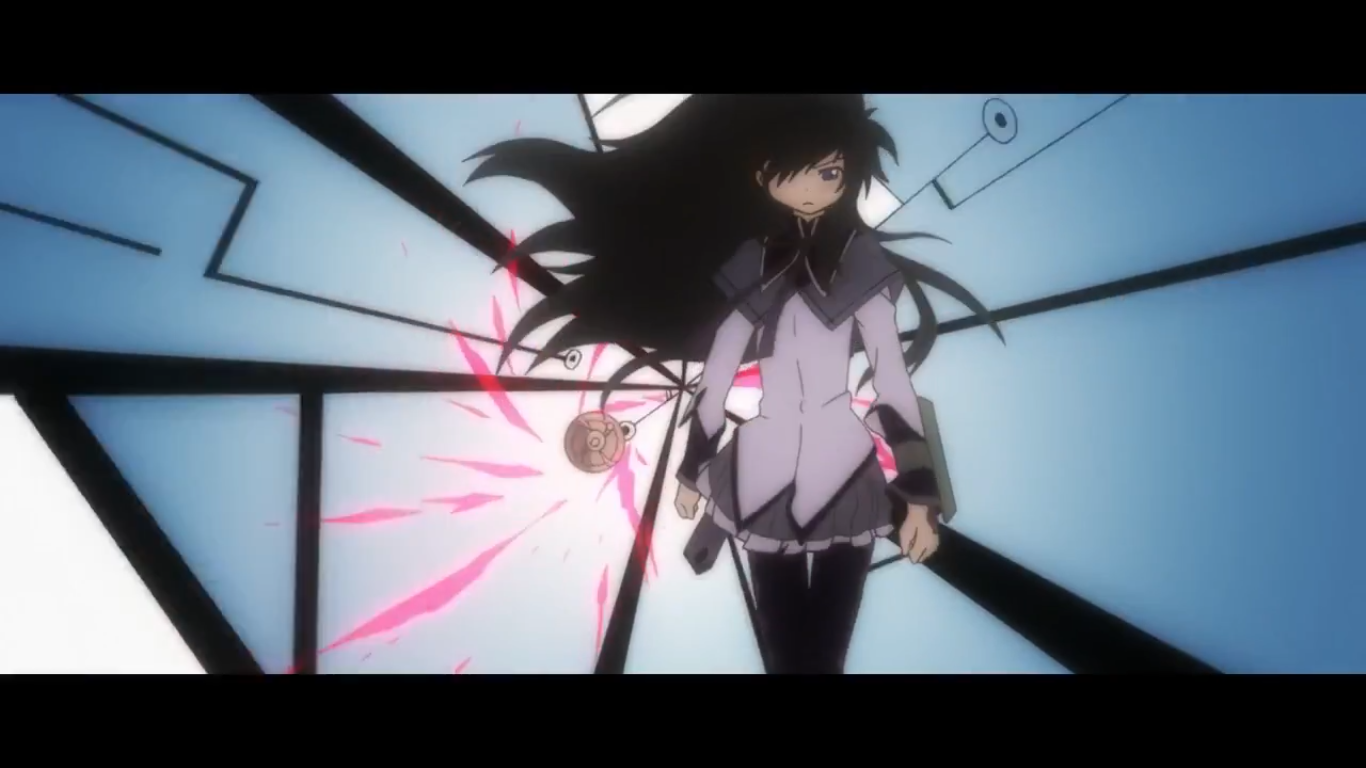 Homura's uses her "shield" in multiple situations to stop time. This certainly implies that the whole universe is at a stand-still(without which a lot of anomalies would surface at possible boundaries of time manipulation).

"It's powerful" would be an understatement for such a device. Notice the airplane in the background! 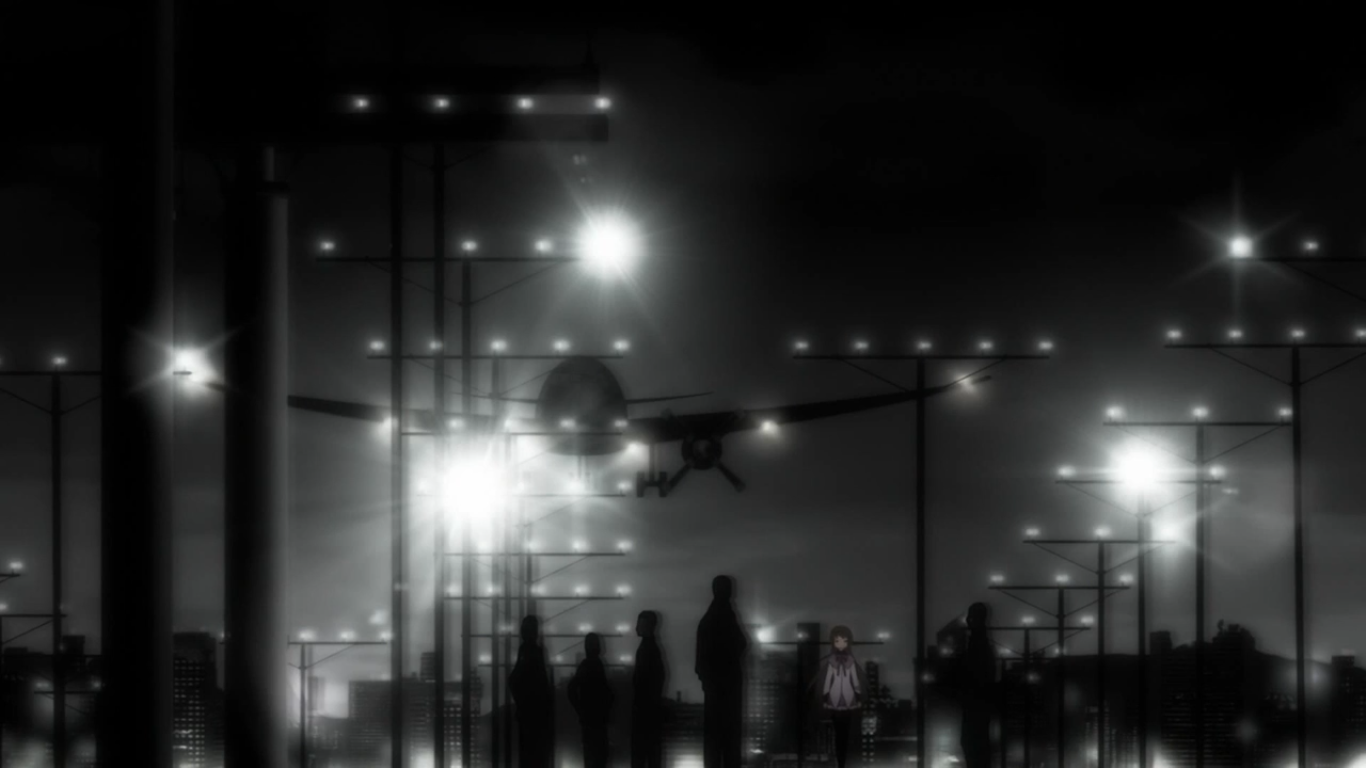 A detailed observation of the instances of Homura's usage of the shield would prove that it can do much more than just time manipulation(either reversing or stopping). Homura uses it as an (infinitely large?) storage space and brings out armaments when necessary. 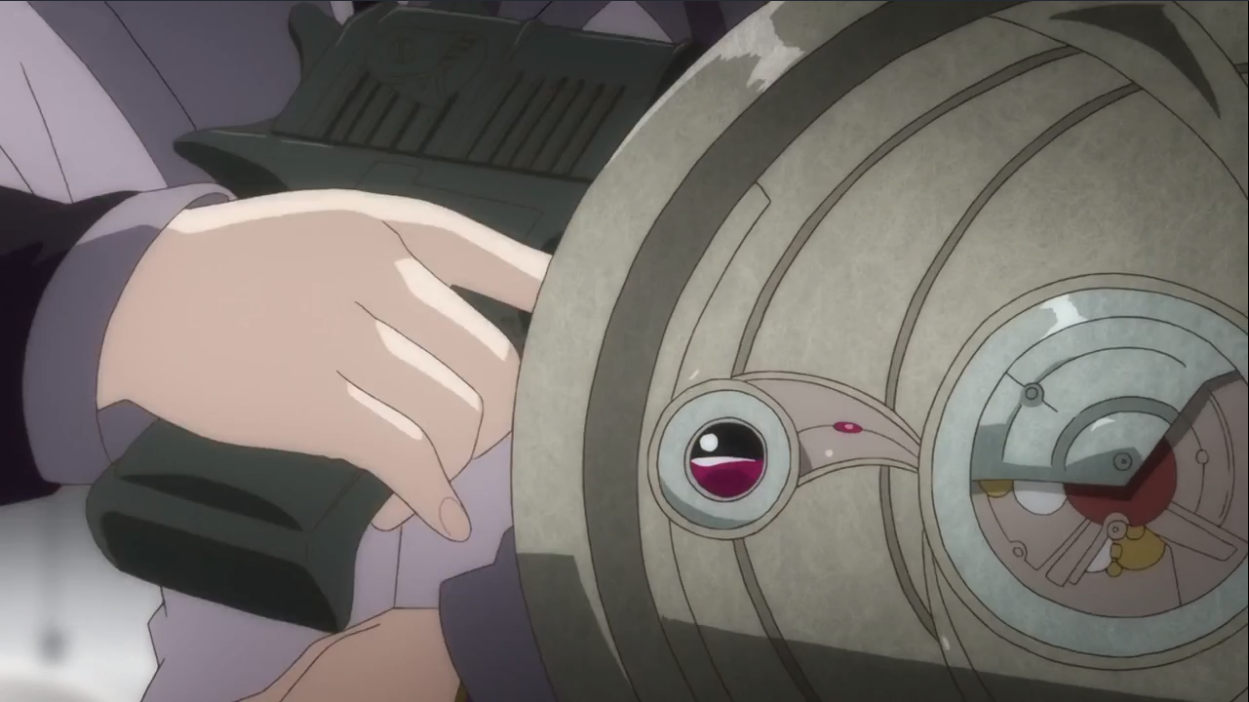 Further, during her fight against the Walpurgisnacht, Homura controls and uses a large truck in combat, which was enveloped in a purple gleam. As time and space are connected, I think that this scene suggests space-time manipulation.

Another similar space manipulation scene occurs when Homura blocks off Walpurgisnacht's flames with her shield. She protects herself by deflecting the flames in a defensive move. 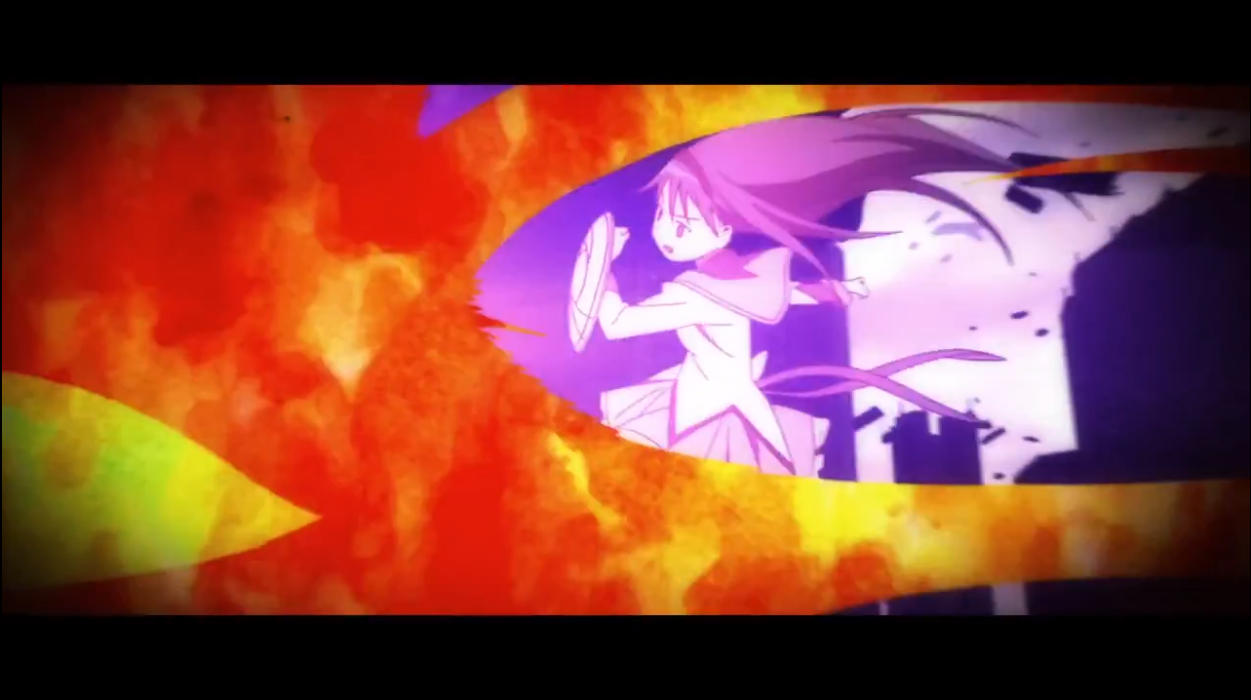 Also, in episode 1 of Madoka Magica(at 19 minutes 8 seconds), Homura clears off the fire extinguisher fumes by a blast of air using her shield...(maybe she set off an explosive charge to disperse the fumes, but this seems unlikely since she stays in the same spot throughout the scene)

I really love the Madoka Magica series. I hope I've covered all the unique instances of Homura using her shield!

The weapon that looks like Homura's shield is actually a sand timer. When the flow of the sand is blocked, time is stopped. And when there is no sand on the upper part of the sand timer and then the timer is reverted, one month's worth of time is turned back. But before that stage is reached, only time stopping is possible. This means the special power of Homura is the ability to manipulate one month's time's worth of sand in the sand timer. I think you can say that the world split up and became parallel worlds there." In episode 11, we see Homura's sand run out in the middle of her fight with Walpurgisnacht, verifying this limitation of her time stop powers.