Where is "See you Space Cowboy" from? [closed]

Ask Question
Asked 8 years, 7 months ago
Modified 5 years, 5 months ago
Viewed 9k times
6
votes
This question was closed because it is a type of identification request that is disallowed by the community. It is not currently accepting answers.

I feel stupid not knowing, but I can't quite put my finger on where "See you space cowboy" is from. I know it's from an anime (that I think was made in the 90s?), but what anime specifically is it from?

The background character is Spike Spiegel: 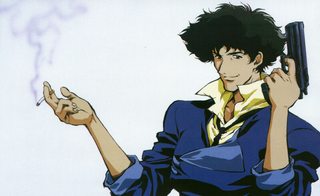 The phrase is taken from one of the ending credits: 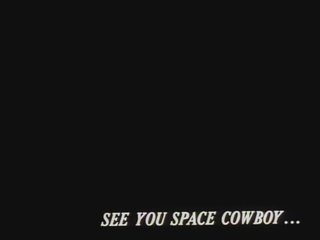 However, the song on that website doesn't match the song entitled "See you Space Cowboy" on the Original Soundtrack, but is in fact "Space Lion".

I think it resembles a lot of Cowboy Bebop.

Cowboy Bebop! at the end of every episode it says "See you space Cowboy" then goes to the ending.