Who is the character on Suguru's shirt?

In Maji de Watashi ni Koi Shinasai!, Suguru is an otaku with an anime character on his shirt underneath his uniform: 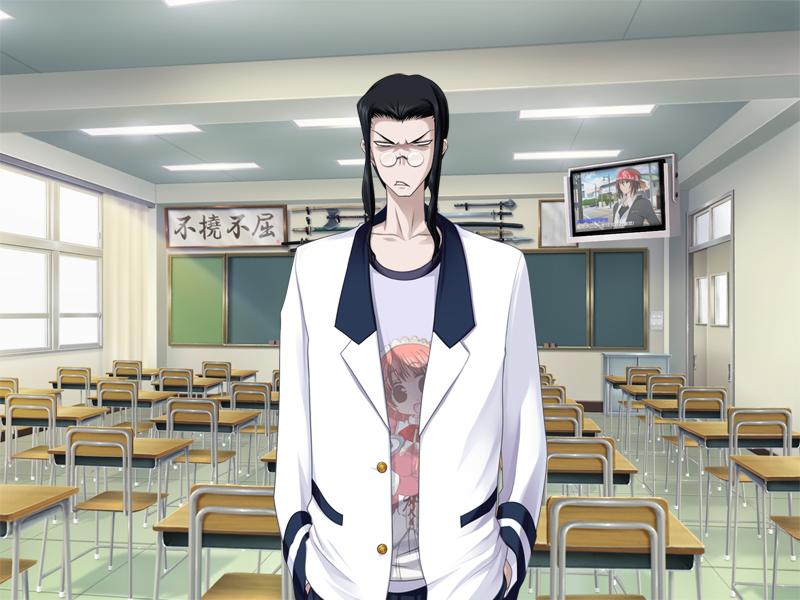 I feel like this character is familiar, but all attempts to identify her have failed, so I'm now leaning towards the belief that she's just a made-up character drawn in a typical moe style.

Is this a real character from some other source, or is it just a generic-looking moe character? Note that in the anime version, the character on his shirt looks slightly different, so in case they are actually different, this question is asking about the visual novel appearance above.

It's possible that it may be Yume Kuonji, the pink haired girl from Kimi ga Aruji de Shitsuji ga Ore de, the other visual novel from MinatoSoft, the maker of Majikoi. There's a lot of various character designs and the character on the T-Shirt could just be a stylized version of Yume. It's hard to tell from the screenshot above, but you can see in the other screen shot the ahoge, single strand of pink hair that's part of Yume's design.

This answer is a placeholder unless and until someone finds new information.

After looking through several sites, both in English and Japanese, I could not find any information on this. It is very likely that Minato Soft hasn't officially said anything regarding who the character is based on the sites I checked. We'd need either a statement from them directly or for the character to be easily identifiable, and neither seems to be the case here. Hence, the question very likely isn't answerable based on public information.

If the character is based on a character from another series, either the picture on Suguru's shirt is stylized enough that they are not easily recognizable, or it's a character who is not well known. For instance, if it is Yume from Kimi ga Aruji de Shitsuji ga Ore de, as Jon Lin's answer suggests, then the hair styles don't perfectly match, as Yume has flat bangs rather than spiky ones and locks over each shoulder, which the character on Suguru's shirt doesn't seem to have. That isn't enough reason to reject the idea that it is based on her, but we'd need further evidence, which doesn't seem to exist.

My best guess is Komoe Tsukuyomi from Toaru Majutsu no Index (an extremely popular anime in Japan) with a maid outfit. Although Komoe never wore a maid outfit, it could be a friendly gesture from one studio to the other. Zooming extremely closely on the picture you provided you see some residue purple/pink which resembles Komoe's eye color. 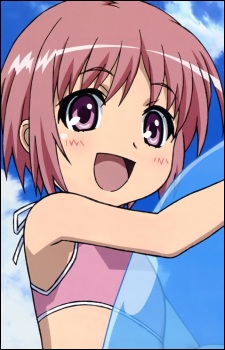 Not the answer you're looking for? Browse other questions tagged majikoi or ask your own question.