What martial art can Misaki use?

My question: what martial art can Misaki Ayuzawa use? I couldn't find the answer anywhere. Thank you for your answer.

In chapter 3, it is mentioned that Misaki was learning Aikido. 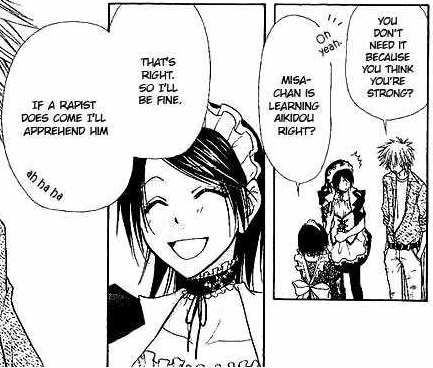 There are various scenes in the first few chapters that shows Misaki using Aikido moves. For example:

Not the answer you're looking for? Browse other questions tagged maid-sama or ask your own question.

4
What is Takumi's position in the Walker Family?
2
What is the plot in “Yukiochimura ni Oujosama!”?