Are these people in fantasy costumes from an anime, and if so, what anime? 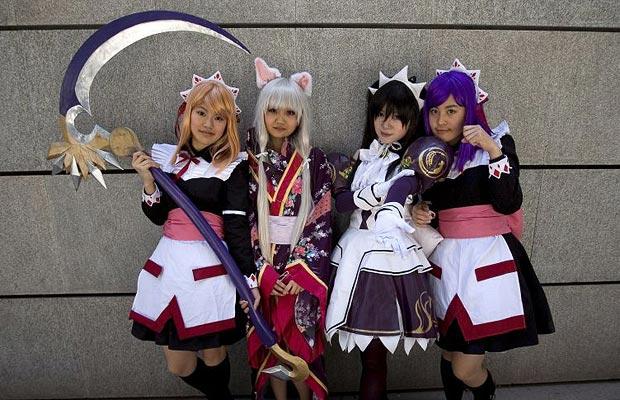 Who are the people in this picture cosplaying as? Which anime do they belong to?

Well after looking through various useless websites which did not bother to add tags, describe who the ladies were cosplaying in the picture or say anything new about it besides saying numerous times "2010 ChinaJoy Business Cooperation Launched" and "Chinajoy Cosplay Carnival 2009 in Beijing" whilst using imageraider, which proved far more useful than Google Image Search but useless at the same time I found out from a particular site that is linked here which has a discription under the same image saying this:

A young disguised as cartoon characters pose for photographers during the celebration of Carnival "Chinajoy Cosplay 2009" in Beijing, China. The "cosplay" phenomenon, whose name consists of the English words "costume" ("costume") and "play" ("game"), has its origin in the comics "manga" Japanese and became popular in the 90s. In this particular "costume play", participants not only dress up as their favorite characters (real or imagined), but try to act like them. This hobby is growing significantly in China, as evidenced by the "China Cosplay", which this year celebrates its sixth edition.

From sourcing through lots of websites that I found using this reverse image tool + Google Image Search (again) I don't think this is from an actual anime, but rather made up. If it was from an actual anime I think it would have been tagged/added or mentioned in the description of the image at least on one site. Also I think at least even Google would have found a match too.

Also judging from the description, it seems that you can cos-play as anything. It is also good to note that this is a chinese thing and I am not sure whether anime cosplaying or Japanese anime cosplaying is common in China although I have heard that cosplaying did originate possibly from them.

Another thing is if you just google search "china joy carnival" and watch some YouTube videos it seems they cos-play in almost anything leading to the likelyhood that this cosplay could actually just be imaginative rather than from an actual cosplay of an Japanese anime series.

Finally it says "in this particular costume play". I am pretty sure the translation is correct since the website was in another language (Spanish) and then I translated it with Google Chrome and then double checked with Bing Translator which I think it is pretty accurate as well.

Here is the untranslated text just if you want to check yourself on another translation website. The only translation thats a bit different is google translates the first couple words as they are a bit differently to Bing though.

I am fairly, 100% certain that this is not a cosplay of an anime based on my scouring of useless websites. xD

The girl on the left looks similar to a character from Queen's Blade: 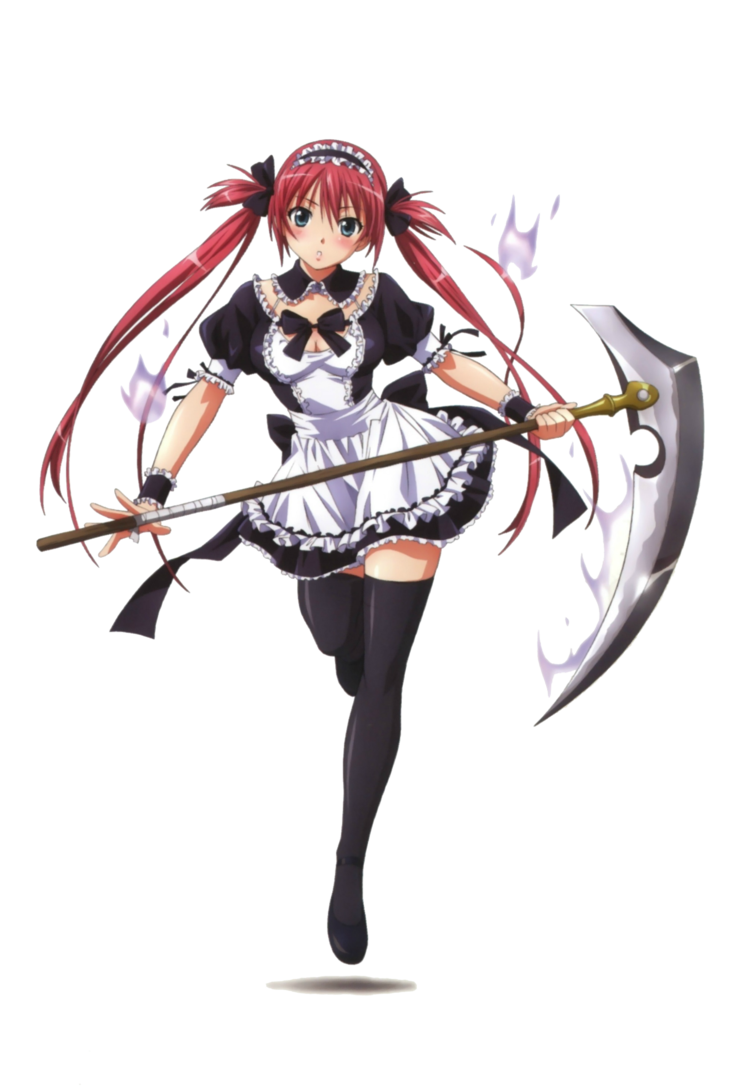 But then again, the trope of maid outfits and oversized scythes isn't exactly uncommon in manga/anime.

2
What character/series did this person on Heroes of Cosplay cosplay as?
3
What anime is this brown uniform with a yellow-white ribbon from?
3
Who is this character being cosplayed in Japan Expo 2014?
0
What characters are these scantily-clad guys cosplaying as?
2
What are the dimensions of the State Alchemist pocket watch?
7
What kind of glove is being shown in the following pictures, and why is it nearly always a knife user who wear this style of gloves?
5
What character is this man with a gigantic, red-white-black, mace-like weapon cosplaying as in Hyper Japan?