My son is looking for an anime. He says its main character is a little red-haired girl who pilots a racing pod. The pod has two large guns on each side. She uses this pod in a race of some kind. The organizer of the race fools the girl into thinking there is a prize but there isn't one. He also thinks the girls has something that looks like 2 band-aides on each side of her mouth.

I know this seems vague, but any help is much appreciated.

I would wager that he's looking for Ōban Star-Racers. It's a series, but was based on a short movie called Molly Star Racer.

The basic story starts as:

In the year 2082, Earth has been invited to compete in the Great Race of Ōban, an intergalactic race whose winner can be granted any wish in the world — even bringing back a loved one.

Additionally, the marks on the main character's face (a female) resemble band-aids (though one's a star): 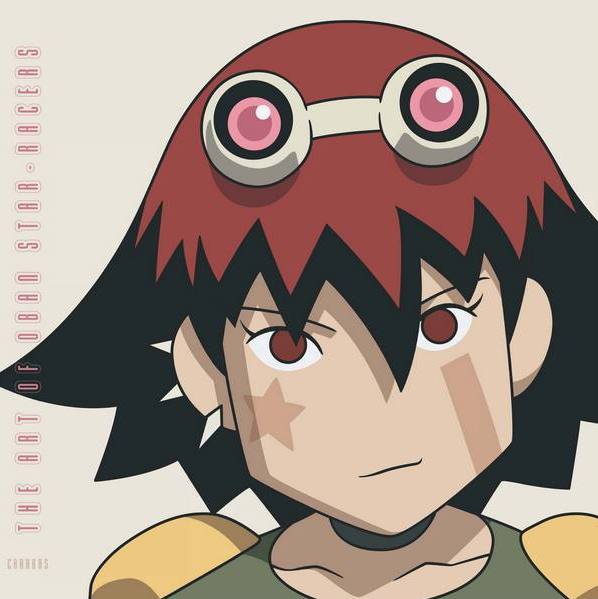 Not the answer you're looking for? Browse other questions tagged oban-star-racers or ask your own question.