Ivankof and the others also didn't wear a uniform, but they're part of some kind of underworld society, so they're basically running away; but Jinbe and Ace are prisoners, so why they didn't wear uniforms? 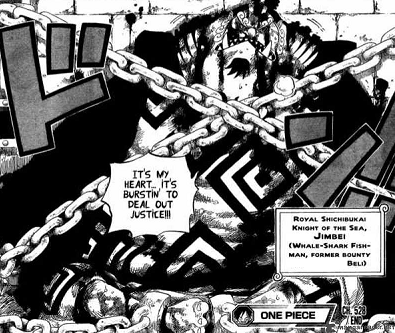 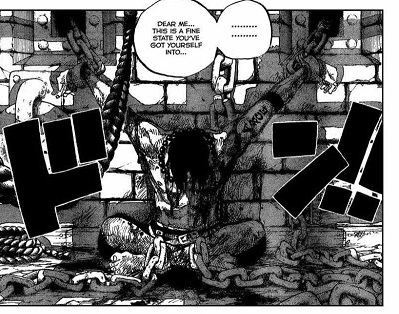 Jimbei was officially a Shichibukai until he verbally told to Sengoku at Marineford that he is resigning. He was imprisoned just because he didn't follow World Government orders. So there is no reason why he should be wearing prison uniform as he was not a convict.

As for Ace, I think kaine must be right. It must be like when Gol. D Rodger was not in uniform when executed. A likely minor courtesy afforded those waiting execution could be the right to wear their own clothes for their final hours.

The reason for this is may be they were new in the prison and were supposed to be there for a short amount of time.

Ace : he was going to be executed. So there was no reason to give him a proper uniform. Jimbei : he was opposing the war but his decision was not final until he said so to sengoku at marin ford. I mean to say is there was a chance that he would support the government.

This is just my speculation don't know if it makes sense

10
Why weren't CP9 at the battle in Marineford Arc?
2
How does the work relation between Shichibukai and the World Government?
1
Why does Bartholomew Kuma support the world government?
9
Why didn't Shirohige rescue Ace when he was still in Impel Down
5
Can only men pass on the will of D.?
1
Are Logia types overpowered?
2
Why does a Devil Fruit's power nullify only if the user is knocked unconscious and not when he sleeps?
5
Why is the written language inconsistent throughout One Piece?
1
Why the appearance of One Piece characters have goatee after time skip?
0
Why do Sanji and Smoker still need nicotine when not in their own bodies?