How does GunBuster become Dix-Neuf?

At the risk of going into anime physics, how does GunBuster become Dix-Neuf?

My understanding of the series is that GunBuster, the first Buster Machine ever created, was used in the final battle of GunBuster to drop off its Degeneracy Generator. It then limped back to Earth and appeared 15,000 years later

Then in DieBuster timeline you eventually figure out that Dix-Neuf, a Buster Machine with a number in the teens, has been slowly upgraded and rebuilt over a long period of time and is missing its own Degeneracy Generator. Because of that I assumed that Dix-Neuf and GunBuster are the same.

However, how did GunBuster become Dix-Neuf if GunBuster is still floating in space? What's the connection between the two machines?

I think the short answer is that this is a red herring. Dix-Neuf isn't the original Gunbuster, and the reveal is after the time-skip when the original finally gets back to Earth.

An un-sourced explanation from an /a/ thread says this:

All the old Buster Machines including Dix-Neuf were built with degeneracy generator, but the former humanity removed it to bury the technology as they branded it to be too powerful. Future generation replaced them with Topless cockpits (Topless being the power-source instead of the generator) and new production of Buster Machines aren't made for the said generators, so only the old generation ones can use them.

Here is a breakdown of the Buster Machines in Gunbuster:

Take note that the original machine had a full-height hatch in the side of its hand. Nono appears to be roughly as tall as Dix-Neuf's hand is wide. If Dix-Neuf and the original Gunbuster are built on similar proportions, the original would be at least two to three times the size of Dix-Neuf, not to mention considerably more powerful since it could dispatch a large number of space monsters similar to the "variable gravity well."

By grabbing a Degenerating Reactor from a Buster Corp unit, Dix-Neuf becomes Buster Machine No. 19, so it never was the original Gunbuster.

Krazer's answer was almost right in general but Sizzler series never had numbers because they were mass-produced types. According to comics version, Buster Machine No.4+5 is called Great Gunbuster. 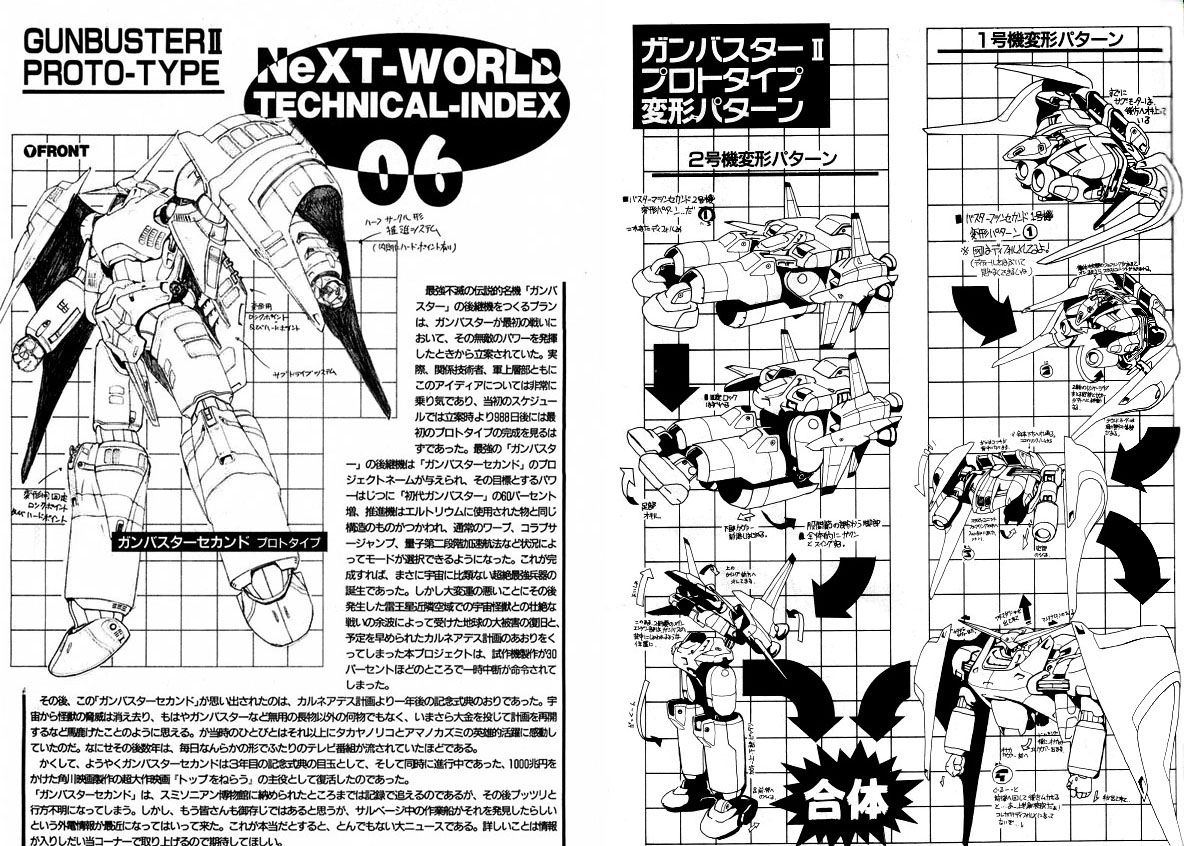 The image above is prototype of gunbusterII. and...Here's Great Gunbuster. 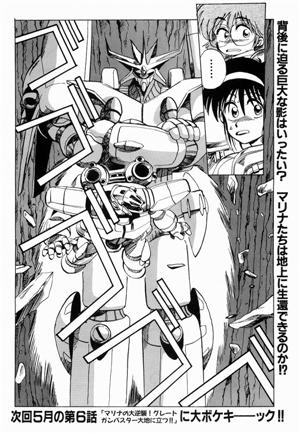 Rumour has it that Buster machine No.6 is buster corps but since it's not official so I can't guarantee it. And finally, we know what is No.7. Plus, I heard another rumour that sizzler black has been rebuilt after escape from jupiter bomb and...became Dix-Neuf. Supporting references? Sizzler black lost its left arm in the Bomb and there's a comment that Dix-Neuf's left arm was artificial from old times. However, it is also non-official opinion, not believable.

Not the answer you're looking for? Browse other questions tagged gunbuster diebuster or ask your own question.

7
What is the relationship between the Gunbuster and Diebuster series?
3
What does this grinning gesture signify?