When did Naruto mention his name to Jiraiya?

I know this is too sudden and I also know that it's quite useless to ask since it's now way too far from the storyline of the manga and anime. But it's just that I'm too curious. I'm rewatching the anime again, and I don't seem to see the part where Naruto mentions his name to Jiraiya.

Naruto did not need to mention his name to Jiraya.

During the training of walking over water, naruto had removed his clothes, and at that time the seal appeared on his belly. 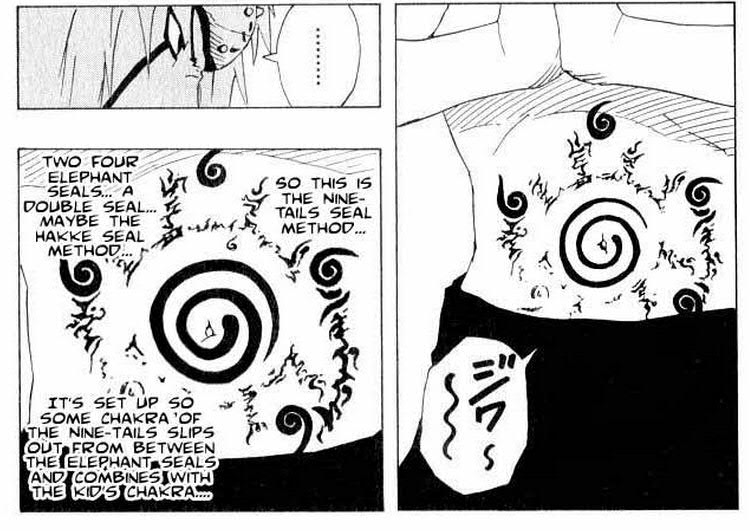 Now, Jiraya was the keeper to the key to the seal. The 4th Hokage sealed the nine tails inside his son, Minato also named his son Naruto based on the novel that Jiraya had written. So using these threads, Jiraya would not need Naruto to mention his name, its just comes.

15
Did Jiraiya meet Naruto by chance?

15
Did Jiraiya meet Naruto by chance?
7
What would've happened if Obito didn't accept Kabuto's help?
3
How was Kakashi Hatake able to survive and become the next Hokage after losing his Sharingan?
1
Where can I find an English dub of Naruto Shippuden episodes 78-140?
2
How many times was the nine tailed fox used to attack the leaf village?
6
At the end, did Naruto skip Chunnin and Jounin rank before becoming Hokage?
4
Is the gun mention a subtitling error?
1
How did naruto get the lowest score in the genin entrance exams?
1
Who does Sasuke think Tobi is?
4
What is the hand gesture Itachi does when calling Sasuke to him?