I have been seeing One Piece for a long time. I came to notice that during any funny scene, Nico Robin is never seen to make any kind of funny or weird face while all the other Straw Hat crew members do.

Did Oda at some time mention this specifically?

Nico Robin had a lonely childhood. Her mother was out on her expedition to uncover the secrets of the Void Century. Her only friends during her childhood days were the scholars of Ohara, and Saul for sometime.

During her time with Saul she was shown to smile and laugh in a funny manner. 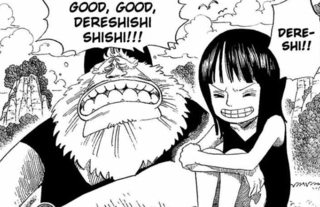 But soon, at the age of 8, after the extermination of Ohara along with her friends and mother, she was on the run with a bounty of 79 million beri. 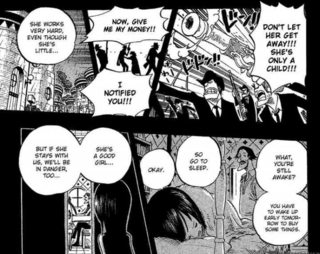 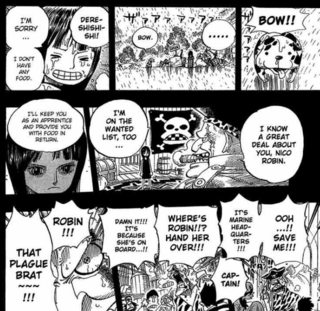 She was always targeted by anyone who found out about her true identity. This is a very harsh childhood for a kid. Enough to make a kid a "serious" type and steal their humor.

Also, during the Enis Lobby arc, she mentions her fear: 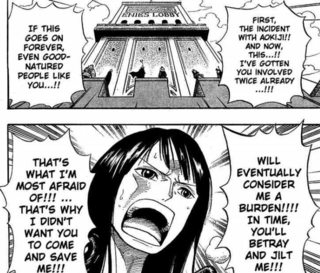 It is evident from this that she was always over thinking things, and putting a lot of burden on herself. She kept her sadness and worries to herself, and in such a situation it is very rare for a person to make funny expressions, rather they have a cold look.

Robin never over-reacts to things. She is a very mature character, taking things calmly and in a genuine manner. Her humour is mostly dry, which does not lend itself to silly faces either.

I do not believe that Oda would mention this directly, as he would probably think it evident from her character.

I didn't read anything official. But I think it's just part of its cold personality, as you should know, she is always thinking the worst possibility when some danger is coming (scaring Usopp and Chopper in the process, maybe intentionally xD).

lordscales91lordscales91
1733 bronze badges
Add a comment  |
2
Want to improve this post? Provide detailed answers to this question, including citations and an explanation of why your answer is correct. Answers without enough detail may be edited or deleted.

Now she does. In chapter 924, she finally puts on a face. 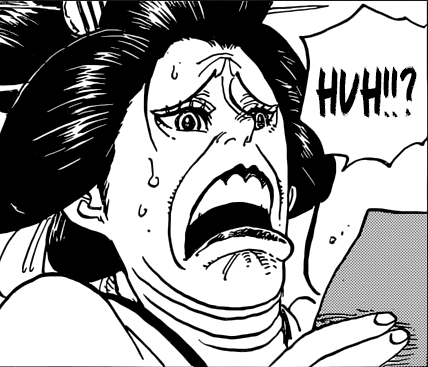 Though considered motherly figure & often laughing of watching others' stupidity, she did do some weird stuff, including:

Although they are few, they actually do exist. Therefore, it makes them even more special, because, they are so rare.

Here are 2 other instances where Robin makes weird faces. It's very rare, but it makes me happy to know that she is no longer invulnerable to them. 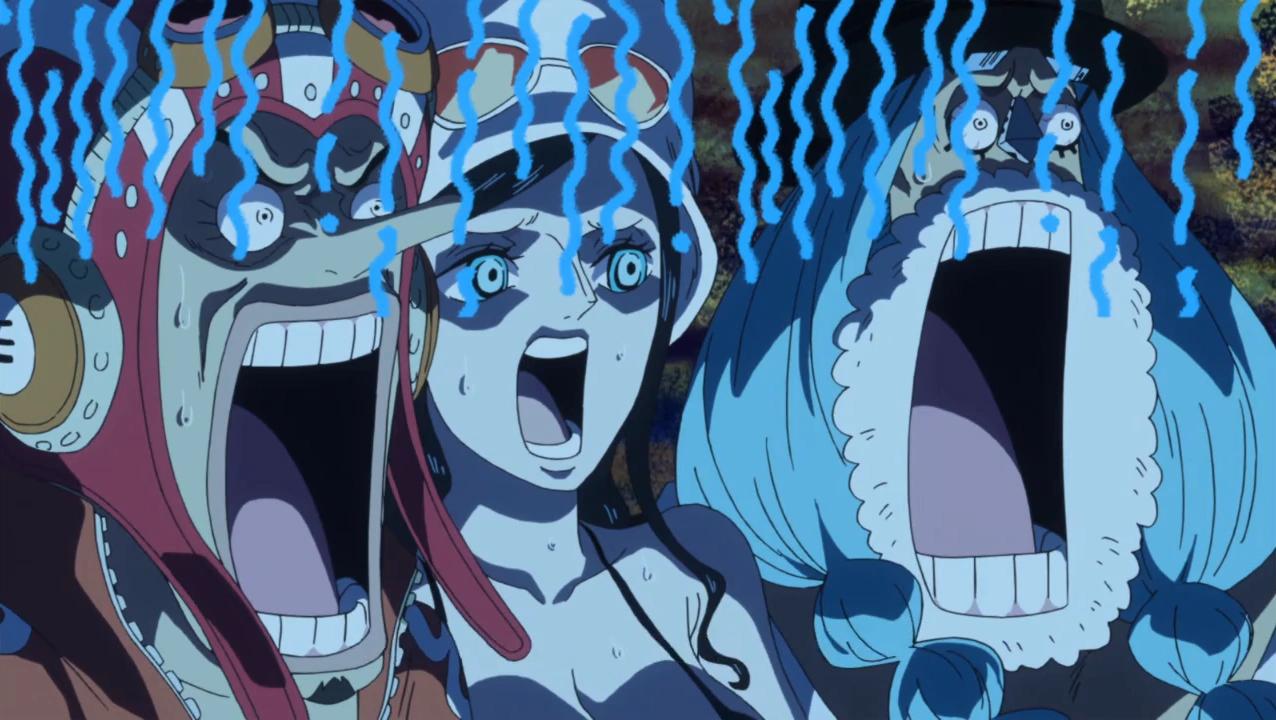 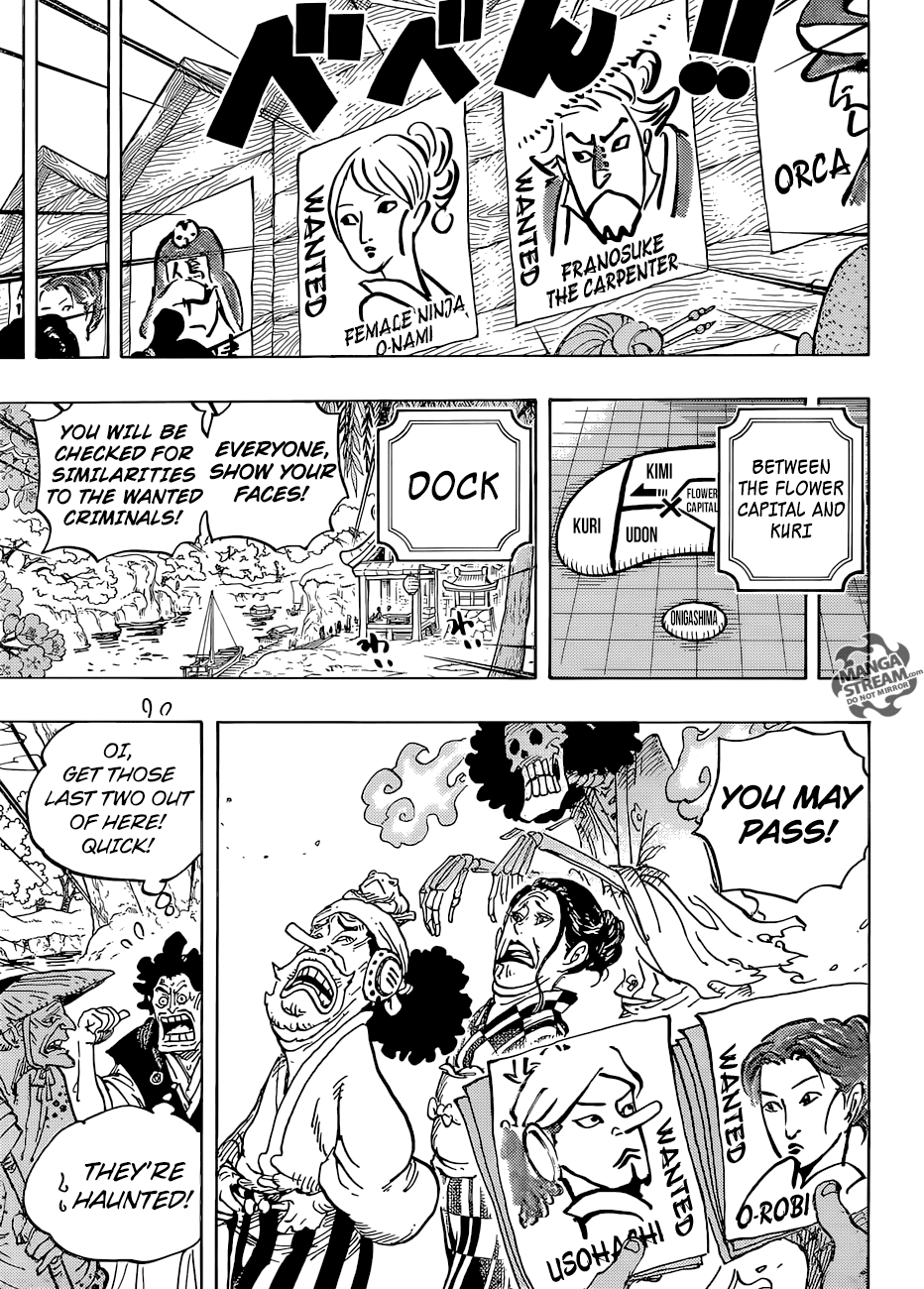 3
Are Logia types overpowered?
18
In the male quarters, how exactly does the male crew of the Thousand Sunny sleep?
5
Did Luffy know who Sogeking is?
10
What are the similarities between Gol D. Roger and Monkey D. Luffy? Are they related by blood? What are their relatives' ages?
3
Why does the Den Den Mushi look so much like their owner?
9
Why was Luffy never offered a Shichibukai position?
4
Why has shanks never claimed any island?
2
Why do the Straw Hats never have money?
2
Up to what Episode/Chapter of One Piece should i see before playing each of Bandai Namco's PC Games?