What kind of Sage mode does Kabuto have?

Is it a Dragon sage or Snake? I thought it was Snake until I read this: 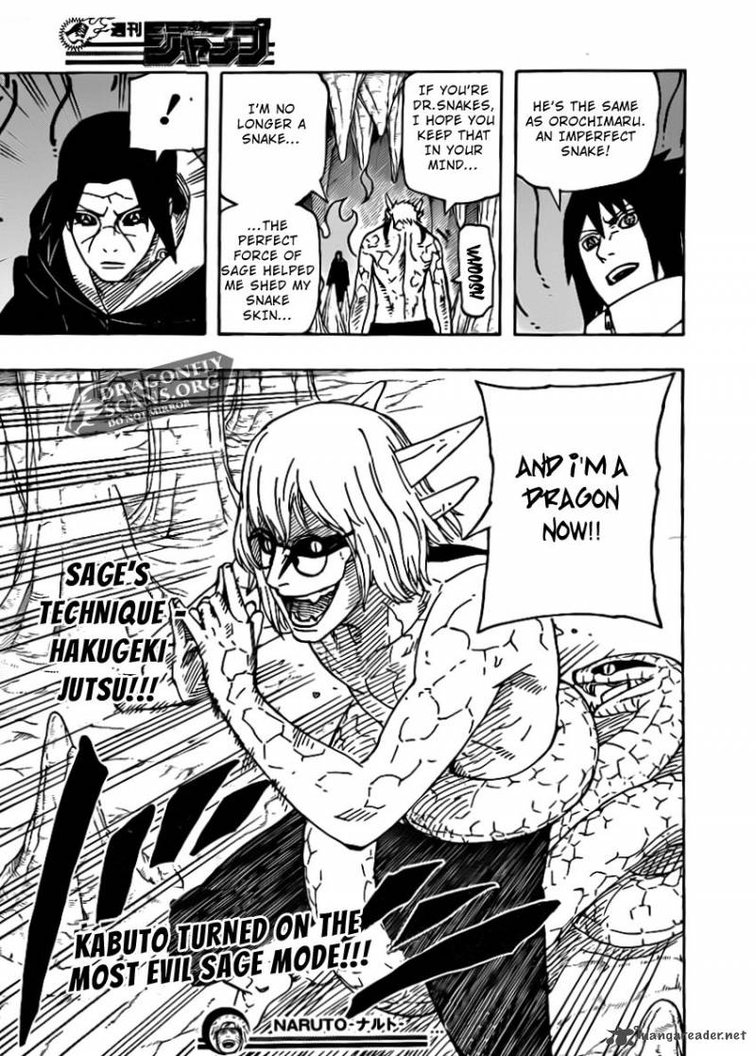 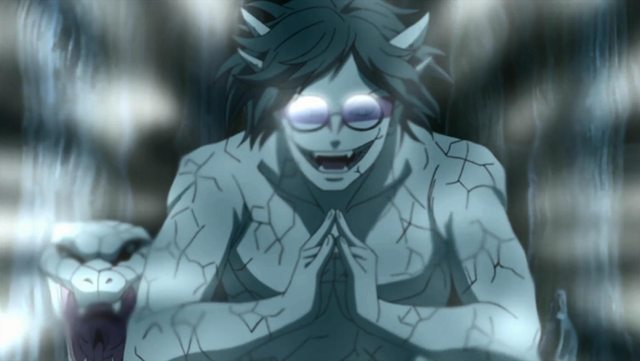 After Orochimaru's sealing, Kabuto travelled across the world and ultimately discovered the location of the Ryūchi Cave. There, he was taught senjutsu by the White Snake Sage and gained access to Sage Mode. Physically, Kabuto undergoes little alteration in this form, with the only visible changes being the markings around his eyes extending onto his back and the growth of four horns on the back of his head, as well as darkened sclerae.

[...] Kabuto also gains access to further snake anatomy, such as their brille, which allows him to severely impair his opponents through the use of intense light whilst remaining completely unaffected himself. [...]

Due to his research and self-modifications based on Jūgo's clan's abilities, Kabuto's body can passively and continuously absorb natural energy without aid even when moving, allowing him to potentially maintain his Sage Mode indefinitely. According to Kabuto, this meant that he was no longer a snake, but had instead transcended into a dragon

9
Can Naruto go into Sage Mode repeatedly by using idle shadow clones?
23
What type of Sage Mode does Hashirama enter?
2
Why wasn't Jiraya able to use Sage mode completely?
2
Can an Uchiha master Sage Mode?
1
What is the difference between Kabuto's sage mode and Naruto's sage mode?
4
Does Naruto still have Six Paths Sage Mode?
2
Why doesn't Minato use Sage mode against the "Masked Man"?
0
Did Naruto stack Sage Mode with Sage of Six Path Mode?
0
how close was kabuto to achieving the power of sage of six paths?