What is the significance of Rio Poneglyph?

Why is the Rio Poneglyph so important to Robin? In fact her only reason to go to the end of Grand Line is to find this Poneglyph.

It's important because it's said that it contains information about One Piece history including the Void Century.

The Rio Poneglyph (真の歴史の本文, literally translated as "True Text of History") is the message carried by all the poneglyphs along the Grand Line. It contains the true history of the One Piece world (including the "Void Century" of which research is forbidden). In order to find it, one must take all other passages from the other Poneglyphs with them on their travels, and it is only completed upon reaching the end of the world; in other words, the island Raftel. Gol D. Roger seemed to have accomplished this task, according to Rayleigh, though it is uncertain if the other members of the Roger Pirates (i.e. Shanks, Buggy) know the world's history.

Source: Poneglyph - The One Piece Wiki 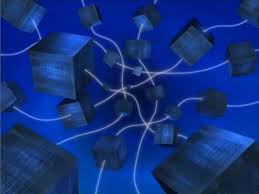 Why is it important to Robin?

Nico Robin was born on the island of Ohara , and came from a family of archaeologists. Her mother, Nico Olvia, went out to sea to find the True History. But she along with the archaeologists of Ohara were killed by the World Government through a buster call.

So naturally, Robin became an archaeologist to finish the work started by her people and to know the true events of history, thus exposing the World Government.

The most important event during the Void Century seems to be the Great War. It ended with the fall of Shandora [City of Gold]

82
The treasure in One Piece is at the end of the Grand Line. But isn't that the same as the beginning?
7
Who wrote the passage on the Poneglyph at Skypiea?
4
If the government wants to hide what happened during the void history why won't they just destroy the Poneglyph stone instead?
11
Can Nico Robin really reveal the void century?
2
Why doesn't the navy arrest every pirate entering Grand line
5
What is on Red Line?
11
How did people even know that the One Piece was in the Grand Line?
3
Why did Luffy not command the Straw Hat Grand Fleet against the Big Mom Pirates?
0
One piece world travel

// TODO sg: TMP solution until we are confident in our current implementation of async imports // once we are, we can move the if into the js entry file and dynamically load the mark obsolete module