What is Sabo's Power?

Sabo has been shown to use Dragon type attacks in the latest episodes of One Piece. But does it have something to do with the Dragon Style of fighting (from Dragon Claw on Burgees), or has he eaten Ancient Zoan Type Dragon fruit (Dragon's breath on the Colosseum's fight ring)?

Based on Manga Chapter 744:

Thus until chapter 744, Sabo did not have devil fruit powers.

Since he is a part of the Revolutionary Army that is lead by Monkey D. Dragon, who also happens to have saved Sabo from the evils of Goa Kingdom, so Sabo could have named his attacks based on his training under Monkey D. Dragon.

As @Sp0t pointed out, Sabo has a strong haki that can be determined by the color of his body just before the attack that destroyed the arena ring in the Dressrosa arc. 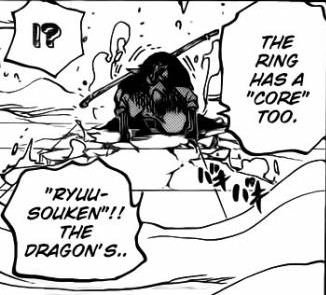 Furthermore, you see his arms darken when he uses his "dragons"-style. This implies that his fighting style is based on Haki. We now could guess that he uses elements of the fishmen Kumite or something else (I have this "everything has a core, Rebecca" clause in mind).

1
What kind of power does the new "Lucy" have?

0
What class of Devil Fruit does the Gomu Gomu no Mi come under?
2
What skills introduced prior to the formal introduction of Haki are Busoshoku Haki based?
3
Did Ace master any Haki abilities?
4
Why can Devil Fruit users use their abilities while wet?
8
Is Jack a fishman?
9
Has Crocodile already "awakened" his Devil Fruit Power?
9
What would happen if Devil Fruit that Chopper ate were eaten by a human being?
6
What purpose does Zoro's third sword actually serve?
1
What is the deal with some Emperors
0
How does Machvise even hit anyone?