Who is the woman in the opening cutscene of Tales of the Abyss 3DS version?

In the opening of Tales of the Abyss (from the 3DS, not sure about the PS2), at around 1:40, there's a shot of the Daarth Cathedral where there's a woman letting out something like a gust from behind her (moment before you see Ion or Florian at the alter behind). There seems to be more of this woman, as when I start a new game, the first cutscene shows a group of them gathering above the planet.

I'm currently on the final battle. At first, I thought the woman was Lorelei, but the characters call Lorelei a he. I checked the walkthrough to see if I was on the very last battle, since in Tales of Graces F there was a second story after I defeated Lambda which focused on fighting Little Queen, I confirmed that the fights I'm on are the last. (Then again, the walkthrough is for the PS2 version. A second story could have been added for the 3DS version, but I doubt it.)

Since I'm at the endgame, I am still wondering who this woman is?

I'm pretty sure it the spirit of Yulia Jue. It's also her her spirit floating about the world in the opening scene. 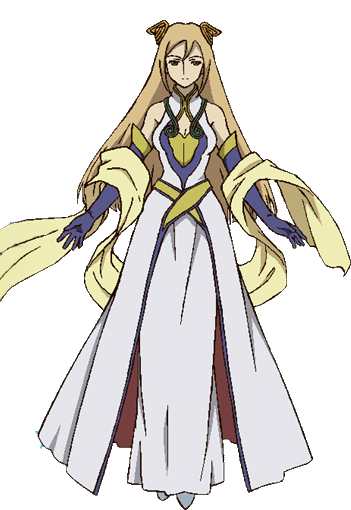 Not the answer you're looking for? Browse other questions tagged tales-of-the-abyss or ask your own question.

1
Is there a connection between the Sephirot and Tales of the Abyss?