What is an ONA?

Searching through MAL and other anime sites, I found an unfamiliar type of anime. What is an "ONA"? Is it different from a OVA? 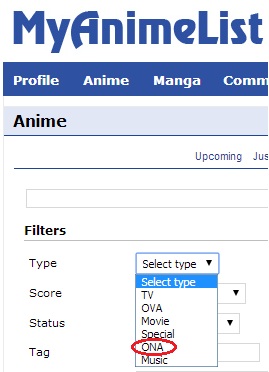 ONA and OVA are completely different in terms of their target markets.

An Original Net Animation (ONA) is an anime that is directly released onto the Internet(1) while an Original Video Animation (OVA) is an animated film or series made specially for release in home-video formats.(2)

Many ONAs are designed as side stories to an existing franchise, or are simply promotional vehicles. The ONA Hitotsubu ni Kawaranu Ai wo Komete, for instance, was created to celebrate the 100th anniversary of Morinaga Milk Caramel candy. HALO Legends tells several standalone stories in the universe of the HALO video game.(4)

Some examples of ONAs:

NOTE: Just a different name for the same show, some of anime site name it web.