Why didn't Jiraiya use reverse summoning as a way to escape?

We know that animals can reverse summon humans who have a contract with them. So, my question is: why didn't Fukasaku reverse summon Jiraiya to Mount Myoboku while fighting Pain? If Jiraiya had enough time to write on Fukasaku's back then a reverse summon could be performed easily in that time. This would end up giving Jiraiya intel on pain and leaving the Sannin alive.

Why was reverse summoning not used to save Jiraiya? Are there any limitations on the technique that prevent its usage?

Simply said he could have, and Fukasaku even recommended Jiraiya to do this. But Jiraiya decided not to since he already got too close to find out Pain's ability and identity. Also there would be no second chance in finding out his ability after this anymore, because Pain would be more careful afterwards.

When Jiraiya originally summoned the elder toad couple they also asked him why he was fighting1. A few chapters after, when Jiraiya already got gravely wounded2 and orders the elder couple to retreats he gives his reasoning for staying 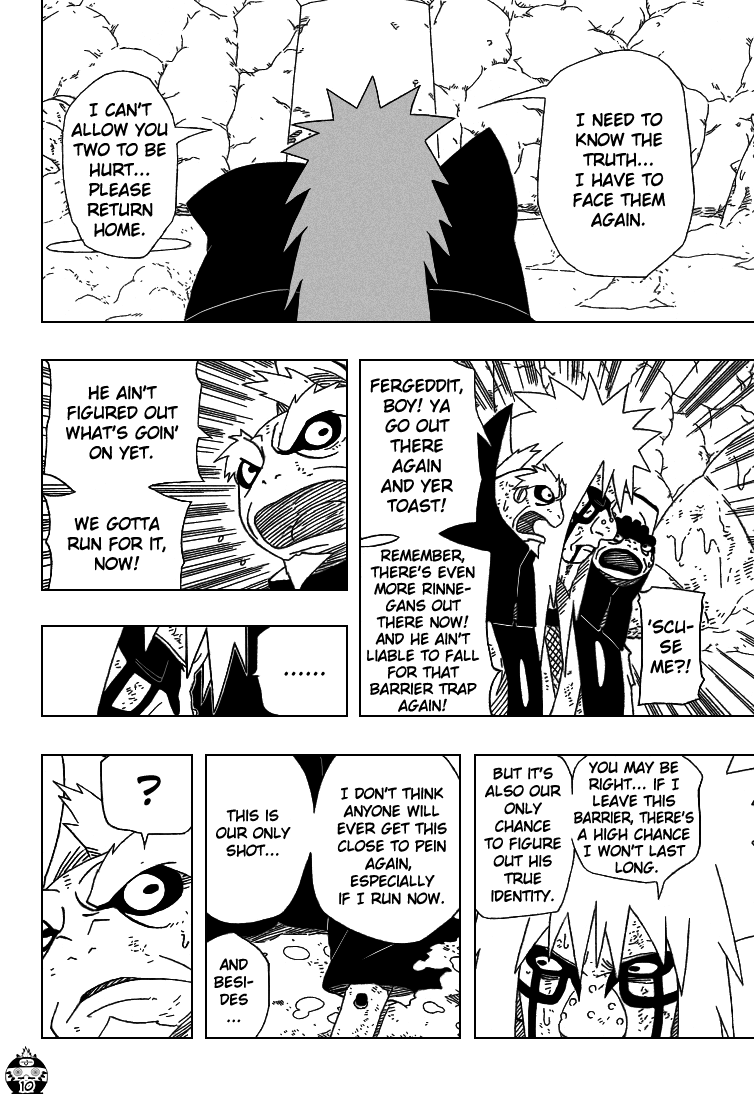 10
Why did Jiraiya have to die?