Is Doflamingo really dead in chapter 743?

Kyros appears to have killed Doflamingo in chapter 743. Is he really dead? I want Doflamingo to die, but he can't just die so quickly. There should be a fight between Doflamingo and Luffy.

Doflamingo-sama is alive and well, as expected.

In chapter 744, we can see his head saying

Fufufu... You guys really got me good. I'm head over heels in shock. 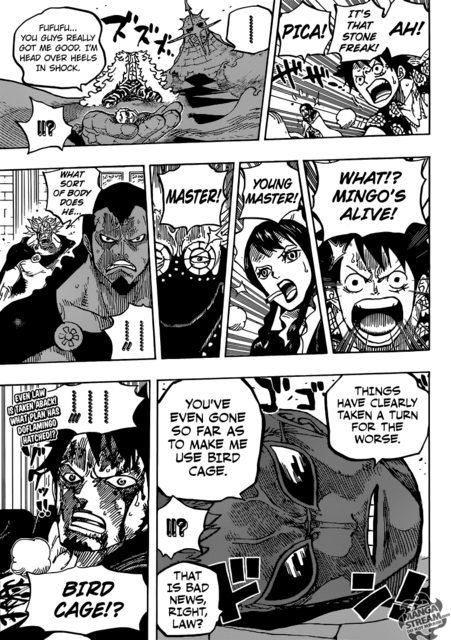 While in chapter 745, we can see that there are in fact two Doflamingos. The left one is the headless Doflamingo whose head Kyros severed, while the right one is (probably) the real Doflamingo. 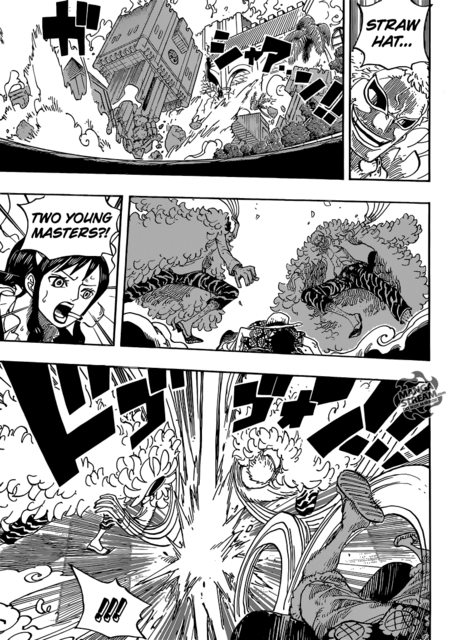 Later in chapter 745, we can see Violet explaining what was going on.

It appears to be a marionette made of string! 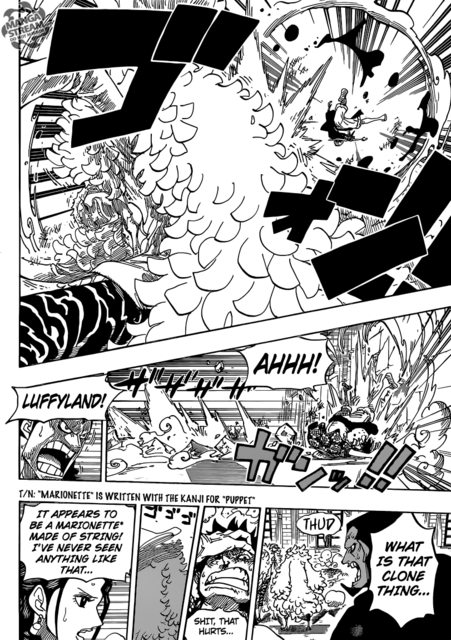 Basically, since Doflamingo ate the String Fruit, he has become a string human. He can manipulate strings to the extent that he can create a marionette duplicate of himself and move it around as if it were him. It was this marionette that Kyros had severed the head of, not Doflamingo's real head. Therefore, he is still very much alive and completely unharmed

at that point at least.

It is now absolutely confirmed this attack didn't kill him, his head gives orders to his subordinates in the next chapter while Luffy shouts in surprise "Ah, Mingo is still alive!"

No explanation as to how he's alive though, should find out eventually. 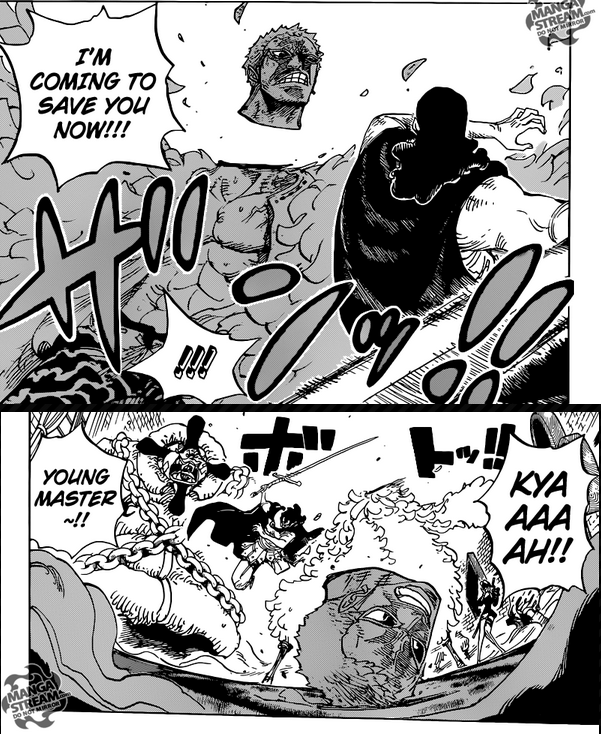 People have come up with many theories of how Doflamingo was not killed by this attack. Here are the theories from Youtube. Some of them say that either Law used "Room", or maybe Doflamingo somehow reattached himself because of the Ito Ito no Mi's power. But as your question asks "Is Doflamingo really dead?", I will try to answer that.

Whenever a person is killed or dealt a severe blow, Oda always shows blood in that panel. In this case, we can clearly see that no blood has been spilled. Looking at the expression of Doflamingo's expression on the bottom panel, it doesn't look like he is dead. So we can assume that he is not dead.

On a sidenote, it would be very anti-climatic if Doflamingo died in just a single blow.

It's because his devil fruit Ito Ito no Mi can be used as a Marionette where he can create an exact clone of himself. I have just read the recent chapters, man, I love Oda!

5
What story are the two new admirals based off of?
8
Is there a way to kill Brook?
4
Luffy as a water balloon
3
Where is Sanji in this currently ongoing Dressrosa fight?
4
In the Dressrosa Arc, why doesn't Luffy use Gear Second to quickly reach Doflamingo?
4
Why does One Piece antagonist disappear after being defeated?
2
How many crew members that Straw Hat should be?
2
Why do the Straw Hats never have money?
6
Why can't Haki be used with seastone cuffs?