Who is this female character from the 2005 series?

In the second half of the 233rd episode of the 2005 Doraemon series, titled "Gravity Paint" (重力ペンキ). There seems to be a new girl (left most one in the picture below) in the group. Who is she? When did she first appear? 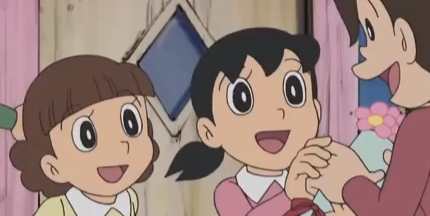 This portion of the episode was adapted from Chapter 72 (or the 2nd Chapter in the 5th volume of the short manga series) of the manga chapter by the same name: 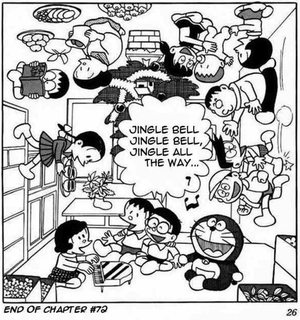 In the manga, Yasuo (aka "Boy A," the one with the baseball cap) takes her place.

She's one of Nobita's classmates that appears as a recurring character. The 2005 series seems to have introduced more minor characters, most of whom are unnamed.

From the episode 熱血！のび太の運動会, the general layout of the classroom looks something like this (only recurring characters are indicated):

As for her name, I'm not so sure. She's neither named nor addressed directly in the Japanese subtitled version.

All of Nobita's classmates' names seem to be on here, from ためしにさようなら: 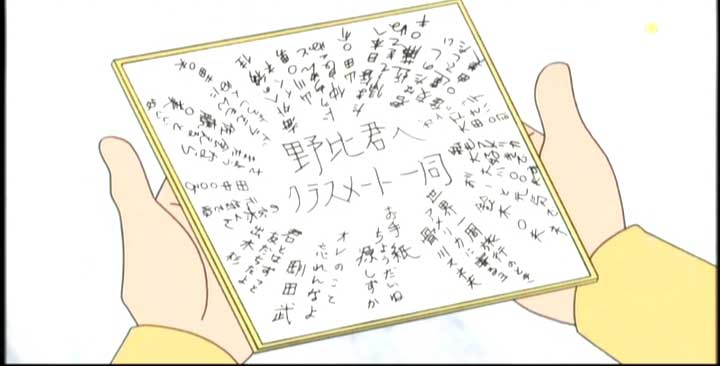 (Either they literally have ○s in their names, or it was intentional.)

It seems that not all of Nobita's classmates signed it.

From watching other episodes, I have deduced the following:

Boy A and B are the ever-popular recurring side characters Yasuo (安雄) and Haruo (はる夫).

The characters seem to refer to the girl as "委員長 (class-rep)," so I guess she's the class rep... and it should make sense for her to sign it.

It's possible that the two girls with missing names are named here... or they could be some other classmates/people altogether.

3
Is Doraemon supposed to end in volume 6?