I've often come across gangster-themed Madoka subtitled screenshots, but I haven't been able to find any solid evidence that they exist. Sometimes the characters are referred to as Swagdoka and Homubro instead of their actual names Madoka and Homura

The images below are sample of these gangster subtitles, and are in differing scenes throughout the show. 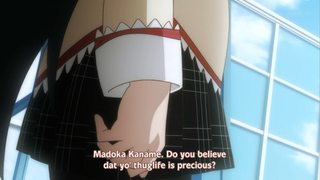 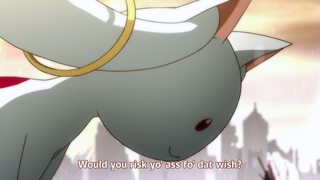 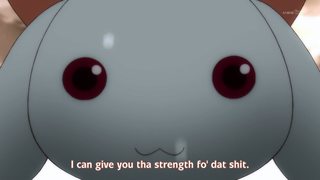 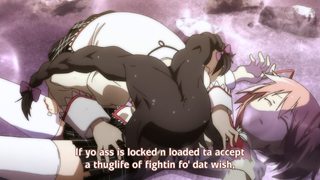 I'm not asking for any links, I was just wondering if these subtitles actually exist or if it's mostly internet rumours and only some scenes have been 'gangster-ized'.

So, after a while of researching this, it appears that someone had taken a subtitle file and run it through Gizoogle's Translation site.

What this does is translates sentences such as:

The subtitles have not been published online, whoever created them merely posted screenshots. But if you had an original subtitle file, you could replicate it easily enough by using the same process.

Not the answer you're looking for? Browse other questions tagged madoka-magica meme or ask your own question.