When does Mystogan defeat all of the Phantom Guild's subdivisions?

On the Fairy Tail Wikia, on the page Magic Staves, it says that Mystogan defeated all of the Phantom Guild's subdivisions by himself. However, I don't remember when this occurred. Which episodes was this from?

From this information, I have come to the conclusion that the episode would most likely be during the Phantom Guild Arc, but I still can't find it.

This is a snapshot from chapter 65 of the manga : Fairy Law. The anime should too have it in the same episode named Fairy Law. 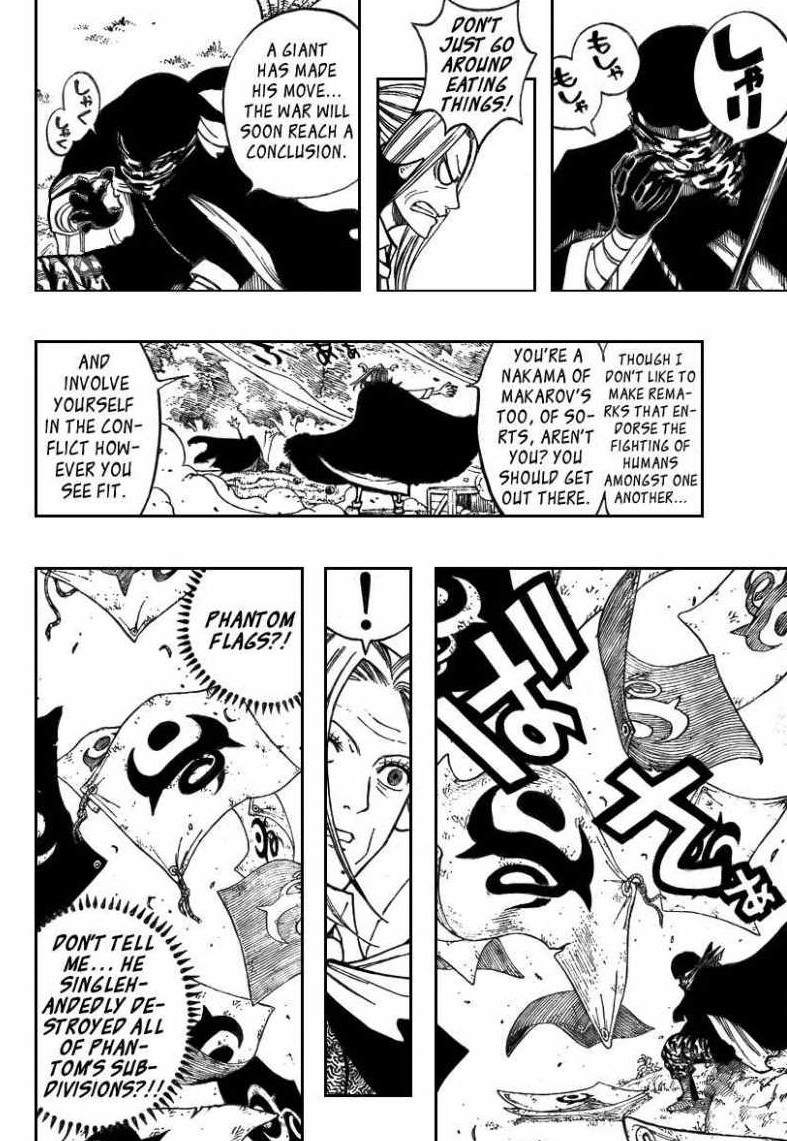 Quote from the wiki linked above:

Just then, she notices Mystogan sitting quietly not far from her, who asks her for apples, and she realizes that the reason Makarov managed to heal so quickly was because the mysterious S-Class Mage gathered his scattered Magic power. She proceeds to lecture him for not joining the battle and helping out his comrades, but then the wind starts blowing and scatters numerous flags with Phantom's emblem on them around. Porlyusica realizes Mystogan did more than enough by taking out all of Phantom's subdivisions single-handedly, and the two remain still, discussing the situation enigmatically.

2
Was Grimiore Heart aware that Zeref was still alive?
5
Is this Erza's new armor in the new chapter of the Fairy Tail manga?
1
Why wasn't Byro's magic working on the new Oracion Seis?
2
What is secret dragon slayer art?
0
How come there are so many Dragon Slayers?
0
Why did Warren need to invent communication lacrimas?
0
Does Fairy Tail have one main goal / plot, or is it just many separate stories?
3
Why we rarely see magic circle during battle in Fairy Tail : Final Series?
0
For the 2nd movie of Fairy Tail: Dragon Cry, at what moment is it placed?