"As far as taijutsu, amongst those who have fought me... there has only been one who has come to your level..." 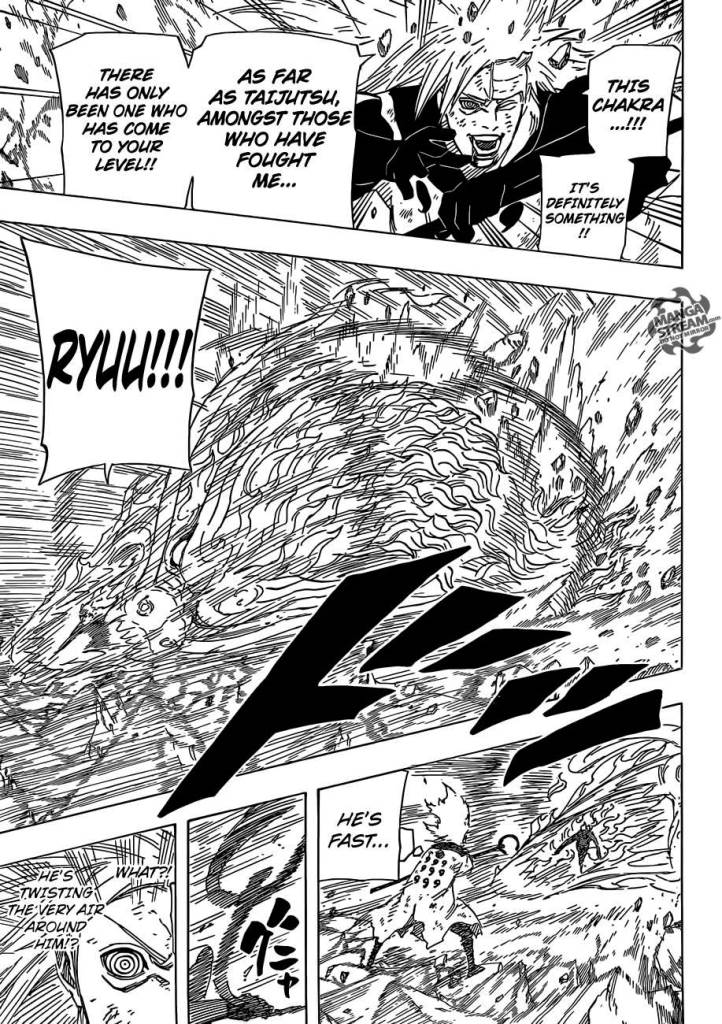 The picture you posted is actually a mistranslation, I have the official English release from Viz manga where Madara says "Of all those who have fought me over the years, there's no one who surpass you at taijutsu!"

Madara says that Gai is the strongest taijutsu user he has ever faced, and he has faced Hashirama Senju repeatedly in the past in life or death fights, while the latter was in Sage Mode, which pretty much puts you out of everyone else's league immediately.

When you consider that Madara gets his powers from being the reincarnation of Indra, and having absorbed Ashura's chakra to awaken the Rinnegan, and since fighting the Kages he has become the jinchuriki of the ten tails, making him vastly more powerful again.

But even in this Godly state, Gai's kick is almost enough to kill him, shattering his ribs and arm on one side and making him cough up blood before his healing steps in.

Gai is the strongest taijutsu user ever, almost without a doubt, his only potential rivals being Madara, Naruto and Sasuke, depending on what they can do with the Sage's chakra. When you consider that Gai is just a normal ninja who isn't a jinchuriki, or a reincarnation of the Sage's children, yet those are the only people who can compare to him, he really is incredibly impressive.

15
Did Jiraiya meet Naruto by chance?
9
What are the six paths?
10
How did Madara know that Sasuke is the last surviving Uchiha?
8
Where/whom did Madara donate his right eye?
20
Who is the strongest Hokage?
3
How was Kakashi Hatake able to survive and become the next Hokage after losing his Sharingan?
2
Why didn't Madara absorb this technique?
3
What is the Senju clan's speciality?
3
Why do characters from Jujutsu Kaisen make so many references to the Naruto-verse?