If the "Truth" didn't exist, would that mean that feats such as Human Transmutation would work?

In FMA Brotherhood, It is said that Truth watches over all alchemic exchanges in the world.

The entity at the Gate calling itself Truth: 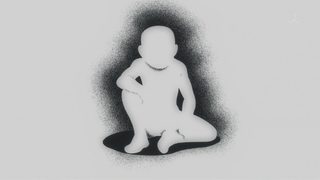 My question is if Truth didn't exist would impossible feats such as Human Transmutation be possible? Would such a thing be possible?

Resurrections, a method of human transmutation, only has a problem with the soul. Since it is gone, you cannot call it back. Think of it like a chemical change, e.g. burning paper, you cannot restore it. The only real successful attempts of human transmutations are the homunculi though, but they still need souls too. To make up for the lack thereof, they run on Philosopher's Stones, which incidentally is made from trapped souls.

So Human Transmutation is possible. Just not all methods will achieve desired intent.

This is really simplified from memory of the show but should get the point across.

EDIT: PS: Alchemy is still used medicinally. You could argue that without Truth punishing people attempting to reclaim souls that at best they would just craft human shells or fresh corpses (as weird as that sounds). Remember, this is basically high-speed 3D printing.

9
What happens if too much is given during a transmutation?
1
How can Edward perform human transmutation on himself?

8
Why are the 'things' that are created from human transmutation so randomly generated?
5
How Edward managed to escape from Gluttony?
8
Where does the flow of power come from for a Transmutation Circle to work?
17
How did Alphonse recover his pre-gate memories?
15
Are the events in Ishbal based on or inspired by the Holocaust?
5
Why is human transmutation illegal or that matter have alchemy laws?
6
Why is Ed able to exchange his knowledge?
3
Was body rejection even a possibility?
1
Could Edward regain the ability to perform alchemy after the events in Brotherhood?
0
The Homunculi names in Full Metal Alchemist 2003