Who the hell is Truth?

In Full Metal Alchemist, who is the character (or the concept really) of Truth? What does he symbolize? What is his purpose?

From what I guess, he's some sort of your inner God, because he seems to know you better than you do yourself. He knows the best way to punish you, the way that would hurt you the most. He must be tied with alchemy and alchemical knowledge, but what is he?

Truth himself (itself?) states,

Who am I? One name you might have for me is the world, or you might call me the universe, or perhaps God, or perhaps the Truth. I am All, and I am One. So, of course, this also means that I am you. I am the truth of your despair, the inescapable price of your boastfulness.

Truth is a being which has no physical form, and a being which regulates all alchemical exchanges that take place. He essentially exists in order to prevent humans from "playing God" with alchemy; when human transmutation is performed, for example, Truth intervenes as it is seen as an unfair (inequivalent) exchange.

In these ways, Truth is somewhat symbolic of God. It has also been compared to gods in other mythos, such as Hera, a Greek goddess who was known to vengefully challenge heroes.

Hera was known for her jealous and vengeful nature, most notably against Zeus's lovers and offspring, but also against mortals who crossed her, such as Pelias.

However, it is important to realize that Truth is not God. While it is certain that they are linked in some way, God is the entity which lies within the domain of the Gate (the eye and mass of black hands that restrain his "victims"). 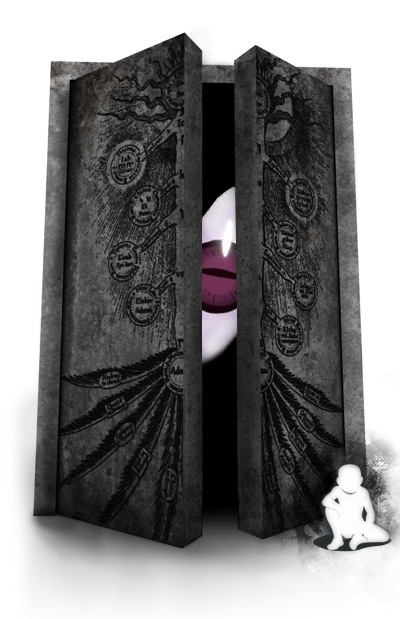 (The Gate, Truth sitting in front, and God within it. Source: Wikia)

When an alchemist pays the toll and is forced through the Gate by Truth (and by God), they are shown all knowledge about alchemy. Their minds can only absorb so much, but enough is clear that they are able to perform their alchemy without requiring a transmutation circle.

So, what exactly is Truth? He is a vengeful, godlike being, who is linked to God, and governs all alchemical exchanges performed by alchemists. He has no physical form, and exists only metaphysically within the mind of each alchemist.

He is you and he is the Universe. He is everything.

When the Elric brothers train in the island, they realize the connection between the 'one' and the 'all'. They understand that everything is connected. I think that what they understand is Truth itself. They understand something that is in them and around them.

So basically, I don't think that Truth is a God (at least in the usual sense), but rather a sort of law that runs everything. It is in you and everywhere around you. However, it materializes itself as a humanoid form in your subconscious or whatever place that is where the gates are.

13
Why did Colonel Mustang lose his sense of sight and not his arm or body?
11
What are the origins of alchemy in Fullmetal Alchemist?
7
What is inside the Gate of Truth?

11
How does the equivalent exchange of alchemy work?
7
What is inside the Gate of Truth?
7
What does it mean that Gluttony is a fake Gate of Truth?
9
If the “Truth” didn't exist, would that mean that feats such as Human Transmutation would work?
20
Who is the man in the suit in the Fullmetal Alchemist series?
13
How much of the normal process of doing alchemy can be circumvented by seeing Truth?
25
What is this huge symbol on the door in the Truth realm and in the Neon Genesis Evangelion opening?
4
Has the State Alchemist pocket watch ever been shown to be of use in a transmutation?
2
Philosophical meaning on how Ed beat/defeats Truth?